“Just sit down and write the check. We’ve known forever that women are under-paid so instead of issuing policies and outlining strategies, just look at the number, see who’s underpaid – and write them a **** check.” That’s the advice of Patty McCord, formerly Chief Talent Officer at NetFlix.

We were discussing the notorious and stubborn pay differential, which means that women typically earn 79 percent what men are paid. Legally this pay gap should not exist. In reality it does for many reasons: women come in at lower pay, they can be slower to negotiate raises and promotions. One Motorola HR executive acknowledged to me that she often gave men more raises—because they asked for them. So over time, women end up behind. And then there’s a huge amount of hand-wringing, brow-furrowing and consultation.

Forget all that, McCord said. Just do the numbers and pay up. Instead of agonizing about women’s confidence—just pay them better and guess what: Their confidence will improve. It really isn’t difficult. You just have to want to do it.

I know this from personal experience. I once discovered I was being paid precisely 50 percent less than my male peers. I knew this because the head of HR told me—but I could do nothing about it without exposing my source—until one of my peer’s salary turned up in a public document. At this point, I wrote a long email of rage, cut it, cut it some more—and finally sent one sentence regretting the discrepancy. Overnight my pay doubled. It wasn’t difficult.

Instead of agonizing about women’s confidence—just pay them better and guess what: Their confidence will improve.

McCord’s one of the straightest HR people I’ve ever known. She’s calls it as she finds it and brings to an often murky and overly complex discipline a bracing gale of fresh air. In challenging employers just to pay up, of course, she’s putting her finger on the real problem: Do they want to?

It’s hard to tell. I think my former employer thought, ‘If I can save 50 percent of a salary, why not? After all, she agreed to it!’ The same argument may underlie the U.S. Soccer Federation’s bizarre and extravagant under-payment of the women’s soccer team: though the women’s team generates $20 million more revenue than the men’s team, the women earn 25 percent of what the men are paid. No surprise that the women have filed a wage discrimination action with the Equal Employment Opportunity Commission.

In some cases, admittedly it’s hard to compare like with like. Equal years of experience aren’t always purely comparable; projects are rarely identical; degrees from different colleges aren’t the same. So you can, if you insist (and many employers do insist) find ways to nickel-and-dime women who, in any event, feel uncomfortable and selfish negotiating for more. Obviously you can get away with it. And truly awful bosses might think themselves awfully smart when they do.

What CEOs fail to see is the rage they inspire—and the loyalty they might engender if they did the simple, obvious and right thing. Smug satisfaction at apparently winning a cheapskate deal is blind to the true cost: cynicism, disaffection, contempt.

Patty McCord knows everything there is to know about the demands of business and the cost of talent. She’s a walking authority on creative corporate cultures. And she passionately believes that if you treat employees like adults, they are highly likely to behave that way; when you give people freedom, they assume accountability. If you’re straight with them, they’ll be straight with you. No need to overwork things; the gender equality problem need not be a hard problem. Pick up your checkbook and write the check. 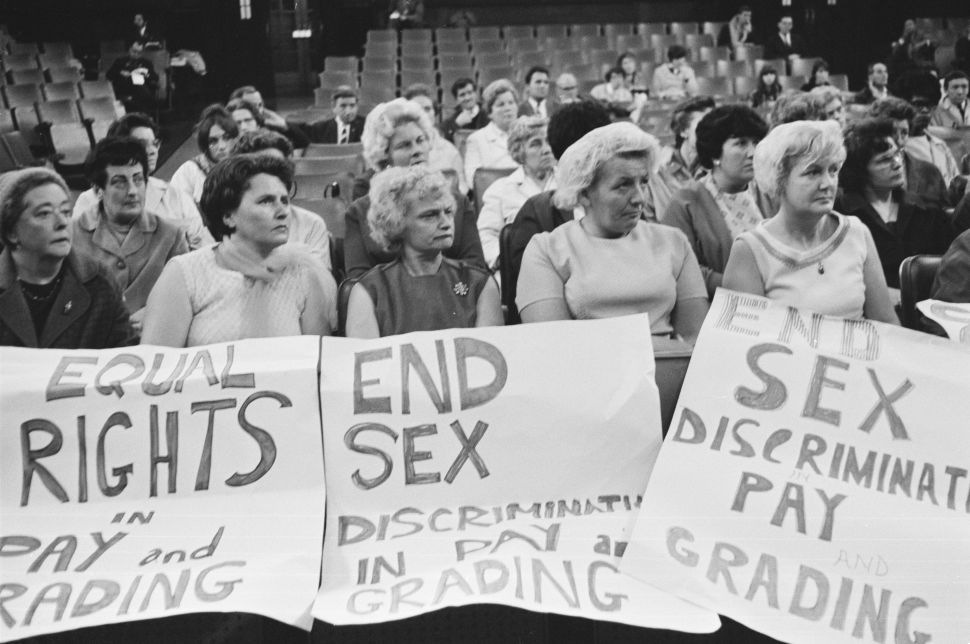