If I could smash the Gold Medal into thousands of pieces, there wouldn’t be enough to give one piece to each person who helped Scott Strausbaugh and I race as well as we did at the 1992 Olympic Games.

Honestly, that thought – having many small pieces of the medal as opposed to the whole thing – was one I had pondered. It appeals to me to give someone an acknowledgment of their contribution, or to randomly recognize a good deed in a special way. But, I never considered it too seriously.

The sight of thousands of little pieces became a very real sight last month. After enjoying late afternoon dinner at an Atlanta restaurant, my family and I returned to our car in the parking lot behind the restaurant to discover thieves had shattered the window of the back passenger door. Shards of glass are spread out across the backseat and in the parking lot beside the car.

My heart sank. I figured the new clothes that our 15 year-old daughter, Seu, had just bought, along with her bags she brought with her for her flight later that evening to the mountain west, were gone.

I peered in through the gaping hole in the car door. “They didn’t get anything,” I said to my wife, Lisa.

Then I lift the tailgate. I see my black sweater on the floor on the back section of the car. The sweater had been lying on top of the backpack that contains my computer, passport, and journals.

Tucked into a mesh sleeve inside of the backpack’s top pocket is my Olympic Gold Medal. On August 2, 1992, navigating the man-made whitewater channel 2 hours north of Barcelona in the Pyrenees mountain town of La Seu d’Urgell, Scott and I in our sleek two-person racing canoe became the first Americans to win an Olympic Gold Medal in the sport of Whitewater Canoe Slalom. No American has done so since.

That backpack is nowhere to be seen.

For the past 24 years, the gold medal we won at the Olympic Games goes most everywhere I go. I know it’s there but forget it’s there – an unencumbered relationship.

The medal is easily accessible and ready to share – held and touched by tens of thousands of people. From Polaroids to Snapchat, the medal has adjusted to generational change better than most of us.

Moment after moment, person after person, for 24 years, I never tire of one observation – how the medal engages the person who holds it. Throughout that span, tens of thousands have touched or held the medal.

A Connection Is Created

The medal never feels like it is mine – it is ours.

“Ours” plays by different rules than “mine.” I don’t write the scripts for “ours” – we just live them.

“Ours” seeks out and ultimately fuels a deeper connection among us, around us, and inside of us.

“Ours” would die a slow death under a lock and key. There is no oxygen in a safe deposit box.

Peace and resolution start with a single step

Just a few minutes after we discover the medal was stolen, my wife, Lisa, shares a post on Facebook that explains what happened. The post includes photos of the stolen car used by the thieves to transport themselves to the scene of the crime.

The viral nature of and the response to the post hits a fever pitch very quickly.

Each scan through the Facebook comments is a powerful experience. It feels a little like attending a funeral. Not mine necessarily, but for a part of me.

The personalization of Facebook shares of the news articulates what our Olympic performance meant to friends, family, and people we didn’t even know.

The engagement of our stolen medal online also captures the attention of the Atlanta media. And then Chattanooga. Followed by DC. Soon the world.

Progress And A Break

After dropping our daughter off at the Atlanta airport to begin her kayaking adventure in the Mountain West, Lisa and I make the two hour drive back to our home in the southeastern Tennessee.

The next morning, Lisa receives a call from an apartment manager in west Atlanta – the manager says one of crew works found my computer bag by their dumpster. The Olympic medal is not with the bag but still a major break.

By the time I arrive at the apartment complex two hours later, the Atlanta Police Department is scouring the grounds. The stolen vehicle the thieves were driving is recovered not too far from the dumpster where my computer bag was found.

I am THRILLED to have my computer bag back – not only my computer but my passport, books, journals and other personal possessions are recovered:

When I first met Lisa, she was a producer at CNN. Sometimes, I would meet her at the end of a shift while she finished up a news package she in which she was working. I’d pull up a chair next to her in a small, dark production studio at CNN Center, and watch the detail of her edits – sound, cuts, transitions, etc. The thing is, Lisa never worked until a project was done – she worked until it was done well. No stone left unturned.

The day after I recovered by backpack, Lisa headed off to Atlanta with that same look and same focus as I saw in the production studio. She was on her way to the apartment complex where the stolen car was recovered and many of my belongings were returned to me, More stones to move…

While she didn’t locate the medal, the relationships she built with the residents of the apartment complex proved to be invaluable and set a tone of not just passionate focus but of connection, kindness, and community.

How you move stones a thousand times your size? Follow Lisa for a day.

In the days following the break-in to our car, our story spreads across all forms of media – throughout the country and around the world. The platform provides an opportunity to answer the basic questions:

Do you think you’ll get the medal back?

Why did you have the medal in the car in the first place?

Our conversations with members of the media beyond the Atlanta area vastly expands across the country and around world, including the Washington Post, CBS This Morning, NBC Washington, the New Zealand Herald, and BBC to name a few.

The global coverage of the story accomplishes three important points:

At just before 6pm on Saturday, June 18th, and about 2 weeks since the medal had been stolen, Lisa received an email from the StolenMedal.com website. The message was sent from a woman in Atlanta who says her 6 year-old daughter found what appears to be our medal while on a walk in Northwest Atlanta. She provides a photo:

It’s the medal. But what is not seen in the photo is the large, thick metallic base in which the top disc of the medal was attached. However to our relief, the most distinguishable part of the medal is completely intact.

Surrounded by a thick cover of green leaves common to the Atlanta summer, the front door swings open a positive burst of energies. Handshakes and hugs are exchanged. Wayne Smith, Chloe’s father, hands me the medal that two weeks earlier was stolen from our car. Unfortunately, we don’t meet Chloe that afternoon as she is visiting family out of state.

As expected, the medal is much lighter but has a brand new story to tell. One defined by the three of the most important takeaways from the past few weeks:

Community: We desire to be a part of something greater than ourselves. Day after day for two weeks, incredible actions led to goodness. Remove just one of those actions and perhaps, I am writing about a vastly different outcome.

Kindness: We want to believe in the goodness of those about which we know the least. People’s impressions of communities and cultures they don’t know are generally not positive. Chloe and her parents changed that.

Connection: Finally, I understand it’s not the recovery the medal alone that makes reaches people on a deep level. Instead it’s the connection Chloe and I form and how accessible that connection becomes to you and so many. We speak about the goodness we want in the world. The reality is we only get this goodness when you take actionable steps towards goodness. Like Chloe, age 6, does.

There was a lot of interest in the $500 reward we offered and ultimately presented to Chloe. But, there was one more part of the reward worth something much more:

In mid-July, Chloe and her parents joined me on Atlanta’s Chattahoochee, a river trip made possible by the Nantahala Outdoor Center. It’s here where I finally get to meet Chloe.

For the first time in her life, she experiences the rich gift of one of Atlanta’s most precious resources. She paddles, splashes, jumps, swims, and laughs. For hours.

After winning an Olympic Gold Medal for the United States, Joe Jacobi followed an expected corporate path reaching the rank of CEO. Following a long stint, Joe walked away from that job knowing there must be a better way. He now travels the world presenting at conferences, as well as to work with corporations and their leaders, business owners, and influencers about performance, life purpose and serving to full potential. You can learn more about Joe at JoeJacobi.com. 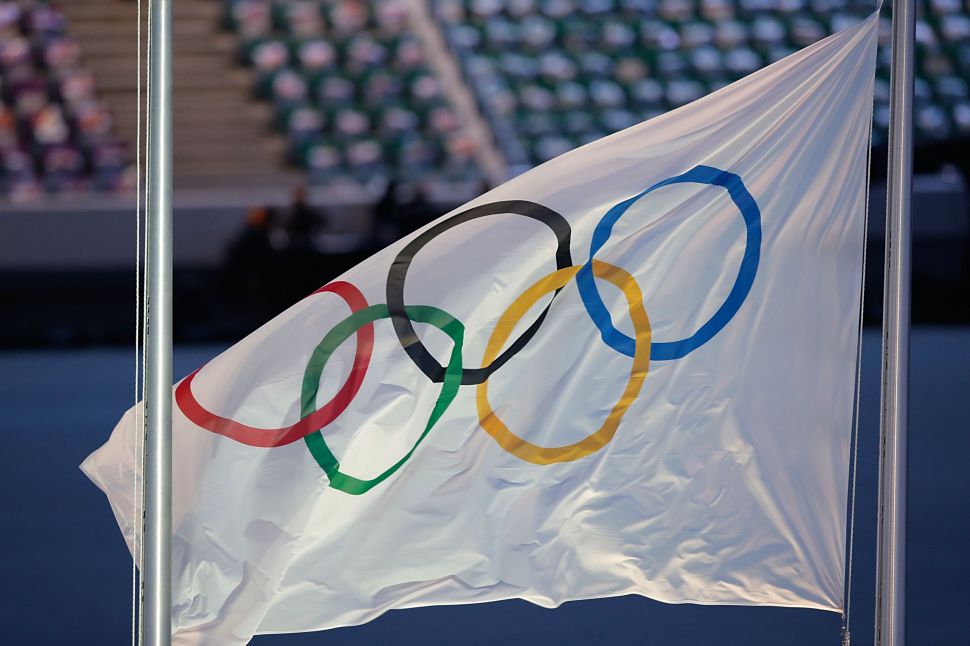