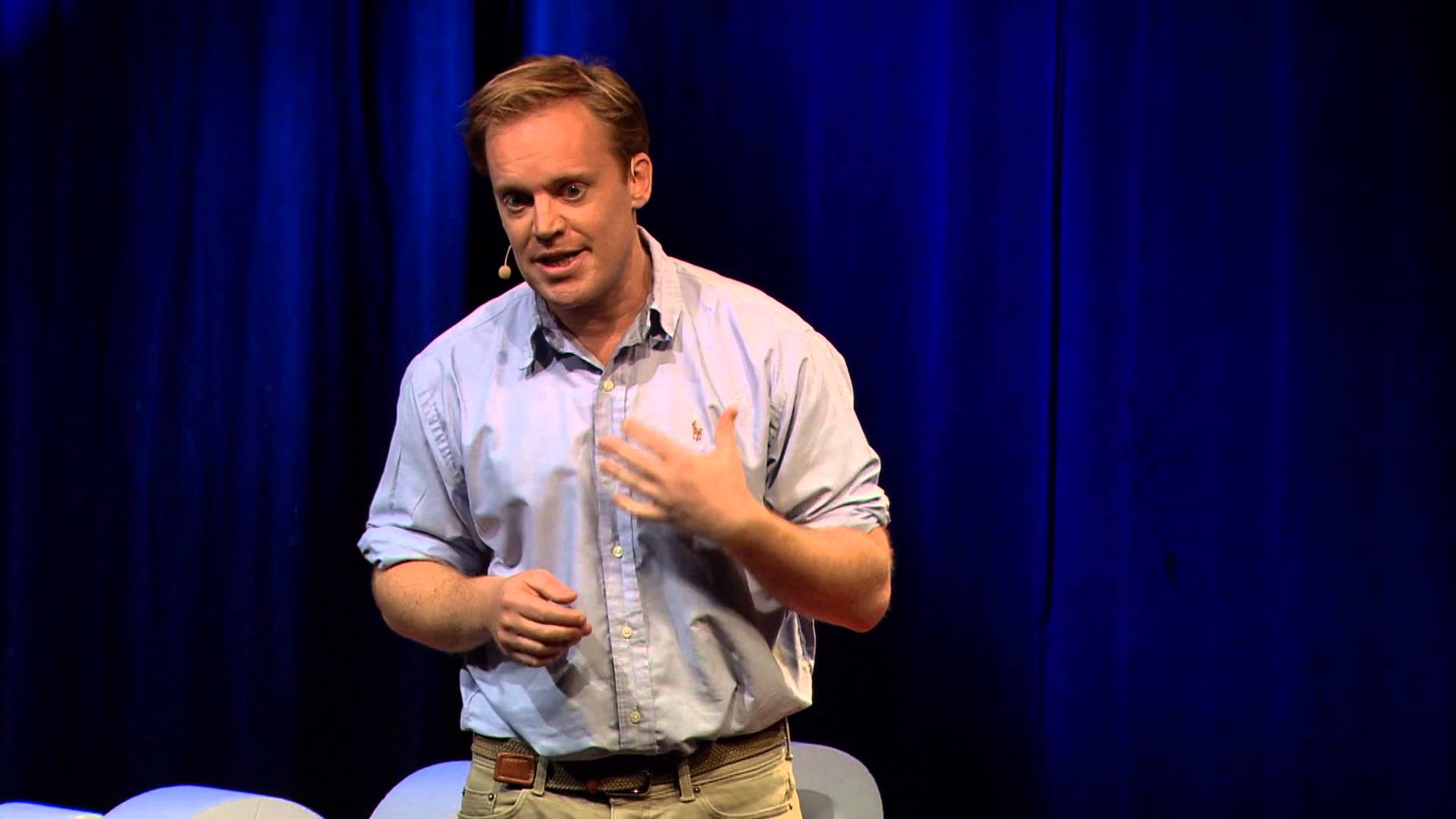 Jules Evans delivering his talk, “How Philosophy Can Save Your Life” (Photo: philosophyforlife.org)

Jules Evans is not who you’d think of when you hear the word “philosopher” but that’s rarely true when it comes to the best and most practical philosophers. The first time I spoke to Jules, he was interviewing me. I’d written a post about Stoic philosophy for Tim Ferriss’s blog that had gone viral in the online philosophy community. Jules emailed to ask if I’d like to be interview for NewStoa.com, what was then one of the largest (and oldest) communities around Stoic philosophy. I didn’t even know there was such a thing—and I probably learned more from his questions than anyone got out of my answers.

In the years since, Jules has gone onto to become a prominent writer and author. His book, Philosophy for Life is a hit all over the world and his Tedx Talk “How Philosophy Can Save Your Life” has been viewed hundreds of thousands of times. Stoic philosophy, which he has been a tireless advocate for, is more popular than it has been in centuries—with many bestselling books, conferences, and news stories extolling its virtues to a hungry public. He’s brought thousands and thousands of people peace, effectiveness and a little bit closer to wisdom through his unique take on ancient philosophy.

When I set up DailyStoic.com, I thought it was only appropriate to reverse the roles of our first meeting, I decided to reach out and interview him to see how philosophy can help us with life and indeed, become a way of life.

How did your to philosophy journey begin? What sparked your interest in Stoicism and philosophy as a way of life—or as you put it for life? If we understand correctly, you discovered it after struggling with some issues on your own in your adolescence?

I think I read Marcus Aurelius at school. Then, when I was 21, I was suffering from post-traumatic stress disorder and social anxiety brought on by some bad drug experiences. I suffered from that from 17 to 21, five pretty rough years. I eventually went to Cognitive Behavioral Therapy support group for people suffering from social anxiety. It helped me a lot, and it also reminded me of Stoicism. A few years later, in 2007, I interviewed the two founders of CBT—Albert Ellis and Aaron Beck—and discovered they’d both been directly influenced by Stoicism. It was around then that I became interested in the revival of Stoicism, and started to interview other people who use its philosophy today.

How do you explain Stoicism to people when they ask? Does it depend on the audience?

I usually explain it through the prism of CBT, because a lot of people are already familiar with that, or I compare it to Buddhism. I emphasize three ideas: firstly, that our thoughts affect our emotions. Secondly, the wisdom of focusing on what you can control. Third, the importance of habits. Those to me are the three best ideas in Stoicism.

Do you have a daily routine that incorporates any Stoic exercises? If so, has it always been the same? And which exercises do you practice? How has it benefited you?

Not really. It helped me a lot from 21 to 27, I’d say—when I was in a crisis and needed to change myself to get out of it. I might occasionally turn to it now if I’m in a difficult stage of life, but luckily life has been a lot easier since then.

What books would you recommend that you think embody Stoic lessons or ideas but usually are not mentioned in discussions about Stoicism? Or maybe you could recommend a Stoic gem that most people haven’t read?

Oh…hmmm…well there are Christian mystic books that are quite influenced by Stoicism, Thomas Traherne’s Centuries of Meditation for example. There are modern takes on Stoicism, like Bertrand Russell’s Conquest of Happiness. Then there’s a lot of rich stuff in classical philosophy in general—no one reads Cicero any more but he was the most popular author of the Renaissance.

What would be the one Stoic idea or exercise that you think anyone would benefit from? What would you recommend? Feel free to suggest more.

Well, the idea that business people and sports people find most useful is to accept what’s beyond your control. We’re all control freaks, so that’s a really useful, simple idea that we need to keep reminding ourselves of. 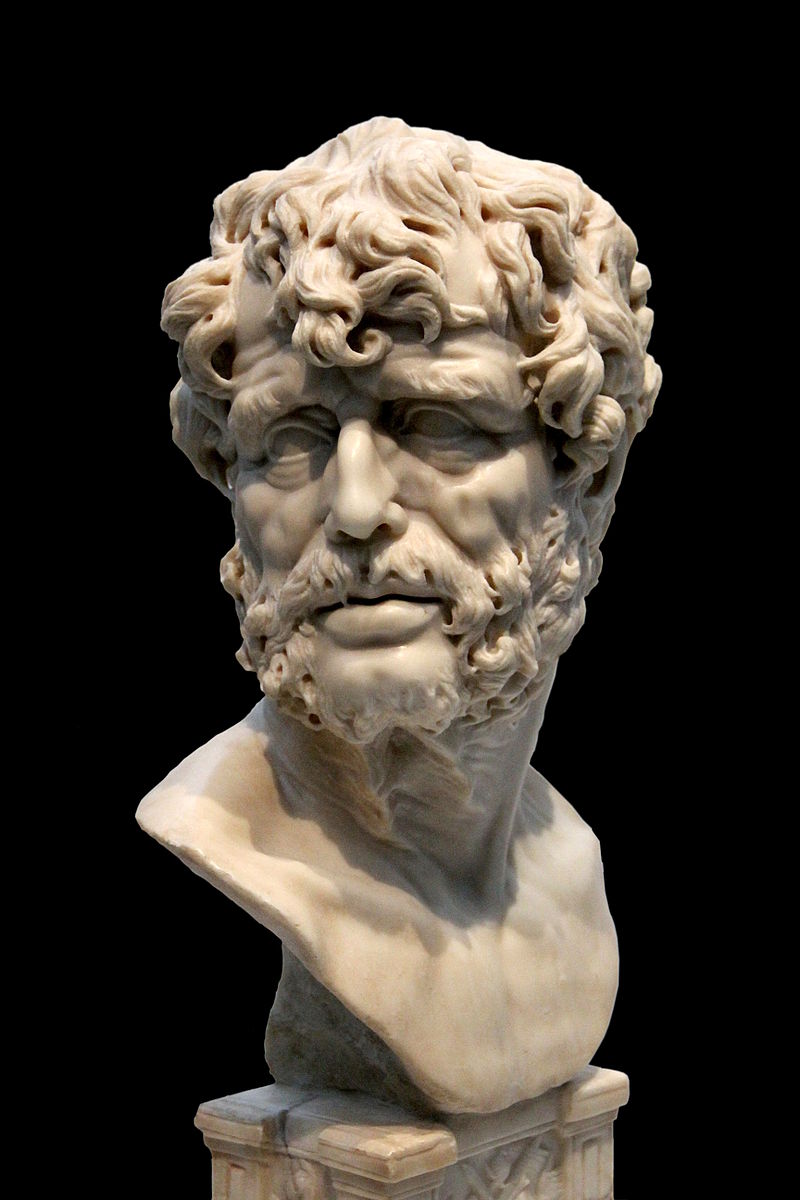 Bust of stoic philosopher Seneca by an anonymous sculptor of the 17th century. (Photo: Jean-Pol GRANDMONT)

Do you have a favorite stoic quote?

This one from Seneca inspired me when I was writing Philosophy for Life: ‘You are retained as counsel for unhappy mankind. You have promised to help those in peril by sea, those in captivity, the sick and the needy, and those whose heads are under the poised axe. Whither are you straying? What are you doing?’ I think a lot of academics could do with a reminder of that.

From what we’ve read, you feel like there is something missing from Stoic philosophy that you’ve tried to find by studying other schools and are beginning to write about. Can you tell us about that? Does that mean you would identify as a Stoic?

Well, there’s a lot missing from Stoicism. Humor, for one, a sense of the absurd. They didn’t have much sense of the power of the arts, imagination, music, dance, poetry. ‘There isn’t much dancing in Greek philosophy’ as Jean Vanier said when I interviewed him. It can overemphasize self-reliance and under emphasize the importance of friendship. Stoics can be Puritans, which I’m definitely not. In general it can overemphasize rationalism and miss out all the importance of non-rational ways of knowing like ecstatic states, which involve the body more. I don’t think rationalism is the last word in consciousness. Stoics often seem quite prickly, cold, pedantic personalities which they hide behind a stiff veneer of rationalism. I think it’s too rule-based—Massimo Pigliucci wrote the other day of the ‘algorithm of Stoicism’—I don’t see life as something best approached with an algorithm, though I think that’s why Stoicism appeals to computer programmers. No, I don’t identify as a Stoic anymore, but I think there are Stoic techniques that everyone could benefit from knowing and practicing.

Ryan Holiday is a best-selling author whose forthcoming book, The Daily Stoic: 366 Meditations on Wisdom, Perseverance, and the Art of Living, will be released this fall. Visit the website for more information and sign up for a free 7 Day Stoic Starter Pack. 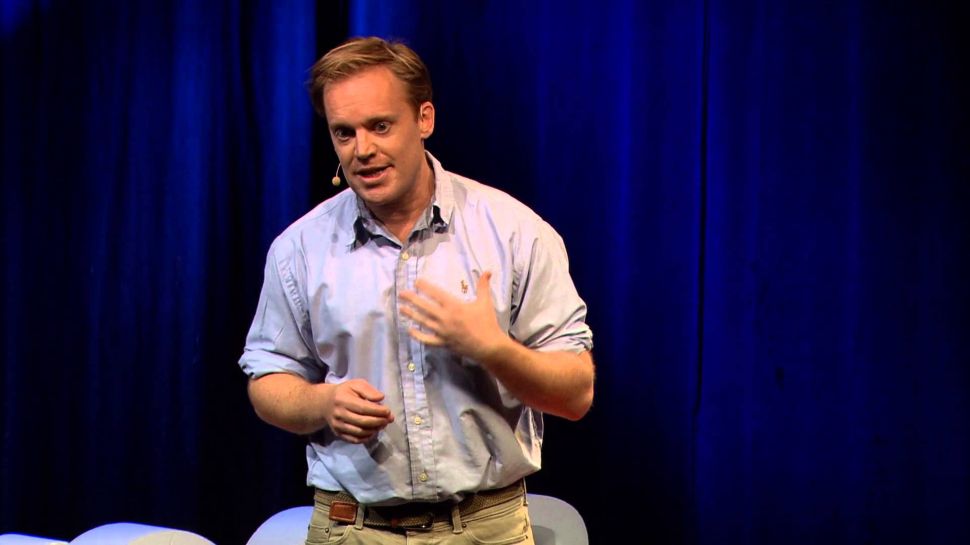