In the era of Class Pass and “strong is the new sexy,” it’s not uncommon to see people bounce between two and five fitness classes a day, on a mission to get their money’s worth at every studio in town, on a calorie-fighting crusade to the death. After a quick shower and a protein shake or juice, it’s on to work, a social obligation, some adulting, dinner, maybe tv or a podcast and then—if there’s time—a few hours of restless sleep, almost as an afterthought. Here’s the thing: ff you’re not indulging in enough shut-eye, or if the sleep you get isn’t of quality, you are on track to sabotage your investments at the gym.

As the hours we work become longer, and our “just for fun” activities become more physical in nature, it’s important to realize how vital sleep is to our bodies’ ability to detox and repair.

When we sleep, our brains create new memories and sift through information, internal organs are revitalized, the body creates new hormones (which help with everything from healing wounds to growing muscle) and hunger hormones are regulated (which helps keep cravings at bay). Obviously, these are hugely important processes, and yet we commonly skip or limit sleep in favor of fitting in an extra drink at our co-worker’s birthday bash, or catching the most recent episode of Game of Thrones. I know several people who wear their lack of sleep as a badge of honor, exclaiming “I’ll sleep when I’m dead!” The truth is that your lack of sleep may get you there ahead of schedule.

Researchers have found links between a lack of sleep and obesity (as well as an increased risk of diabetes), possibly due to an increase in the amount of food consumed, and/or due to a decrease in the amount of energy burned. An article from the Harvard School of Public Health suggests a lack of sleep may increase hunger and correlate to less healthy diets. A lack of sleep might also lead to a decrease in body temperature (read: less calorie burning), as well as decreased physical activity (since most people who aren’t sleeping enough aren’t likely to hit the gym on a regular basis). Given just the simple context of the traditional college experience—when many people stay up later, eat more unhealthy foods and snacks, and gain weight—it’s easy to see why these studies may be worth paying attention to.

Other studies have indicated that getting too much sleep can add inches to your waistline. While more conclusive research needs to be done on this side of the scale, initial research indicates that routinely sleeping too much can increase the risk of depression, weight gain, heart problems, memory loss, and even premature death. There aren’t exactly throngs of adults complaining about getting to much sleep, but those who do should try to limit their time in bed to less than 10 hours per night. Just like sitting at a desk all day can be detrimental to your health, so, too, can laying in bed for too long.

The National Sleep Foundation recommends adults ages 18-64 sleep between seven to nine hours per night, and those 65 and over sleep seven to eight hours per night. So if you’re debating between a late workout or rest, remember that your metabolism (and other bodily functions) will thank you for choosing sheets over stairclimbers.

If you’re someone with an erratic lifestyle, try to go to sleep and wake up around same time each day. Turn off electronics and other disturbances at least an hour before bed, and eat four to five hours before laying down. After a few weeks of consistency, you’ll be ready to stay on track with your training schedule and to-do lists, and your daily routine won’t leave you begging for a nap. 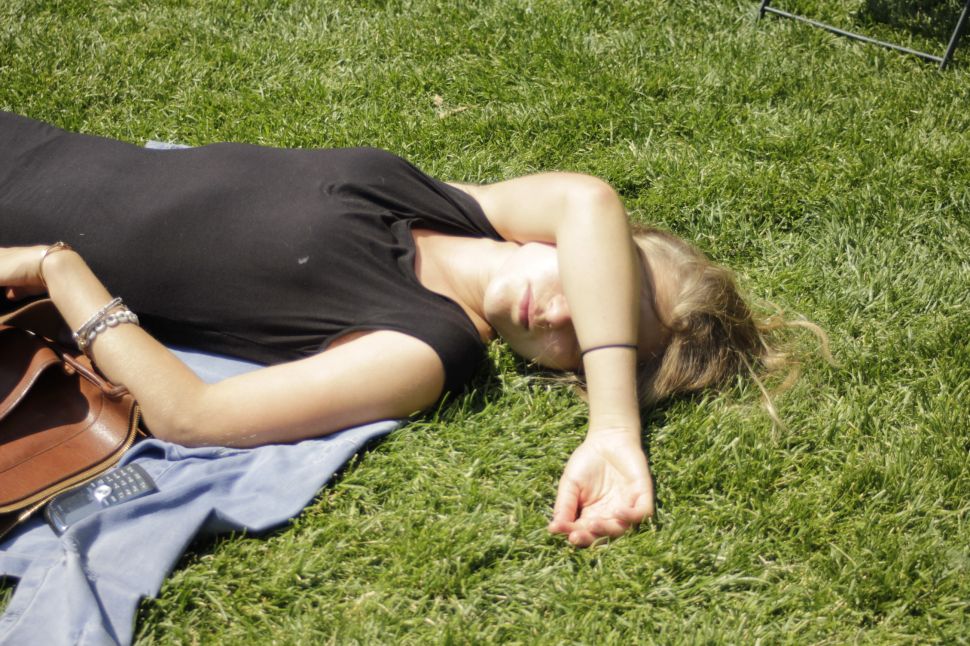