“I don’t stab people in the back, I stab them from the front.”

Not that I want to be stabbed at all, but this mantra of the aggressive is preferable to those who sneak through life as passive/aggressive avengers.

Watching Ted Cruz on the third day of the Republican National Convention, then the next day at the press conference with the Texas delegation justifying why he didn’t support the nominee, took me back to every advertising staff position I ever had, where the passive/aggressives (P/As) covertly ruined the job for everybody. Done so subtly, some people didn’t even know that the PA was the root of the problems.

Psychology calls P/A behavior the power of the powerless. They know you want to get a project in early, so they slow their roll, getting things done on time, but not ahead of schedule as you’d hoped. They accept an invite to your party, then bail at the last minute. If you’re Ted Cruz, you agree to speak at a convention, even though you’re harboring a grudge against your host, then use the opportunity to dis him.

P/As will always walk among us; taking them on is futile for the above reasons, so the best defense is to spot them and stay away. First though, you’ve got to know what to look for.

Yes means yes, unless it means no.

In the movie Oklahoma, “Ado Annie” sings the song “I Cain’t Say No.” Ah, the mantra of the P/A. They don’t want to disappoint or get into a confrontation about why they’re not doing something, so they say, “Yes, yes, a thousand times yes,” then don’t show up (sometimes physically, other times mentally.) It’s so much easier to make an excuse than to be upfront.

I was away shooting a commercial once, and invited my art director for breakfast in my room so that we could review the day’s agenda. She not only agreed, but put in her meal order. The next morning she showed up so late there was no time to eat the then-cold bacon, eggs and coffee. My time as well as perfectly good food was wasted because she just didn’t say, “No, thanks,” as Ted Cruz should have responded when offered the chance at the podium; instead of going to Cleveland with his head still back at one of the many primary season debates, which left him reeling.

They never say what’s on their mind—at least not to your face.

They listen intently and nod while you make your position clear, giving the impression that they agree. They then go around and tell everyone else what you think and how they disagree. When questioned, it turns out they were nodding to let you know they heard you (you know, in case you needed assurance that they’re not deaf).

I once shared with my art director, who was going to be traveling on business, that I didn’t want to attend a focus group for another project because there was other work to do, and I could read the transcript later.

When we got in front of our boss and I shared my thoughts, the A.D. offered to attend the focus group, which was in the opposite direction of the place she was already scheduled to travel, and then head to her final destination; turning her trip into a long day’s journey.

I had no problem with this; however, she never mentioned it when I was talking about my plans. The boss was used to her by now and said, “So, what’s your point? You’re more dedicated than Lorraine is?” Like Ted Cruz, her insidious undermining backfired.

They answer a direct question with a blank stare.

Ever talk to a petulant teenager? Why did you take the car without permission? Why did you break curfew? How come you didn’t hand in that homework assignment? They look off into the distance—if you’re lucky they shrug. You really hit the jackpot if they mumble something like, “I dunno.” And then after you’ve asked them for the tenth time, they come back with, “What do you want me to say?” Well, an answer.

It’s one of the most frustrating conversations you’ll ever have, until you deal with the same from an adult P/A, especially when that adult is a career politician who replaces the mumbling with rhetoric.

They lie, sort of.

Story ratios are often 99 percent false, but P/As rely upon the one percent grain of truth they’ve injected to validate their tale, a la Ted Cruz smugly responding to allegations that he did not support the nominee by mentioning that the first thing he did in his speech was to, “congratulate Donald Trump on the nomination,” as though a half-hearted acknowledgment equals support.

A script I once wrote beat out those of three other copywriters. Two came by my office to say good job, while the third offered: “That’s so great that you’re FI-nally getting to produce something.” (This was true.) “I guess the client didn’t want anything too creative after all. I feel I dodged a bullet, since they’re such a nightmare to deal with.” (Not even close to true.)

They’ll risk sabotaging themselves to sabotage you.

Instead of using their energy to uplift themselves and their profile, they use it to bring you down.

I worked with someone who gave a lackluster presentation to a client, because she knew selling that particular idea was important to me. Another let a commercial director not shoot a scene that I felt was integral. Someone else took a client to lunch behind my back, then of course let me know what she had done afterwards—to “show me.” It worked out as well for them, as it has for Ted Cruz speaking at the RNC and not endorsing the presidential nominee.

Lorraine Duffy Merkl is the author of the novels BACK TO WORK SHE GOES and FAT CHICK. 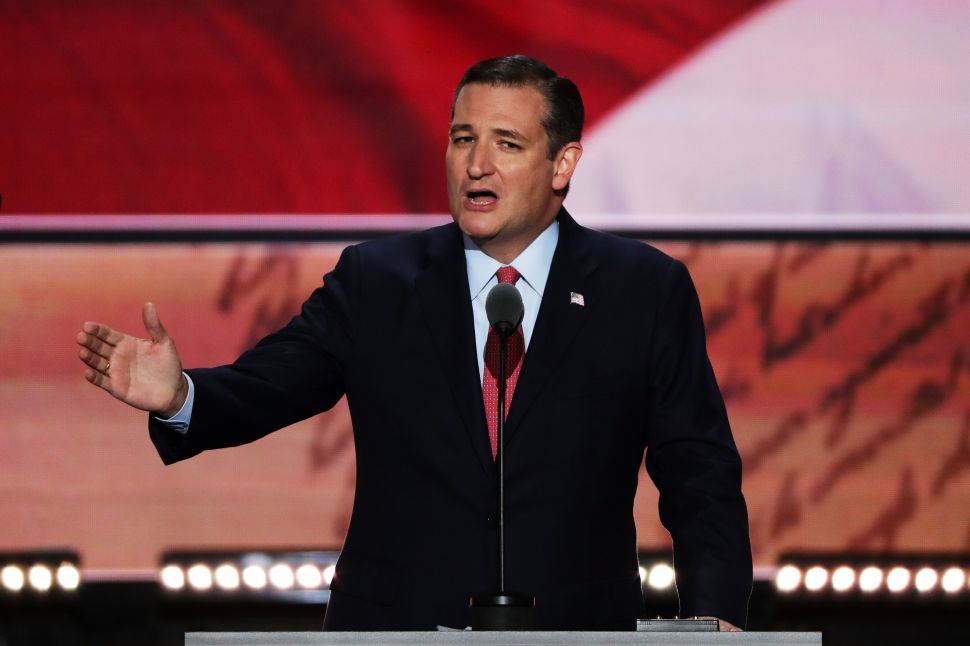