Of all the things that Hillary said last night, the thing that’s stuck with me most are the words she quoted from “the musical Hamilton” (you know, as opposed to the 1998 Mark Hamill/Lena Olin film): “And though ‘we may not live to see the glory’…let our legacy be about ‘planting seeds in a garden you never get to see.'”

One of the things that kept me from joining Team Bernie is that his policies, though most of them appeal to me more than Hillary’s, had less to do with the American political system than with a utopian fantasy of instant transformation and salvation. This utopian vision is one of the great failings of American politics—it’s why the rest of the world makes fun of us, because it strikes them, rightly, as hopelessly naive. Everybody wants another FDR: a president so overwhelmingly popular and powerful that he or she can transform the landscape at a stroke, turning deserts into farms and slums into parks.

I happen to think FDR was a pretty good president, but his record has as much if not more to do with the singular set of circumstances under which he came to office than with his own brilliance. Which is to say, his presidency wasn’t just an anomaly—it was a one-in-a-million aberration, and in many ways should be seen as a negative rather than positive example. Because that’s not how political change works in a democracy—even one as flawed as our own. It’s how real revolutions work, when you kill people and impose your will on them at the business end of a gun. But in a democracy you have to make space for a plurality of visions, including those with which you vehemently disagree.

I’m about to be 50 years old, and I’ve spent much of that half century waiting for a political savior to come along and speak my language and save my world. I’ve been mostly very angry at his or her failure to appear.

But all the while there were good, old-fashioned civil servants and grassroots activists who were nudging things forward at the committee and community level. With a half-step here, a half-step there, lo and behold: the world I live in as a 50-year-old is in fact substantially different from the one I lived in as a 25-year-old—when I published my first book and was told by more than one critic that it was very good despite its gay subject matter—and even more different from the one I was born into, when… well, God. Things were just really fucked up and the nation was on the verge of (or actually involved in) a second civil war.

Of course the right has made its advances too.

The Christian conservatives Republicans shunned back in the 1980s now dominate the party, and as a consequence the two parties, and the two political visions they purport to represent, have found themselves increasingly unable to work together. This, in turn, has made them increasingly susceptible to messianic figures.

Conservatives got their messiah this year, and I for one am relieved that liberals didn’t get theirs. Because even if Bernie had won the general election—and I don’t think he would have—he would been allowed to accomplish absolutely nothing. We would have ended up in even worse shape than we are now, and would have found ourselves faced with an even worse candidate than Donald Trump in 2020. Like, say, Ted Cruz—who would have done his level best to impose Christian law on the country and on the world.

In The Fly, Seth Brundle invents a teleportation device because he’s afraid of flying. We all know how that turned out.

I think a big chunk of the American electorate is like Brundle, looking for the instantaneous miracle so they don’t have to do the hard work of facing their fears—in this case, the people on the other side of the aisle.

There aren’t any miracles in politics, or revolutions in a democracy. We elect candidates to a real office located in a real building, with powers defined by real laws and institutions—not to some dream parliament that exists only in our minds. Real progress is incremental.

I want a president who can move things in the right direction, not one who claims that he can magically get me where I want to be and ends up turning into a mutant monster. I mean, that would be cool and all, but the whole vomiting on your food thing? No thanks. 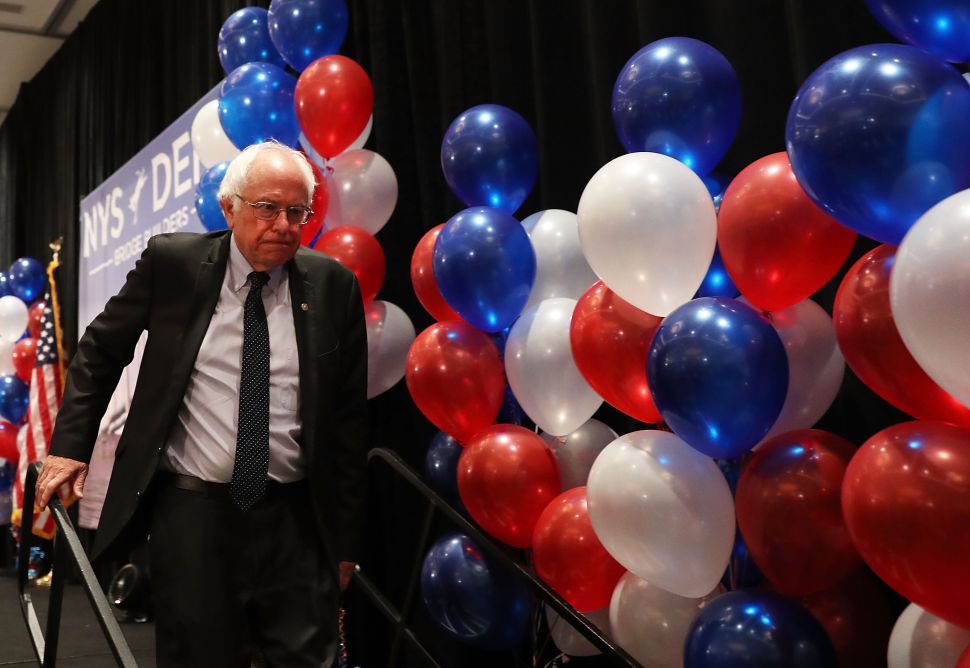