If Melania Trump were a student of mine, I’d call her into my office for a conference after I learned that a speech she did for the class, like the speech she delivered at the Republican National Convention, contained word-for-word passages from someone else’s talk.

I would have no qualms about Melania as an ESL (English as a second language) student getting outside help from writing tutors with her grammar and punctuation. That’s common for many college students who were born abroad.

But did she realize her tutors were supplying her with ideas and actual phrasing? That’s the question I would ask Melania. It’s easy to go from getting help to doing unacceptable borrowing without realizing it.

To make sure Melania didn’t feel too bad about the situation she was in, I’d point out to her that in recent years some very distinguished figures—among them the columnist Fareed Zakaria and the historian Doris Goodwin, both with Ph.D.s from Harvard—had been found guilty of plagiarism.

I would also tell Melania not to listen to anyone who was defending her by saying only a small part of her speech was plagiarized.

Then I would add that once their plagiarism had been pointed out to them, Zakaria and Goodwin made amends. They both apologized, and in Goodwin’s case, made a monetary payment to the woman from whose book she had plagiarized.

I would also tell Melania not to listen to anyone who was defending her by saying only a small part of her speech was plagiarized.  That’s like a bank robber defending his crime by saying he did not take all the money in the bank’s safe. Far better, I would tell Melania to acknowledge accidental plagiarism on her part rather than deny the fact that her speech was tainted by plagiarism.

I would end my conference with Melania by letting her know that I was reporting her plagiarism to the dean of students to make sure this violation of college policy did not occur in any other class she was taking, but I would also recommend to the dean that there be no academic punishment for Melania.

I would, though, ask Melania to write a note of apology to the person from whom she had plagiarized her speech, and then I would require her to write a new speech entirely on her own. I would assure her that it’s preferable to speak from the heart in her own words than to speak perfect English, using someone else’s words in a way that made people doubt her. 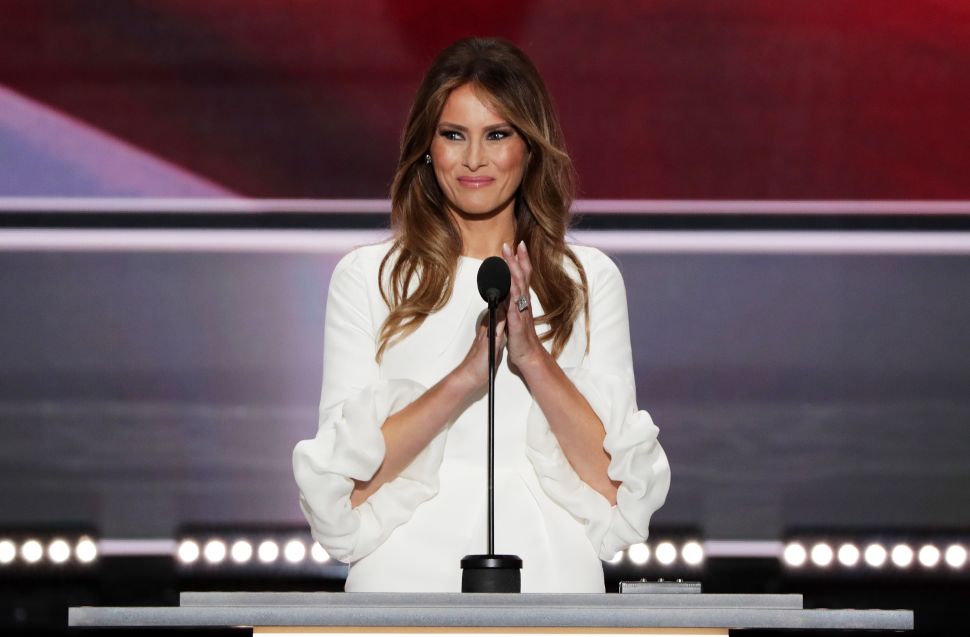