Let us hope that when the lights go out for good for us, we are all as calm as the family in Into the Forest, one of the more intimate and thoughtful takes on the post-apocalypse in cinematic memory. The big event happens in the opening minutes of the film, which takes place a half decade or so in the future and deep in the woods of the Pacific Northwest, some 30 miles away from the nearest town.

The power outage is the result of a massive, continent-wide blackout of unknown origin. Terrorists? An overworked grid? The film offers little clue, and the family—Nell (Ellen Page), a studious high school senior; her older sister Eva, (Evan Rachel Wood), a dedicated dancer; and Robert (Callum Keith Rennie), their kindly father—just kind of rolls with it, at first at least. They cleverly use a chainsaw to jump-start their stalled truck and use the Brita to refill the toilet tank. Nell continues her studies, using a stack of old encyclopedias instead of the net, and Eva keeps up her dancing in the light-filled studio connected to their modernist house, substituting a wind-up metronome for music.

As the power remains off for days, weeks, months and over a year, not only does the transition to life without technology prove more challenging for Nell and Eva, but Into the Forest also shows its true intention: to tell the ultimate sister story. Fortunately, the two leads are more than up for the task. This is especially true of Page, who serves as a producer on the film after discovering the 1996 Jean Hegland novel on which it is based in a bookstore in her native Halifax, Nova Scotia.

As Nell, the Juno actress is stripped of the cutting sarcasm that she has wielded so well in the past and ends up delivering her most emotionally open and physically demanding performance yet. From scene to scene, she alternates from crushed acceptance of tragedy to defiant, shotgun-toting resilience. (It is a strange and sort of twisted pleasure witnessing one of Hollywood’s most outspoken vegans gut a wild boar after slaying it.) Wood, whose Eva is by comparison the more inscrutable of the two, makes palpable the singular pain of a dancer who must push forward in her art without the aid of music. (Her dramatic choreography, from Canadian dancer Crystal Pite, serves as Eva’s primary form of communication.)

The two young women have a lifetime of experiences in the 15 months or so during which the story takes place, including death, birth, sexual intimacy and sexual violence. But theirs is no Kübler-Rossian journey toward emotional acceptance of a situation both terrible and impossible to comprehend. Instead writer-director Patricia Rozema—the Canadian filmmaker has been telling stories of emotionally prickly young women from her storied 1987 debut I’ve Heard the Mermaids Singing through 2008’s Kit Kittredge: An American Girl, the Citizen Kane of American Girl doll movies—chooses a different path. She tells their story in a more minute and exacting way, focusing on the practical details as the once web-dependent neophytes first become expert foragers and canners and eventually graduate to survivalist 2.0, figuring how to render boar lard to make soap with which to clean themselves.

There are certainly times that Into the Forest can feel like a bit of a slog. Like the waterlogged beams holding their house up, their situation is deteriorating slowly, and there is no one coming to fix it. After awhile, one can feel a bit like Eva in her studio, longing for a change in rhythm.

But even—or rather especially—during these bleak and borderline dull stretches, the strength of sisterhood sparks life into a story that depicts the end times in a way that is much more like how we may actually experience them than anything we see in The Walking Dead or War of the Worlds or any of the countless other male-dominated visions of the apocalypse. In the hands of these two talented and well-matched actors, Into the Forest proves that this bond is powerful enough to sustain us. Now, if it could only help in powering up that grid… 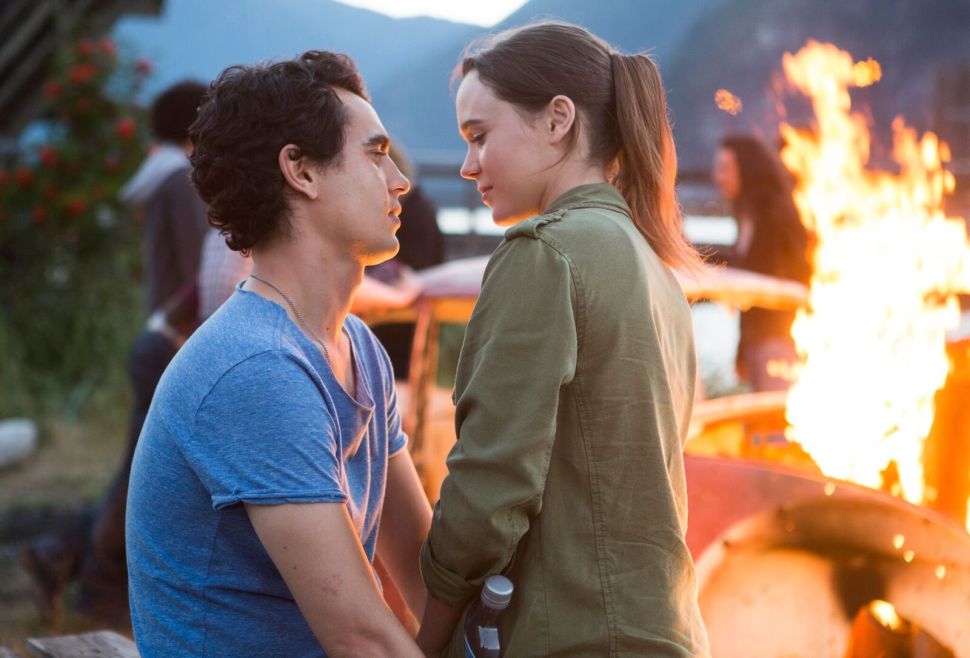