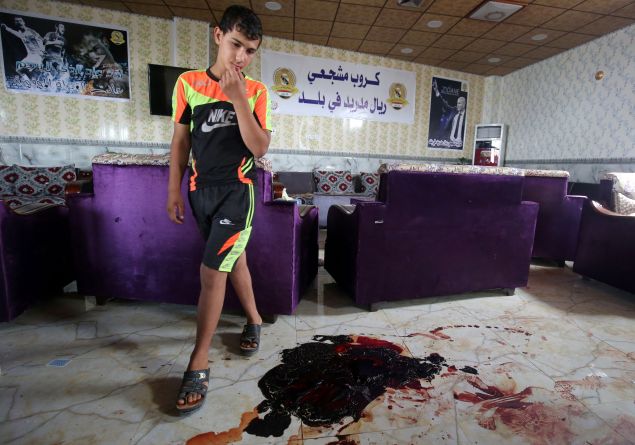 An Iraqi boy walks past the blood stains and debris at a cafe, that was popular with local fans of Spain’s Real Madrid football club, in the Balad area, north of the capital Baghdad, on May 14, 2016, a day after a deadly raid claimed by Islamic State group militants. (Photo: AHMAD AL-RUBAYE/AFP/Getty Images)

It used to be that an off-camera beheading led the news and stunned the populace. Simply the sight of the black-clad killer, the knife touching a throat and the camera cutting to a headless, lifeless body cemented ISIS’ reign as the most visually vile terror group.

As they lose the shock value they so crave, ISIS has upped the violence and gore. And it speaks volumes about where the terror group is now and what they fear may happen if they don’t keep pushing the envelope.

One video released in June showed ISIS executing a handful of reporters accused of espionage. First, the men had to participate in a re-enactment of their alleged activities, with production values as you’d see on any true-crime show. At the end of each “segment,” each re-enacting journalist was murdered in a different grotesque way.

In one sequence, a laptop computer was placed on a table and wired with explosives. The accused man was placed in a chair and tied down face-first on the closed notebook, his arms tied taut toward the floor on either side of the table. The laptop was detonated. They killed him with the device they said he used to relay reports to the outside world on ISIS’ true crimes.

The world was stunned and repulsed by Jihadi John’s beheading of American, British and Japanese hostages before ISIS ran low on Western prisoners. They burned a Jordanian pilot alive in a cage, and the world had the horrified reaction ISIS sought.

They’re thinking if they up the gore factor from “Psycho” to “Hostel,” their target audience will be impressed and, more importantly, inspired by what they’re doing to dismember disbelievers. They’ve felt the media cycle tuning out from the original fascination with their snuff films, thus ISIS producers keep going back to the drawing board. With each passing month of the Islamic State’s existence, the images coming from their media outlets have gotten more graphic and more gory, from videos with slow-motion, sound-edited spurting blood to full close-ups in still photos, as well as video and GIFs of the entire beheading process.

The gore quotient directly correlates with their territory in Iraq and Syria being under threat and their reliance on external provinces to carry on and grow the ISIS mission.

And not only does ISIS recognize they’re recruiting in the gaming age, but they’re also training in the gaming age. ISIS materials have instructed home-based jihadists to practice on video games such as “Call of Duty,” emphasizing that getting their feet wet is as simple as a trip to the toy store or a weekend with buddies at the paintball range.

Some of their film producers clearly have a gaming background, as they’ve emulated not only the style of fast-paced, visually bombastic games to show their jihadists in full fighting and executing mode, but have also literally ripped off popular video game footage. In March, ISIS supporters released a video showing graphic imagery of the Eiffel Tower exploding and crashing to the ground. Within the graphics, one could discern the signature of the corporate video game designer whose work was stolen.

But you can tell that their video producers, while familiar with and likely even engrossed in the gaming circuit, have sequel-sclerosis. Like a horror franchise well past its sequel prime, ISIS fears an audience and recruitment drop-off if the frights and the torture porn aren’t exponentially increased in both volume and variety. They’re even toying with the timing of their releases in hopes of increasing viewers: photos of bloody bodies in the Dhaka café attack were released while the gunmen were still holding hostages in order to ensure peak news coverage and feed their narrative of a high foreigner death toll.

How will ISIS top their latest gore? Depraved imaginations are undoubtedly working on that. What is guaranteed is that what’s coming will only get worse.

Bridget Johnson is a fellow specializing in terrorism analysis at the Haym Salomon Center and DC Bureau Chief for PJ Media. 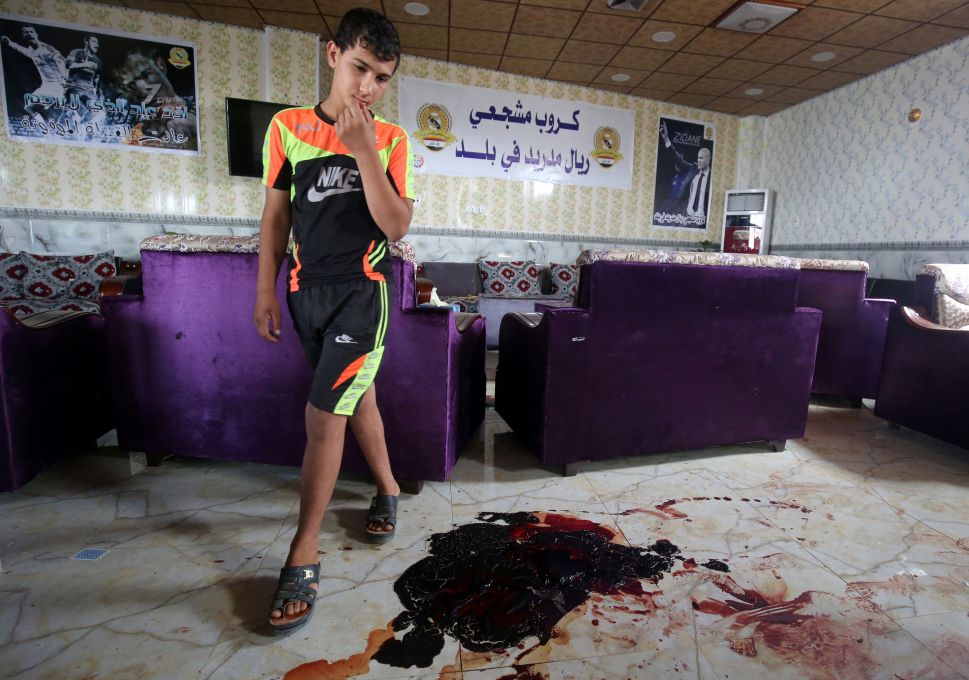