Earlier this week, something remarkable happened—a musician took personal responsibility for their actions.

Legendary singer and widely-renowned Queen of Funk Chaka Khan checked into rehab, citing an addiction to the opioid fentanyl found in prescription painkillers, and said that her younger sister Taka Boom would join her.

As consumers of the news, we’re all too used to hearing about intervention and overdoses prompting rehab, but from all I can gleam, Khan’s decision to get herself clean was voluntary, and that’s nothing short of amazing.

“The tragic death of Prince has had us both rethinking and reevaluating our lives and priorities,” Khan told AP. “We knew it was time to take action to save our lives.”

Prince’s death hit many people harder than David Bowie’s because it could have been prevented.

Opiate abuse in this country is a multi-headed monster because, like some of America’s largest problems, it involves taking a long, hard look at the big picture. This isn’t just about addiction; it’s about mental health. It’s not just about shady doctors who prescribe pills far stronger than anyone really needs to recover; it’s also about the pharmaceutical companies that offer those doctors incentives to promote their drugs in the first place.

And it’s also about understanding the power of these opiates to augment our willpower, that tremendously sacred inner spark that inspired Prince to write as much timeless music as he did.

Prince’s death helped many people realize we can no longer accept the premise that a prescription for back pain will set in motion a trajectory of recovery for someone that ultimately heals. Even when they recover from the surgery, and a crippling addiction, and eventually, an overdose, there’s no consolation prize.

I’ve seen my fellow reporters tackling this epidemic with bravery and investigative gravitas. In lieu of bombshell exposés on a variety of dubious medical practices or legit conspiracies, I read stories of individual doctors losing their licenses, and the stories of the addictive personalities they claim.

When I was in journalism school, several friends worked on long-form pieces profiling their small New England hometowns, no longer picturesque fishing ports or mountain retreats, but hovels for kids buying cheap heroin in the streets. Some of them got hooked on opiates from their doctors, some just decided to investigate the medicine cabinet at home.

All of this is to say, we usually only think about the opiate epidemic in this country when it happens to people we care about (white kids, Prince).

In the music community, heroin chic has long been a very real, dangerous myth.

The drug was largely an urban problem in the ’60s and ’70s, common among the hippies, punks and jazz musicians. As such, a mystique quickly devolved into a chic, one quickly co-opted by the avant-garde Downtown scene and, before too long, the upper class.

Last year 27,000 people died of opioid overdoses, a number rivaling AIDS deaths in the ’90s and higher than the amount of people killed by cars last year.

It’s time for the music community to come together and acknowledge that the thrill is gone. The mystique has evaporated.

Remember, Vice started as a magazine chronicling the heroin-chic party culture of wealthy tastemakers and their emaciated friends.  Shane Smith is a sober, fat mogul now, and Vice is a multimedia empire owned by a shapeless mass of racism with an Australian accent and opiate chic is officially on the decline in 2016.

When Zachary Cole Smith from Brooklyn band DIIV got arrested with 42 “decks” of heroin in his dashboard with singer/model Sky Ferreira in 2013, he wasn’t celebrated as a rebel by the music community the way he might have been 20 years ago. He was deeply remorseful and ashamed. Ferreira lost a lot of work and respect for even being in the car with him. Smith went to rehab, got out and started using again before again getting clean. It became the major thematic groundwork for DIIV’s latest record.

I run into crust punks often, at shows and at bars, although I’ve never spent a night at 538 Johnson, and see an astonishing amount of prescription opiate abuse. The more time I spend with these smelly fellows, the more I realize how un-punk it is to be addicted to pills.

An opiate addiction in 2016 is a tacit surrender to Big Pharma, relinquishing your individuality and your willpower for a pre-portioned high designed to keep you reliant on its fleeting effects. Part of liberating opiate abuse from the “cool” mystique surrounding its culture ought to involve this reminder. It’s also the responsibility of everyone involved in the music community—writers, publicists, bookers, show producers—to remind the musicians they work with that there’s nothing cool about being addicted to pills.

This has been a hard subject for me to broach because it never felt personal until recently. I started at the Observer on June 1, 2015, after learning just days before that my best friend growing up in Miami, Stefano, had passed away after overdosing on heroin.

Stefano’s story became a little hard for me to parse because I moved away from home in 2005. We’d kept in touch often since, and would hang together during the majority of my time spent at home. Over the last three or four years, though, Stefano became less and less responsive to my messages. More aloof. I knew that he had undergone some painful surgery, and that’s all I knew until my request to meet up during one winter trip down south was returned by his mom.

She suggested I write him a letter he could read while in recovery, as phones weren’t permitted, so I did.

I reminded him that I was no prude, of all the fun times we’d had tripping on psychedelics and hitting sexy parties downtown when we were younger. I reminded him that I was not a “drug friend” of his, because we always operated under the mentality that any chemicals we put into our bodies should only be done so in the interest of bringing us closer to ourselves, not further away. This drug was different, I reminded him, and its therapeutic qualities were ephemeral.

I also reminded him that he was the strongest person I knew.

He called me that March and thanked me. He was home, with his parents and his brother, clean and working on himself every day. When his mother reached out to me with the news two months later, I was shocked as all hell. His tolerance had gone down considerably since detoxing, and his mind thought he could handle more than his body actually could. My editors at the Observer graciously let me skip the first few days of work so that I could head down to Miami and bury my friend.

I was absolutely furious at Stefano, and I told him that at the funeral; I’m not sure the stages of grief move past anger when you lose a friend to heroin. This was the brightest kid I knew. The best drummer, too. But the more I talked to people who’d seen him during the last few years of his life, the more I realized that his jois de vivre, his spark, had been taken from him by addiction.

I was absolutely furious at Stefano, and I told him that at the funeral; I’m not sure the stages of grief move past anger when you lose a friend to heroin.

This wasn’t the same kid who would go out for a run the morning after a party to get the toxins out of his system. This wasn’t the same drummer who practiced on a drum pad even while driving. Stefano’s lust for life never seemed to me like something extinguishable, until it was.

So we mourned and we buried our friend, we told stories.

They were stories of the scene that he helped launch at his house, a cross-section of musicians and artists and creative tropical hippie friends. They were the stories of the playroom he had with his little brother, which turned into a defacto practice space and studio for any and all of our sonic experiments. But mostly, they were the stories of Stefano’s belief in nurturing a community, a culture and a sense of camaraderie that wouldn’t have existed without his spark.

What chance does my friend’s willpower have when a medical professional encourages a dependency that they don’t have any vested interest in curing?

My anger soon shifted, as anger does, to the members of Stefano’s final band, who fired him when his addiction was getting out of control. From a professional standpoint, this made sense to me. You can’t play with a drummer who’s ghosting you and missing gigs, who’s off in his own head and not present, physically or spiritually, with the other members.

But these were his friends, his creative companions, the most talented folks he knew. They’d seen it too much, his former guitarist and bandleader told me. This was one of the many funerals for musicians he’d been to that year.

Embedded in that revelation would be my epiphany—we musicians are too numb to this epidemic, even when it’s killing our friends in record numbers.

Treating it as a mental health issue is a start, although audiences love the crazy and unstable, because they sell tickets. When we foster and maintain a sense of creative community like the one that Stefano was so passionate about cultivating, we’re doing more than just booking gigs and getting paid, creating something far beyond a comfortable scene or a place to crash—we’re creating a support structure.

The first step to maintaining that support structure, as far as I can tell, involves the sobering recognition that opiate addiction, in all of its stages, quite simply, just isn’t cool. 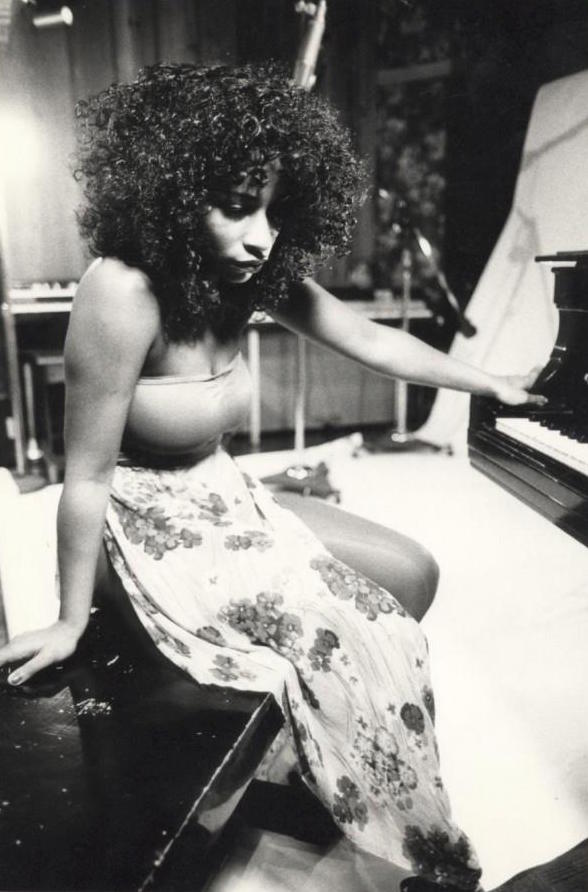