Today, the FBI sold out the Rule of Law in America. After describing clear evidence of extensive mishandling of classified national security information, FBI Director James Comey announced that the FBI will not recommend indicting former secretary of state Hillary Clinton. This is naked crony government, ugly and exposed. Comey’s decision will go down as one of the government’s worst assaults on truth in its War on Honesty.

Today’s press conference was, in many respects, an exercise in legal and cognitive dissonance. Comey acknowledged Clinton sent and received Top Secret emails that “any reasonable person” understands not to discuss on an unclassified system.

Comey also acknowledged her email system was housed on unclassified personal servers that lacked full time security systems. Indeed, nations and groups hostile to the U.S. could have hacked the system. Comey acknowledged “hostile actors” hacked individuals corresponding with Clinton on her unauthorized system. She also used her unsecured personal system outside of the U.S.—in places where sophisticated adversaries could hack her communications.

Comey called this careless. Sir, it is reprehensible. It is reckless disregard of American security.

Then he said he would not recommend indictment.

This is beyond outrage. Everyone who has carried a Top Secret clearance and had access to Top Secret information knows that Clinton has criminally violated the laws protecting classified information. These laws serve a purpose. Protecting security secrets is essential to protecting America.

Concern for U.S. defense did not guide Comey’s decision nor did respect for the rule of law. His decision is shaped—warped—by the craven politics of his political bosses. The Lynch-Clinton Phoenix Airport confab is an external, media-apparent manifestation. Does a reasonable prosecutor meet “secretly with the husband of someone under investigation”?

FBI Counter-Intelligence serves as America’s frontline domestic defender. It is tasked with destroying enemy spy rings, tracking potential terrorists and stopping terrorist attacks on U.S. territory. The Director’s failure to encourage prosecution makes his own department’s job much harder. It will undermine the morale of U.S. security personnel.

Comey’s kowtow to the partisan political interests of the Obama Administration and its powerful elitists will add to the erosion of faith in the American system and embed a bitter partisanship that will take a decade or more to bridge.

I am certain he expects an angry reaction, and he should also expect sustained anger. Public trust in the federal government is near an all-time low, and Comey’s decision is a heavy blow. Elitists should prepare for sustained disrespect of laws they favor. A large slice of the American population, fed up with crony government and crony capitalism, will begin experimenting with civil disobedience. As a former community organizer, President Obama is no position to object.

As noted, Comey claimed he cannot be sure that American enemies hacked Hillary’s rogue system. However, on  July 4—U.S. Independence Day—Julian Assange and Wikileaks splashed 1,258 of Clinton’s emails onto the web. 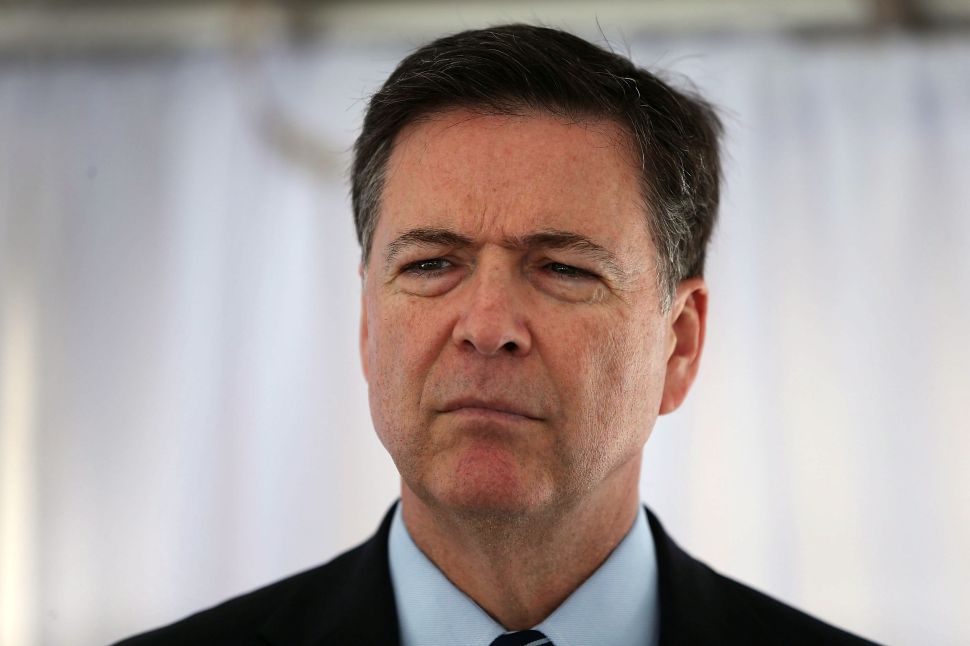