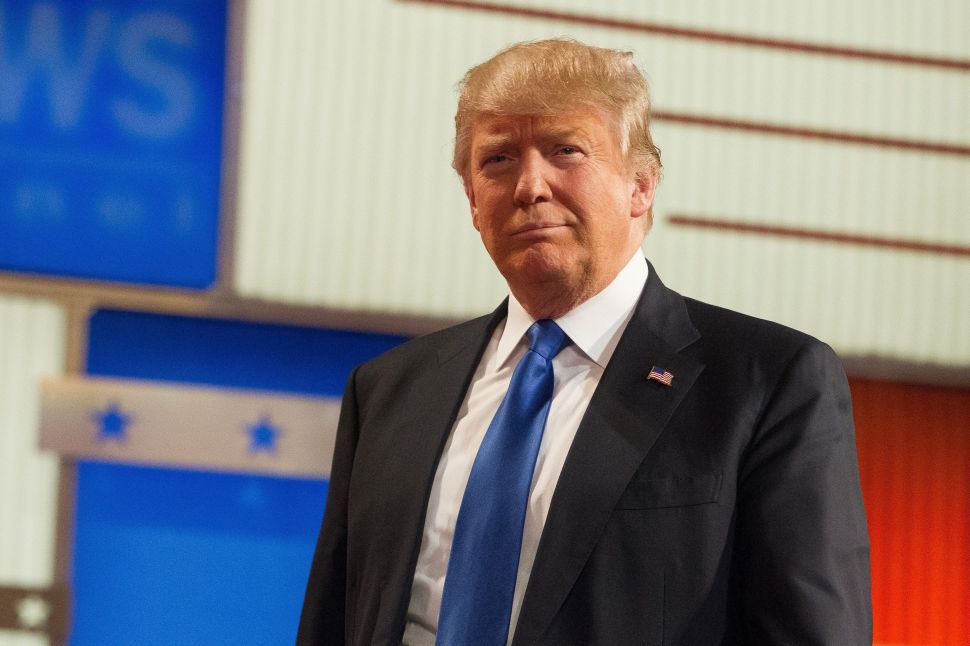 Donald Trump is the father of Ivanka Trump, who is married to Observer publisher Jared Kushner. (Photo: Geoff Robins for Getty Images)

My father-in-law is not an anti-Semite.

It’s that simple, really. Donald Trump is not anti-Semitic and he’s not a racist. Despite the best efforts of his political opponents and a large swath of the media to hold Donald Trump accountable for the utterances of even the most fringe of his supporters—a standard to which no other candidate is ever held—the worst that his detractors can fairly say about him is that he has been careless in retweeting imagery that can be interpreted as offensive.

I read the Dana Schwartz piece that appeared on Observer.com. As always, there are thoughtful points but journalists, even those who work for me at the Observer, are not always right. While I respect her opinion, I want to show another side to explain why I disagree.

In my opinion, accusations like “racist” and “anti-Semite” are being thrown around with a carelessness that risks rendering these words meaningless.

If even the slightest infraction against what the speech police have deemed correct speech is instantly shouted down with taunts of “racist” then what is left to condemn the actual racists? What do we call the people who won’t hire minorities or beat others up for their religion?

This is not idle philosophy to me. I am the grandson of Holocaust survivors. On December 7, 1941—Pearl Harbor Day—the Nazis surrounded the ghetto of Novogroduk, and sorted the residents into two lines: those selected to die were put on the right; those who would live were put on the left. My grandmother’s sister, Esther, raced into a building to hide. A boy who had seen her running dragged her out and she was one of about 5100 Jews to be killed during this first slaughter of the Jews in Novogrudok. On the night before Rosh Hashana 1943, the 250 Jews who remained of the town’s 20,000 plotted an escape through a tunnel they had painstakingly dug beneath the fence. The searchlights were disabled and the Jews removed nails from the metal roof so that it would rattle in the wind and hopefully mask the sounds of the escaping prisoners.

My grandmother and her sister didn’t want to leave their father behind. They went to the back of the line to be near him. When the first Jews emerged from the tunnel, the Nazis were waiting for them and began shooting. My grandmother’s brother Chanon, for whom my father is named, was killed along with about 50 others. My grandmother made it to the woods, where she joined the Bielski Brigade of partisan resistance fighters. There she met my grandfather, who had escaped from a labor camp called Voritz. He had lived in a hole in the woods—a literal hole that he had dug—for three years, foraging for food, staying out of sight and sleeping in that hole for the duration of the brutal Russian winter.

I go into these details, which I have never discussed, because it’s important to me that people understand where I’m coming from when I report that I know the difference between actual, dangerous intolerance versus these labels that get tossed around in an effort to score political points.

The difference between me and the journalists and Twitter throngs who find it so convenient to dismiss my father in law is simple. I know him and they don’t.

It doesn’t take a ton of courage to join a mob. It’s actually the easiest thing to do. What’s a little harder is to weigh carefully a person’s actions over the course of a long and exceptionally distinguished career. The best lesson I have learned from watching this election from the front row is that we are all better off when we challenge what we believe to be truths and seek the people who disagree with us to try and understand their point of view.

In December 1972, a month after Richard Nixon’s 49-state landslide, the New Yorker’s great film critic Pauline Kael gave a speech that said “I live in a rather special world. I only know one person who voted for Nixon. Where they are I don’t know. They’re outside my ken.” I encourage Ms. Schwartz—and all reporters—to get out there and meet some of those people “outside their ken.” One of the reasons the Observer has more than quadrupled its traffic over the last three-plus years is that we’ve been actively broadening our perspective.

The fact is that my father in law is an incredibly loving and tolerant person who has embraced my family and our Judaism since I began dating my wife. His support has been unwavering and from the heart. I have personally seen him embrace people of all racial and religious backgrounds, at his companies and in his personal life. This caricature that some want to paint as someone who has “allowed” or encouraged intolerance just doesn’t reflect the Donald Trump I know. The from-the-heart reactions of this man are instinctively pro-Jewish and pro-Israel. Just last week, at an event in New Hampshire, an audience member asked about wasting money on “Zionist Israel.” My father-in-law didn’t miss a beat in replying that “Israel is a very important ally of the United States and we are going to protect them 100 percent.” No script, no handlers, no TelePrompter—just a strong opinion from the heart.

There’s real racism in the world. There’s real anti-Semitism in the world. These are pernicious, dispiriting truths. Some of the tweets that Ms. Schwartz has received, depicting her being thrown into an oven, for example, are beyond disgusting. I am appalled that anyone, let alone someone who works for me, would have to endure that kind of hateful rhetoric. But blaming Donald Trump for the most outrageous things done by people who claim to support him is no different from blaming Bernie Sanders for the people who stomp and spit on American flags at his rallies.

I tell people that Donald Trump is a Rorschach test. People see in him what they want to see—if they dislike his politics, they might see other things they dislike, such as racism. If they like his politics, they might imagine they’re hearing “dog whistles.” He will touch subjects politicians try to avoid. This is part of why he appeals to so many.

This notion that has emerged that holds my father in law responsible for the views of everyone who supports him is frankly absurd. Not only is this expectation completely unique to Donald Trump, but it’s clear how easily it could be used to manipulate the public. Don’t like a candidate? Hire some goons to go hold signs in favor of that candidate at a rally. A few months ago, my father in law completely and totally disavowed the support of one of America’s best-known racists. The issue immediately became whether the seconds it took for him to do so proved that he was insufficiently committed to fighting racism. It’s an insane standard.

If my father in law’s fast-moving team was careless in choosing an image to retweet, well part of the reason it’s so shocking is that it’s the actual candidate communicating with the American public rather than the armies of handlers who poll-test ordinary candidates’ every move.

Government is built with many layers to avoid making mistakes. The problem with this is that it costs a lot and little gets done. In business, we empower smart people to get jobs done and give them latitude on how to get there. I prefer to move forward and endure some small mistakes to preserving a stale status quo whose sole virtue is that it offends no one.

America faces serious challenges. A broken economy, terrorism, gaping trade deficits and an overall lack of confidence. Intolerance should be added to that list. I’m confident that my father in law, with his outstanding record of real results, will be successful tackling these challenges. That’s why I support him. 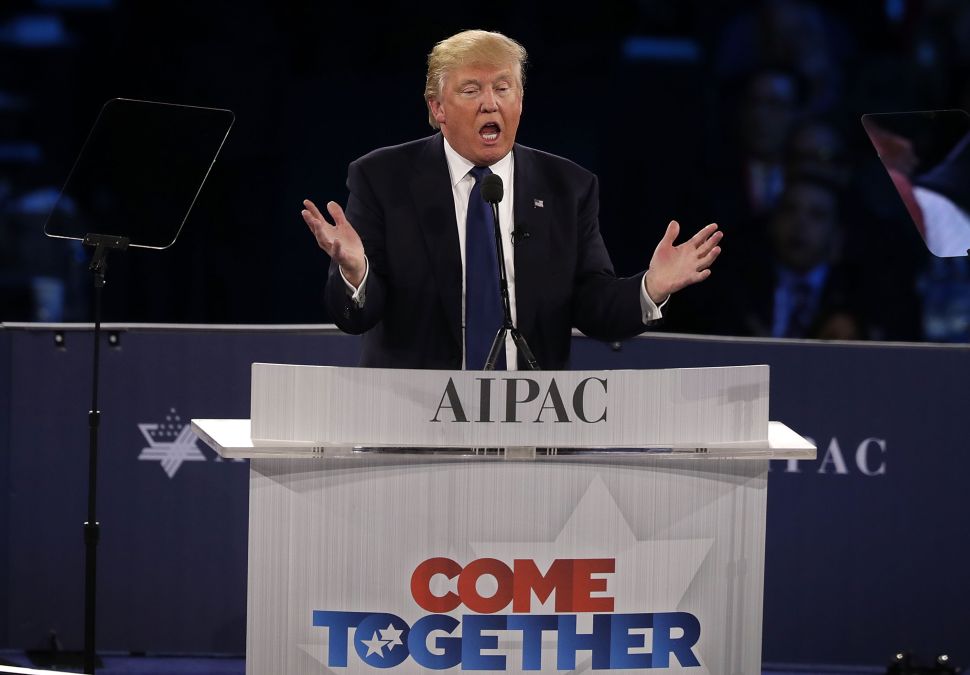