Something positive that might result from the most expensive, exhausting, art-related lawsuit in recent memory? Juror enlightenment, according to Eleanore de Sole. She and her husband recently spoke at Aspen’s Anderson Ranch about their much-publicized lawsuit and trial against Ann Freedman and Knoedler Gallery.

In 2004, the unwitting couple bought a fake painting by Mark Rothko from them for $8.3 million. From 1994 to 2009, the gallery sold dozens of fake paintings, allegedly by Jackson Pollock, Willem de Kooning, Frank Kline, Clyfford Still, and more, spawning years of lawsuits and spilled ink over how such a thing could have happened. The de Soles settled this past February.

“Domenico and I looked at each other, and we said that’s it. We’re never going to talk about it again, right? And here we are,” Eleanore said at the moderated discussion last week. At the Ranch’s 50th Anniversary Celebration and Recognition Dinner the following evening, the couple received the Service to the Arts Award from the organization.

Though the media extensively covered the de Sole trial, the intimate conversation at the Ranch revealed never-before-heard details of the legal proceedings and aftermath. According to Eleanore, one of the jurors, an elevator operator in Manhattan, told the de Soles’ lawyers that he didn’t know what a piece of art was before the trial. Now, he plans to take his family to the museum. According to Domenico, the defense lawyers initially threw out any members of the jury pool who appeared to have any knowledge of art.

Regardless, it didn’t take long for de Soles to gain juror sympathy. At first, said Domenico, they wondered “who are these rich people wasting our time?” After a day and a half, they figured out what “crooks” the defendants were. Turns out, you don’t need to go attend Bard to understand how the art market works—and fails.

The notorious fake Rothko now sits in the de Soles’ daughter’s apartment in Manhattan. According to Domenico, they must keep the painting in their possession for three years. Whatever they do with it, they’ll have to provide a particular piece of paper stating that it’s fake.

A few people have tried to buy the painting from Domenico. He refuses. “I’m not in the business of selling fake art,” he said. 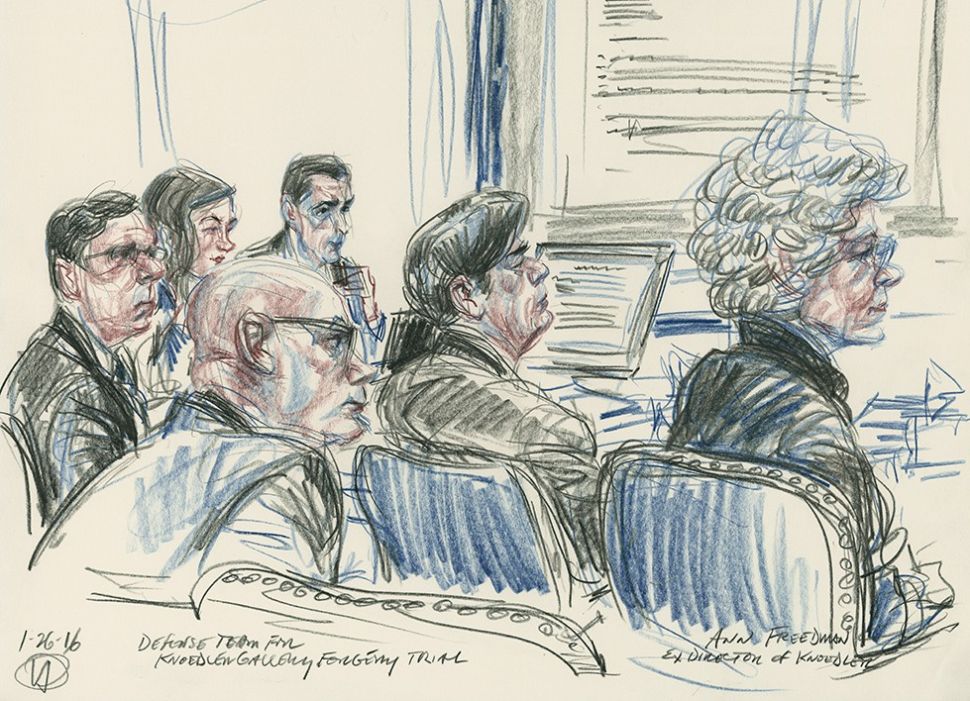