So, we’ve all heard about Ric Ocasek putting the kibosh on Will Toledo’s already-in-the-can tribute to The Cars on the excellent new Car Seat Headrest album Teens of Denial as he reconsidered granting that sample of “Just What I Needed” included in one of the best songs from CSH’s second Matador LP, “Just What I Wanted/Not Just What I Needed” (it has since been re-recorded as “Not Just What I Needed”). He came to this decision pretty much the week before the record was about to his stores, forcing the label to destroy all the copies that were pressed up on both compact disc and vinyl and ready to ship out.

“Now, obviously, when we called the record ‘done’ and sent it off to be printed, we were working in full confidence that we had the legal side of it all worked out,” explained Toledo in a written statement. “We found out last week that this was not the case. I’m not going to get into the nitty-gritty of email chains and invested parties; suffice it to say that Matador (and I) were neither pulling a Banksy nor operating in ignorance of the law, but that we truly believed we had the issue resolved months ago, until last week.”

The move, clearly, was ill-timed considering how close it was in proximity to The Cars’ own noteworthy release, a newly produced box set from Rhino Records containing expertly remastered editions of the Boston New Wave icons’ six Elektra albums. If you’re one of those new school indie kids pissed off at Ocasek’s passive dick move against Car Seat Headrest and Matador, chances are investing in a collection such as this is probably the last thing on your mind.

There is simply no denying the brilliance of The Cars.

However, for everyone else, there is simply no denying the brilliance of The Cars, especially considering their music has served as the soundtrack for such a formidable vision as Pheobe Cates emerging from the pool in Fast Times at Ridgemont High. Along with Billy Joel and Hall & Oates, they were the soundtrack to my elementary school years, and for that I am forever grateful.

Indeed, Ocasek’s last-second decision to nix the sample makes it abundantly clear just how out of touch this producer is in reference to the plight of the working musician and indie label, even one as large as Matador. But please don’t let the late-’70s/early-’80s Ric Ocasek get punished for the buffoonery of the 2016 Ric Ocasek. While the truth remains the only two bonafide classics of the lot remain 1978’s The Cars and its even-better 1979 follow-up Candy-O, all six of these titles from The Cars contain serious gold that exist far beyond the radio hits. Here are some of our favorites from deep in the cut of this crucial catalog for American New Wave.

(And regarding the whole Cars v. Car Seat Headrest kerfuffle? Well, perhaps in a bit of fan fiction, one can only hope the idea of collaboration between Ocasek and Toledo might come out of this whole mess. At some point, a few months from now, Ocasek will finally get around to listening to Teens of Denial, realize how brilliant it is, and reach out to the young talent with an offer to produce his next album…gratis, of course. That would be worth the $50,000 Matador had lost in destroyed inventory alone.)

Of all the Cars songs Rockband could have utilized for its 2007 edition of the once-popular Xbox/PS interactive game, they chose not only one of the most obscure songs from their catalog, but also by far their most experimental track as well. The off-kilter time signature sounds nicked from the more subdued moments of Wire’s Pink Flag as Greg Hawkes alternates between Mini-Moog and a succession of percussion instruments that would sound quite at home in Carl Stalling’s animated orchestra.

No wonder why “I’m In Touch With Your World” was chosen for Rockband’s particularly difficult expert level. It takes a special talent to replicate Elliot Easton’s loopy guitar hooks on this most exceptional cut.

The title track to the Alberto Vargas art-kissed Candy-O is one of the few cuts to feature lead vocals by the group’s dearly departed bassist Benjamin Orr. Unlike the synth-heavy feel of the rest of the LP, “Candy-O” is a sharper, darker tune with a more guitar-driven focus. When combined with Orr’s deep singing voice, one could even mistake the song for an outtake from Iggy Pop’s The Idiot.

As this killer clip from a 1979 German TV performance indicates, it was also a song that was vastly improved upon when presented in the live setting, the immediacy of its rhythms running hotter than that depiction of Lucille Ball’s onscreen daughter draped across the hand-drawn car hood on the cover.

1980’s Panorama might have been one of the Cars’ least commercially successful endeavors. But as an album, it still remains the top choice amongst the group’s most ardent fans. The reason being, of course, because it is definitely their weirdest album, going in directions with the synthesizer that suggests someone might have been listening to a lot of Gary Numan and early OMD at the time.

But at the same time, The Cars also expressed more of a post-punk attitude than they did on either The Cars or Candy-O, on display in the fierce sharpness of “Gimme Some Slack”, undoubtedly one of the most aggressive tunes in the Cars canon. The band would quickly return to their hit-making ways on 1981’s Shake It Up, but the dalliances with underground radio so wickedly exercised on songs like “Slack” is what makes Panorama a sentimental cult favorite for those who appreciated this outfit beyond their biggest hits.

“Since You’re Gone”, Shake It Up

The title track to 1981’s Shake It Up was one of the most popular videos aired on an infant MTV. So much so, in fact, that it kind of obscured the other eight tunes on the LP, including its three other singles. The best of which, “Since You’re Gone”, was prominently featured on the 1982 sex comedy The Last American Virgin, and failed to crack the Billboard Top 40 by petering out so frustratingly at no. 41 on the charts.

It was one of New Wave’s first great power ballads, finding, as Ocasek sings, “the treacherous in the tenderness,” while keyboardist Greg Hawkes and guitarist Elliot Easton duel at the bleeding edge of ’70s AOR and ’80s synth-pop as if they were flipping a coin to decide the direction they were going to take next. In another era, and in a strange twist of fate given the recent situation with Matador, “Since You’re Gone” might even be mistaken for an outtake from Pavement’s Brighten The Corners.

Produced by one of the most commercially viable hitmakers in rock history, Mr. John “Mutt” Lange, 1984’s Heartbeat City yielded more singles than any other Cars album—six, including two Top 10 smashes in “You Might Think” and “Drive”. However, the one tune that could have been a bigger hit than them all was relegated to deep-cut status. “Looking For Love” is nestled comfortably between “Hello Again” and “Magic” on Heartbeat’s track list, and serves as a perfect bridge between the concurrent pair of Top 20 hits—a mid-tempo beauty that should’ve been the highlight of a John Hughes film soundtrack back in the mid-’80s.

A year later, Falco would include a German language cover of “Looking For Love”—rewired as “Munich Girls”—amidst his own parade of pop hits imbuing 1985’s Falco 3.

The Cars’ final album for Elektra and last studio effort before the passing of Benjamin Orr was savaged by music critics as it arrived in stores on August 25, 1987. When compounded by the declining interest in New Wave against the rising tide of the Los Angeles hard rock and metal movement on the Billboard charts, Door to Door was undoubtedly their weakest seller. But for writers to call this album “lackluster” is a bit askew, considering just how well it holds up nearly 30 years after its initial release.

Hearing Door to Door through a 2016 lens, you’ll quickly come to realize The Cars were heading in the same direction Cheap Trick would move in one year later with their late-’80s classic Lap of Luxury, the melding of synths and electric guitars taking a darker turn, as the bittersweet “Fine Line” so vividly illustrates.

Had Door to Door come out a hair after the Ocasek-produced first Weezer album in 1994, chances are it would be considered one of the band’s best as opposed to the other way around. 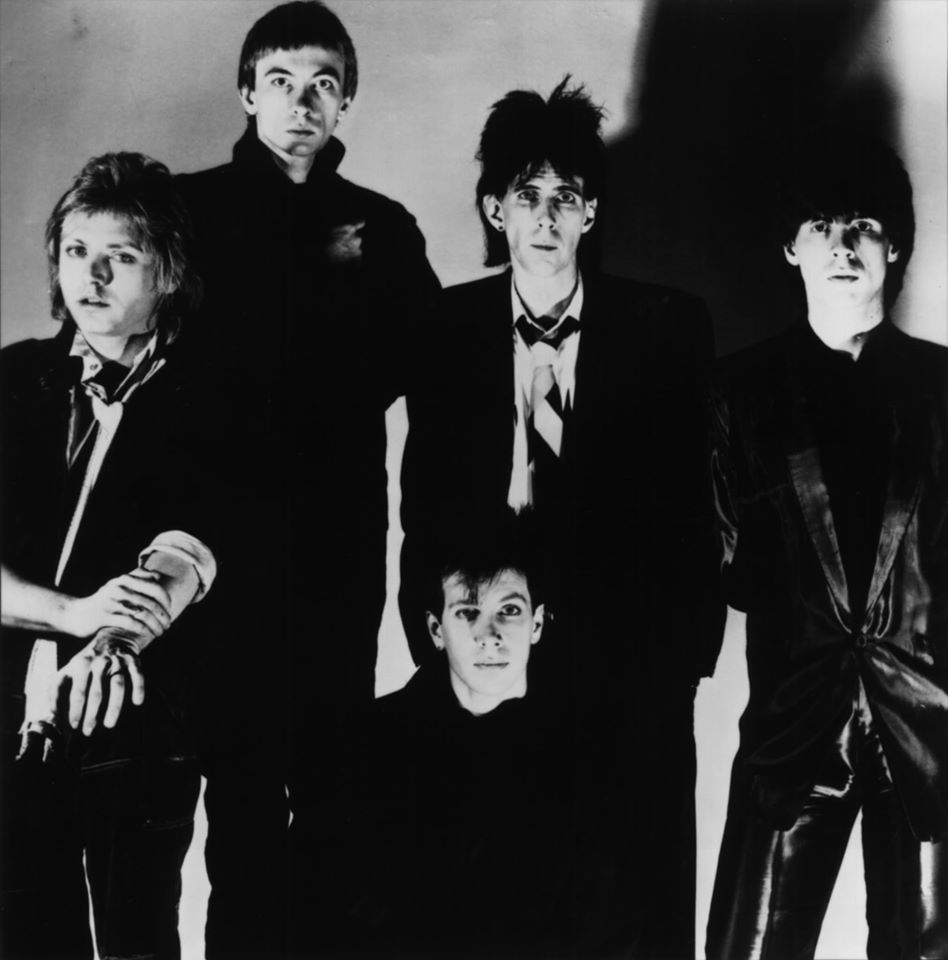