On July 18, hacker Guccifer 2.0 released a new batch of documents obtained from DNC servers. Among the files given exclusively to The Hill is a DNC memo to Clinton political operatives on March 24, 2015—before she formally announced her candidacy—outlining how to legally solicit pro-Clinton super-PACs. “The memo was sent to political consultant John Podesta, now Clinton’s campaign chairman; Clinton fundraising guru Dennis Cheng; and campaign manager Robby Mook,” reported The Hill.

The memo is just one of several documents released by Guccifer 2.0 proving the Democratic National Committee rigged the system for Clinton. Before the primaries began, DNC strategies were developed with Clinton in mind as the presidential nominee. The leak affirms claims by Bernie Sanders’ supporters that the Democratic primaries were not an election, but rather a coronation for Hillary Clinton.

Because many of the documents implicate mainstream media outlets in their complacency to adhere to the DNC’s strategy, the Guccifer 2.0 hacks have gone largely unreported. Some of the documents even unveil how the Clinton campaign fed specific stories to the media in order to boost their political agenda.

In May 2015, The Intercept alluded to similar strategies, when it discovered that a CNN op-ed published under Atlanta Mayor Kasim Reed’s name had actually been written by a Clinton lobbyist, edited by a Clinton super-PAC, and sent directly to CNN from the super-PAC. In June, Daily Beast reporter Olivia Nuzzi tweeted that she might lend some credence to the Bernie Bros narrative if the Clinton Campaign hadn’t pitched her Bernie Bros stories to write. In refusing to cover how the DNC and the Clinton campaign united, mainstream media has rewarded corruption.

Instead of confirming or denying the validity of the documents, the DNC has reverberated the same tired excuse, claiming Russian hackers are responsible: “Our experts are confident in their assessment that the Russian government hackers were the actors responsible for the breach detected in April and we believe that the subsequent release and the claims around it may be a part of a disinformation campaign by the Russians. We’ve deployed the recommended.”

While the DNC and Clinton campaign have called for party unity, Clinton has continued the politically-expedient tactic of adopting several of Sanders’ popular ideas. Even though Clinton claimed to support a constitutional amendment to overturn Citizen’s United, she has profited off of the decision in the past—receiving millions of dollars from super-PACs and wealthy billionaires, including George Soros, James Simons and Haim Saban. Her highly-publicized support to overturn Citizens United comes shortly after Sanders’ formal endorsement for Clinton resulted in a wave of backlash and resentment against Clinton—rather than the increase in favorability her campaign had hoped to generate.

Although Hillary Clinton’s coronation may have widespread Establishment support, the Democratic Party has disenfranchised millions of voters—hurting Democrats’ chances not only in the upcoming general election, but for years to come. 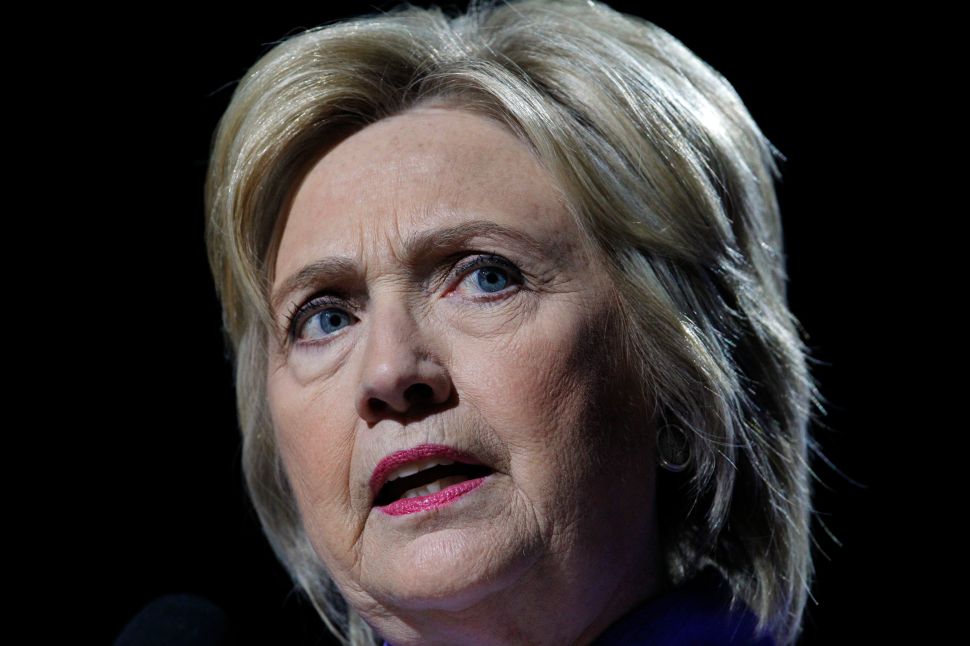