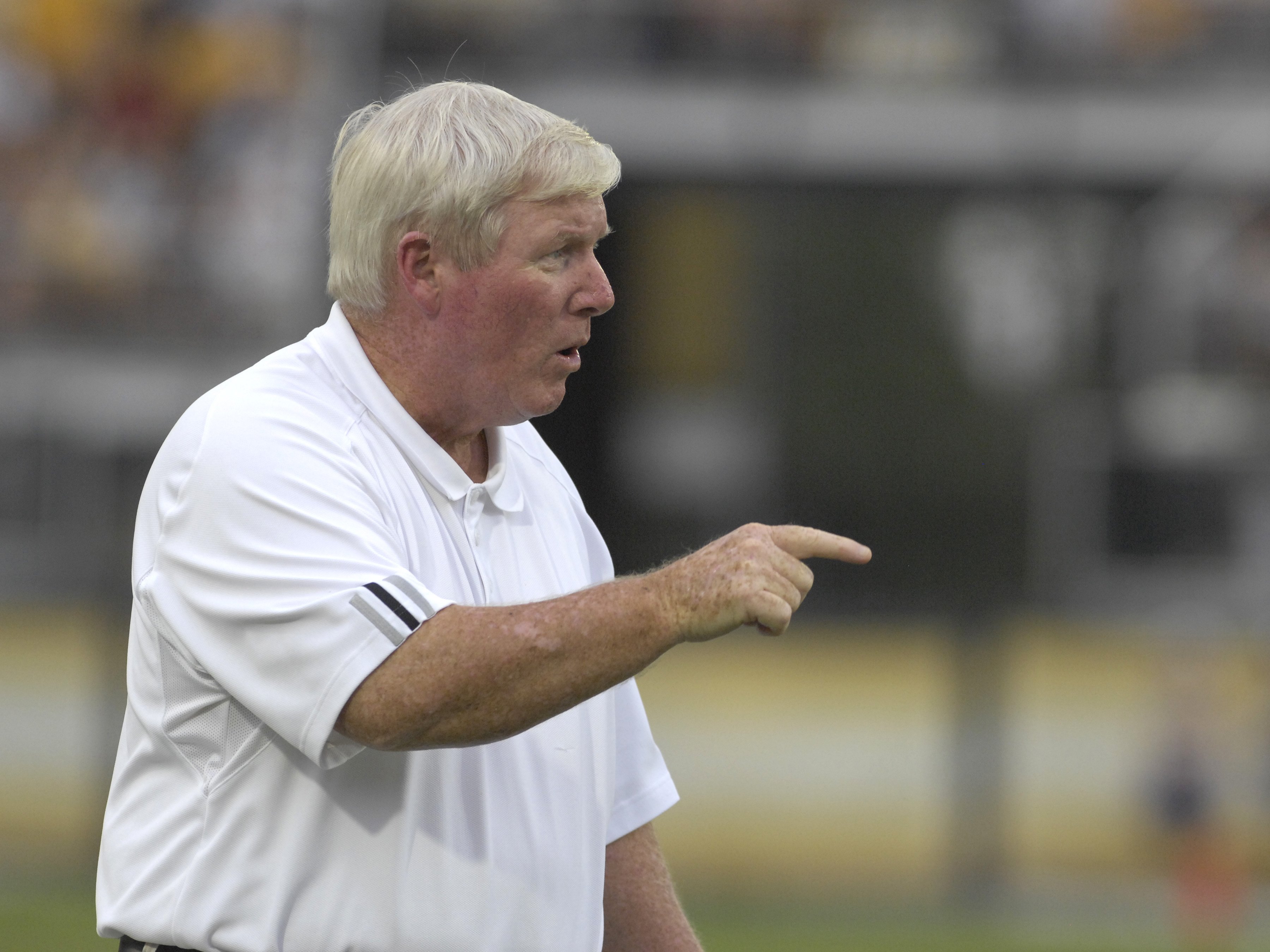 There is no time in which our leadership will be challenged more than during a crisis. Whether as an athletic director, business executive or any other position in which we are tasked to guide others, our ability to make rapid decisions when everything is on the line will define our legacy far more than anything else we do during our careers. Yet in many ways, as leaders in college athletics we face a more difficult burden than our corporate brethren, if only because of the sustained nature of the crisis facing our industry. Every word we say, move we make, and action we undertake is constantly being judged and analyzed by countless individuals, most of whom have little influence themselves but who in a collective fury can insure that we never work another day in this business.

What is even more frightening is that the managerial adaptability necessary to meet the seemingly unyielding succession of challenges the industry now throws our way is beyond any athletic director’s current capability. By the very nature of the perpetual crisis that we face, none of us have been here before. After all, the leadership we relied on in the past is what got us into this predicament in the first place. And so any athletics department that relies solely on the preexisting expertise of its senior staff during times of crisis all but guarantees its own failure.

How then do we lead through what seems to be constant calamity without losing our heads (and our jobs)? The truth is that there is no single panacea, because the way forward isn’t obvious (if it was, it wouldn’t be a crisis). That being said, we can begin to formulate a plan by first recognizing that crisis leadership comes in two distinct phases: recognizing and mitigating the adverse effects of the crisis in the short term, and then insuring that our organization is actually now better off than had we not faced the adversity in the first place.

Effective leadership through persistent turmoil starts with recognizing whether the particular situation our organization is facing is in fact really a crisis. Quite simply, a crisis is: any event which threatens personal safety, and/or jeopardizes the short or long-term image, reputation or financial stability of our athletic department or institution as a whole.

Every problem your department has is not a crisis, and not every crisis necessitates the same response. And while prevailing wisdom says that we should lean on the people within our organizations to help us identify the tell tail signs of coming catastrophe, it’s really not that simple.

If we have created a culture where our employees can voice their concerns without fear of repercussion, and transparency is valued above all else, then maybe we have a chance of preventing disaster before it happens. But we only need to remind ourselves how unwilling we are to reveal bad news to our own superiors to recognize how difficult it is for our subordinates to do the same with us. As Norman Augustine once said, “asking the people responsible for preventing a problem if there is a problem is like delivering lettuce by rabbit.”

Even when we distinguish an unfortunate tragedy from a legitimate crisis, the majority of us will find new and creative ways of making the problem even worse than it already is. Crisis management requires triage—we must make tough decisions and make them quickly if we’re going to stop the hemorrhaging. Yet when it comes to making such decisions, most of us fail miserably.

On the one end of the spectrum, you will find the overly democratic athletic director, who when faced with responding to a given predicament becomes paralyzed because of their instance on seeking the input of every single person in their department and institution before making a decision. At the end of the day their indecisiveness ends up producing a three sentence statement that contains the opinions of a hundred different people.

At the other end, you have the dictator, who convinces themselves that they know everything there is to know and that they can handle the situation without bothering to consult (or even inform) anyone else within their organization. It’s because of this hubris that they end up digging themselves into a hole deeper than the one in which they started.

While neither of these strategies proves to be particularly useful, we can’t necessarily blame our innate propensity to fall into one of these categories either. The problem is that when crisis strikes, we simply don’t know what we don’t know. We can have access to immense amounts of information, or none at all, but either way it’s all but almost impossible for us to filter any of it within an ever shrinking time frame.

The best leaders, then, are the ones in the middle. They seek input from people, but act decisively and live with the repercussions. And as your legal counsel shouts “say nothing” while your SID feverishly types away at a press release, anyone who’s been there before will agree that you should probably say something.

When Ereck Plancher passed away during a University of Central Florida football practice in 2008, athletic director Keith Tribble did say something to the rabid mob of reporters outside the practice facility. He told them that the team had been working out for just 10 minutes before Plancher collapsed – a figure that was given to him by his coaching staff only moments before. As it turns out, that information was wrong. The team had in fact been practicing for much longer, in scorching hot weather and without a break. Three years later as Tribble took the stand to testify in a wrongful death suit against the athletics department, that very same statement was used by the plaintiff’s attorneys to discredit his testimony.

Tribble wasn’t wrong to speak, it’s the words he chose that in the end did him and his department in. Instead, what he should have said is, “(1) I don’t know all the facts, and (2) here are the facts that I do know for sure.” Get in, get it right, and get out. The longer you let the tension stew, the worse it will come back to burn you.

By addressing crisis head on, you are making clear that the credibility of the organization and that of your leadership remains as strong as ever. Yet those who hold you accountable will not care about the trials and tribulations you are experiencing, they will have no pity for you, as they are only interested in how quickly you will find a solution to the problem at hand. This is all the more reason why we must step back, calmly listen to the voices of our trusted advisors, and together formulate a position that we can stand behind when the really tough questions start.

Moreover, an athletic director’s own constituents – his president, board, coaches and administrators – should not be forced to seek critical information from the media. It may seem obvious, but in our haste to placate fans and the public, we often forget about apprising the people that actually need to know the information in order to do their jobs (and in the process save ours).

Of course, athletic departments which have decided where they stand well before a crisis hits are those which are best prepared to deal with them when they finally do. After all, you don’t want to be stuck figuring out the escape route when the building is burning down all around you. Making contingency plans, selecting in advance the members of your crisis management team, and creating a predetermined (and redundant) system for communications are all essential arrangements that you should have in place well before crisis strikes.

Arguably the most valuable tool you can use in preparing for a crisis is the premortem. Unlike a postmortem, which we may never even get to, a premortem allows us to identify problems with our crisis management plans before we ever have to use them. A premortem is not an opportunity to critique, instead we enter with the assumption that our crisis management plan failed spectacularly, and so we look to generate reasons for why that may have happened. When we conduct a premortem, we should urge those participating (we should include as many people within our departments as possible) to independently write down every possible reason for why the failure occurred, without any fear of being impolitic. Not only is this a good way of shoring up our plans, but it also helps predispose our employees to potential signs of an impending crisis.

Despite the fact the majority of us would prefer that we never have to deal with a crisis, ask anyone that has and they will likely tell you that it wasn’t all that bad. In fact, with the right leadership, organizations that have faced crisis have a distinct advantage over ones that haven’t. That’s because crisis creates an opportunity for our organizations to adapt; instead of running away and hiding from whatever it is we are facing, athletic directors who practice adaptive leadership seize the opportunity crisis presents to hit their department’s reset button. Just as a traumatic experience in our own lives helps us gain new perspective, crisis allows us to redefine the rules by which our organizations operate.

In the end, although we can all agree that it is simply not reasonable to believe that any athletic director is capable of guiding the behavior of every single student-athlete, coach and administrator under their supervision, we can measure the influence they hold over their departments during times of crisis. When the very future of our department is at stake, and quite possibly the reputation of our entire university, that is where we will sow the seeds of our own legacies.

While we should do everything in our power to steer our departments and organizations away from crisis, the day will come when we will have little choice but to deal with one. When we do, we must not falter in our leadership, as the sooner we confront the reality of the situation, the more likely it becomes that we will successfully steer our ship to safe waters.

And if nothing else, remember that the faster you tell the truth, the faster the crisis goes away.

Jason Belzer is Founder of GAME, Inc. and a Professor of Organizational Behavior and Sports Law at Rutgers University. Follow him on Twitter @JasonBelzer. 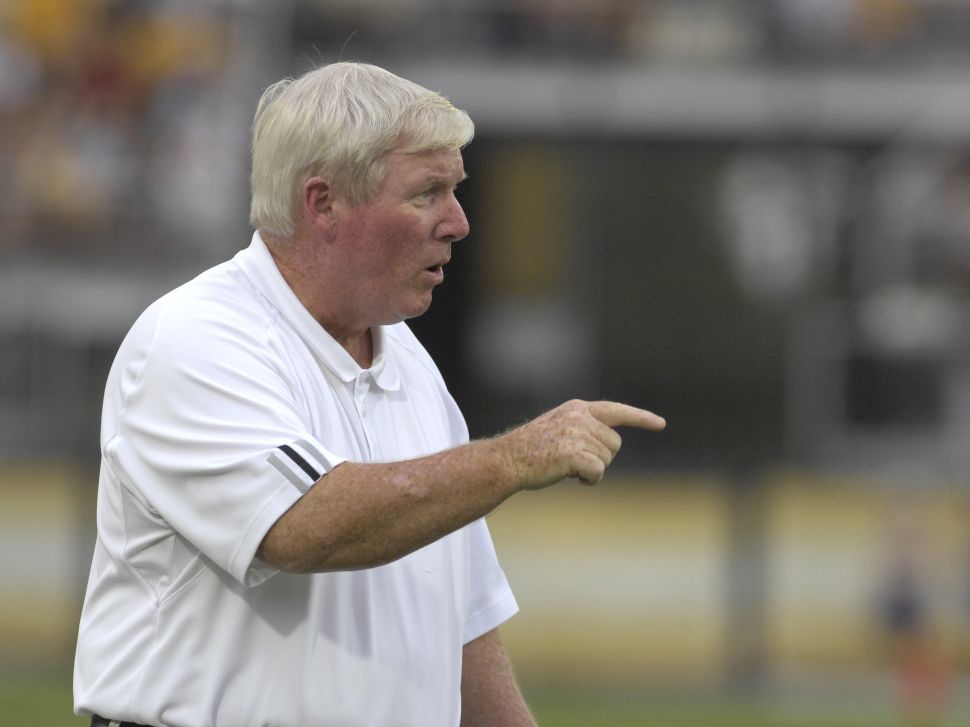