“What would happen if you reran the UK’s “in/out” EU Referendum today, having seen the news headlines immediately following the announcement of the result?”

I am sure many have asked the question. As you will surely know: It is not possible to answer with anything even approaching a rough degree of certainty. However, I have been running opinion polls on the Brexit question for the last year, and have carried out three across June (twice before, once after the announcement of the result). While opinion polls are far from perfect, they do still help in understanding rough trends.

First is a straight ‘Before & After’ comparison of the two polls. Below that is a little greater detail on each of the polls. Additionally, there is data gathered over the last year on ‘the Brexit’ question, to add further context to the results.

Note of Caution: I am not publishing this to suggest there should be another referendum. I have simply been tracking this for the last year, and find the massive change in results very interesting.

Summary: The poll results show a big shift from the ‘Undecided’ group to the ‘Remain’ group. The size of the ‘Leave’ group changes, but only by four to five percentage points.

Each poll here was anonymous, carried out among adults in the UK, via the Internet. There were 2,018 responses gathered in the ‘before’ poll. There were 1,092 responses to the ‘after’ poll. The data is weighted based on the Internet population of the UK, and that weighting is based on demographic data from 1,485 respondents in the ‘before’ poll, and 829 respondents in the ‘after’ poll.

More Detail: Result Immediately Prior to the Vote

Here were the results of the poll, carried out over the weekend immediately prior to the referendum, including additional notes:

Here is the same poll, carried out in the days immediately after the vote was announced, and newspaper headlines and politicians across the world reacted. The data here was gathered between June 24-29, 2016. Again, I have included additional notes:

Based purely on this poll, those believing the UK should remain a member of the EU outnumbered those who believe we should leave the EU by a margin of 2:1 after the referendum result was announced and newspaper headlines and politicians had responded to the result.

Dan Barker is a consultant based in London & Continental Europe. From Software Engineer to CMO, he has worked across more than 100 brands—from retailers to publishers to finance institutions. He writes about data, marketing, politics, ecommerce, and other related areas. 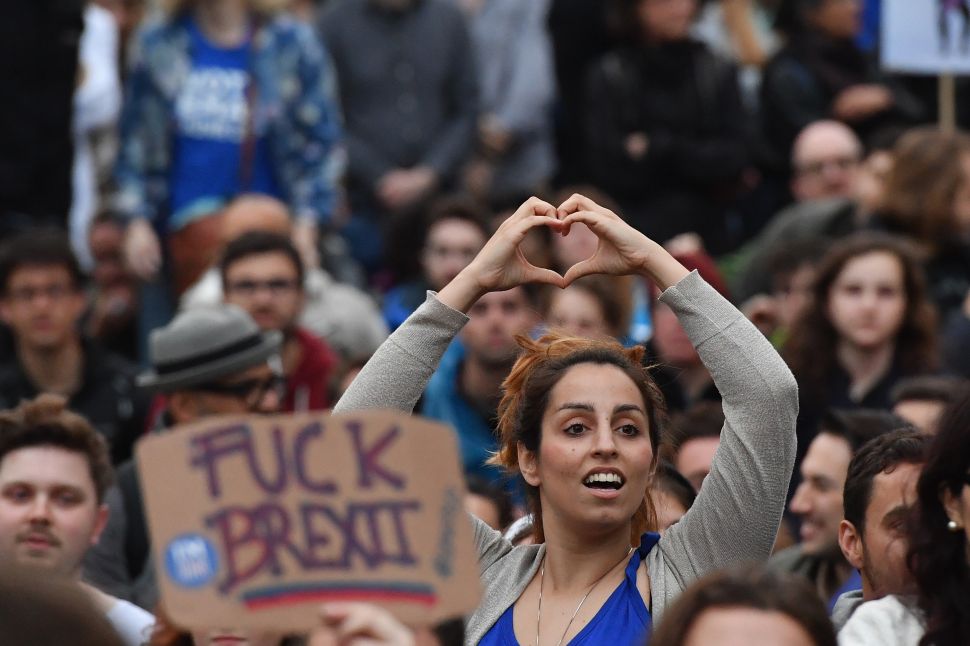