I’d hike to a drive-in in Newark for the right horror movie. A pallid and ineffectual little haunted house clone called Lights Out is not the one.

Swedish director David F. Sandberg, making his feature-film debut, works hard to rattle the chains in a labored suspense yarn about a sinister force of evil that invades the life of a girl named Rebecca (Teresa Palmer). She’s been away since the age of 16, but where she went is anybody’s guess. All we know is her baggy-eyed, bipolar mother Sophie (in a cast of unknowns, what is Maria Bello doing in this flick?) had a friend named Diana when they both spent some time in an asylum as girls and mom has been secretly communicating with her corpse ever since. Now, when Rebecca returns to her childhood home to save her little brother Martin (Gabriel Bateman) from nightmares and murder, a hideous creature comes alive in the darkness and threatens to destroy them all. This flesh-eating ghoul is, of course, Diana, covered with rotting sores and baring fangs that can bite through concrete.

With the aid of her boyfriend Bret (Alexander DiPersia), Rebecca goes on a rampage to drive the evil spirit from the house. Because the creature appears only when the lights go out, the lean little screenplay by Eric Heisserer focuses almost entirely on the number of resourceful and ingenious ways the characters dream up to keep the lights on, stave off the next attack and stay alive—lights from candles, flashlights, cellphones, the car in  the driveway—before the batteries die. The L.A.P.D. arrives, but the officers are so dumb they’re no match for Diana, and neither is the movie. The fun wears out fast and so does the “gotcha” factor.

The publicity handed out to the critics at the press preview of Lights Out I attended states, “This film has been rated PG-13 for terror throughout!” Wanna bet? 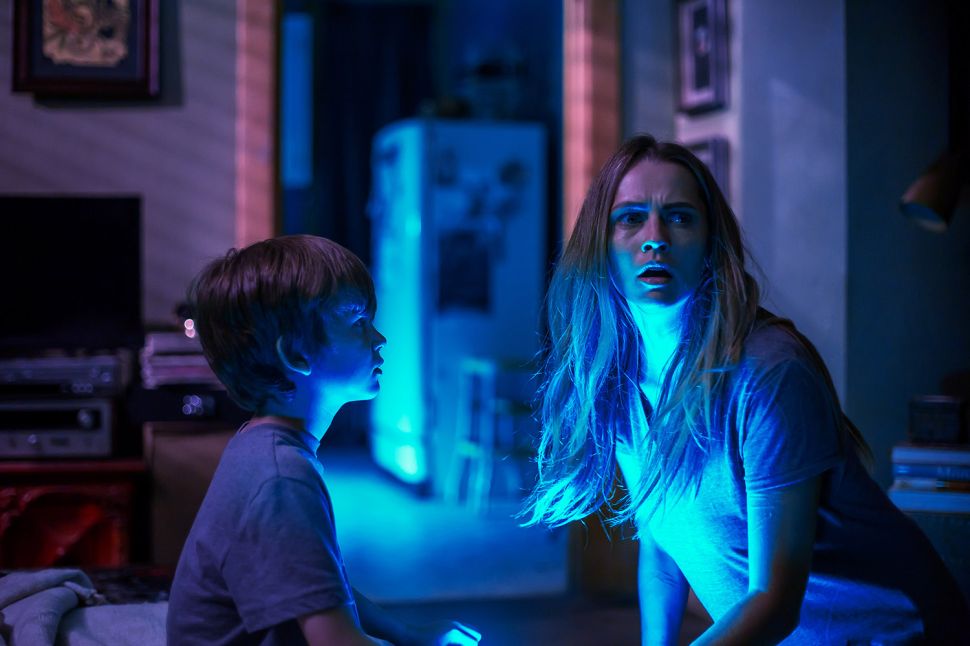