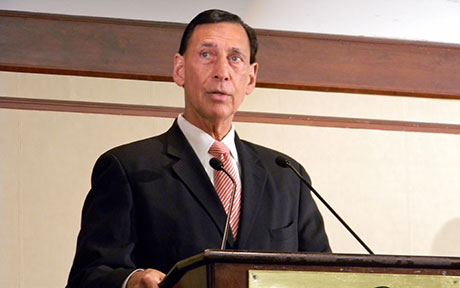 Don’t count veteran U.S. Rep. Frank LoBiondo (R-2) among those Republicans getting ready to party down in Cleveland later this month.

It’s not that the South Jerseyan has a specific objection to this year’s festivities, his press person told us. LoBiondo attended neither Minneapolis (2008) nor Tampa (2012).

“He [LoBo] will be in South Jersey during that time,” said Jason Galanes in an emailed response, referring to July 18-21.

The congressman, whose past connection to presumptive Republican nominee Donald Trump formed the basis of an attack ad issued by his general election rival, issued a statement in June on the state of the general election contest.