Marina Abramovic, likely the world’s most famous performance artist at the moment, told a German newspaper that she’s “free,” because she has no husband and no children, and that children hold female artists back, according to Art Net News, which translated the sprawling interview.

“The difference between theater and performance is that in the theater the blood is ketchup, and in performance, it’s real,” she told the paper, adding that she is exhausted by the need to be physically present (her most recent signature work, after all, is called The Artist is Present) for her work to be shown. This has made for an exhausting international travel schedule that could not easily accommodate children.

“I had three abortions because I was certain that it would be a disaster for my work,” she said, because it takes so much of her energy already, and, as we all know, children require lots of energy.

Coming up on her 70th birthday, the artist—who divorced her second husband, video artist Paolo Canevari, in 2009, and was sued by her former lover, the German artist Ulay, last year, over the custody of works they made together—is low on fucks to give, it would seem. Indeed, the German article’s headline is a direct quote from Abramovic, translated roughly by Google as “With 70 You Have To Reduce The Bullshit.”

“In my opinion [children are] the reason why women aren’t as successful as men in the art world. There’s plenty of talented women. Why do men take over the important positions? It’s simple. Love, family, children—a woman doesn’t want to sacrifice all of that,” she said.

She also hints that she’s been learning pole dancing (!) and might descend via pole for her next appearance in New York—her birthday celebration at the Guggenheim.

She’s not the only artist to eschew children for her art, and to let the world know about it. YBA Tracey Emin told the U.K.’s Independent in 2014 that she couldn’t be a mother because she’s no flake and does everything she does 100 percent. And you can’t do two things—parenthood and art—100 percent.

“There are good artists that have children. Of course there are,” she said. “They are called men.” 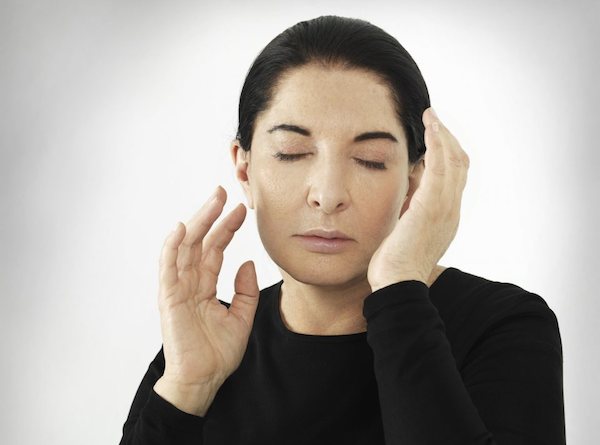