Opening: The Plant Show at 99¢ Plus
The artist-run Bushwick gallery’s summer group show is its second in a series about household objects, and will feature 23 artists’ interpretations of vases and pots, and include live plants from a local flower shop. The gallery’s last home-themed exhibition, “The Lamp Show” (January 29-April 10), impressed us with its wild variations of light works that were wholly original and eclectic, from knitted desk lights to a “clown lamp” wall sconce. Just make sure if you buy a work to consult the artist on how to keep it alive.

Party: “FADA: House of Madness,” the 23rd Annual Watermill Center Benefit and Auction at the Watermill Center, $650 and up
This is arguably the art world’s party of the summer: a performance art extravaganza set on the wooded Hamptons property that surrounds Robert Wilson’s Watermill Center. There will be music, art installations and performances by the Bruce High Quality Foundation scattered about the woods, a live auction by superstar auctioneer and DJ Simon de Pury and a special installation by Russian punk group Pussy Riot in response to the 2016 presidential election.

In her latest work, Martha Wilson takes on real estate tycoon and Republican presidential nominee Donald Trump—known to some as “The Donald”—whose signature coif and highly quotable quips are a fertile playground for impersonation.

Performance: “Martha Wilson as Donald Trump—Politics and Performance Art are One and the Same” at Smack Mellon
Influential performance artist and founder of the avant-garde arts space Franklin Furnace, Wilson is well known for her “invasions” of famous personalities through elaborate costumes and satirical impersonations. For her latest work, she’s taking on real estate tycoon and Republican presidential nominee Donald Trump—known to some as “The Donald”—whose signature coif and highly quotable quips are a fertile playground for impersonation. And since Wilson’s first Trump performance coincides with the closing of Smack Mellon’s summer show about the 2016 presidential race, titled “Of the People,”  curator Erin Donnelly will moderate a panel discussion with artists Isabella Cruz-Chong, Alicia Grullón, Kate Sopko and Maria Miranda on making art that touches upon timely social and political themes.

Wilson is well known for her “invasions” of famous personalities through elaborate costumes and satirical impersonations.

Screening and Talk: Buzz Slutzky at Los Ojos
Artist and writer Buzz Slutzky, whose ornately wood-burned sculptures are currently on view in Los Ojos’ summer show “A Garden Sown!,” is debuting a new animated film titled Clothes Feelings for one night only, followed by a question and answer session. Slutzky has compiled film stills of sketches and drawings with humorous anecdotes and commentary to create an animated film that explores genderqueer identity as it relates to contemporary fashion.

Screening: Feed at BAMcinématek, $14
At times this presidential election season has felt like a three-ring circus, but revisiting the 1992 New Hampshire primary through Kevin Rafferty’s found footage film should remind Americans that politics have always been a riotous Punch and Judy act. Rafferty pieces together oddball, off the cuff moments from president Bill Clinton, Pat Buchanan and Jerry Brown that are both humanizing and embarrassing in retrospect.

Talk: “Weird America: David Byrne and Stephen Powers in Conversation with Tom Healy” at Brooklyn Museum, $16
In conjunction with Stephen Powers’ site-specific installation inside the Brooklyn Museum’s Iris and B. Gerald Cantor Gallery, featuring a wall-to-ceiling display of his “Coney Island”-style paintings, Powers will talk with Talking Heads guitarist and artist David Byrne and poet Tom Healy. The event will be a meeting of the minds, and if you’re unable to grab a ticket you can watch it livestreamed online. 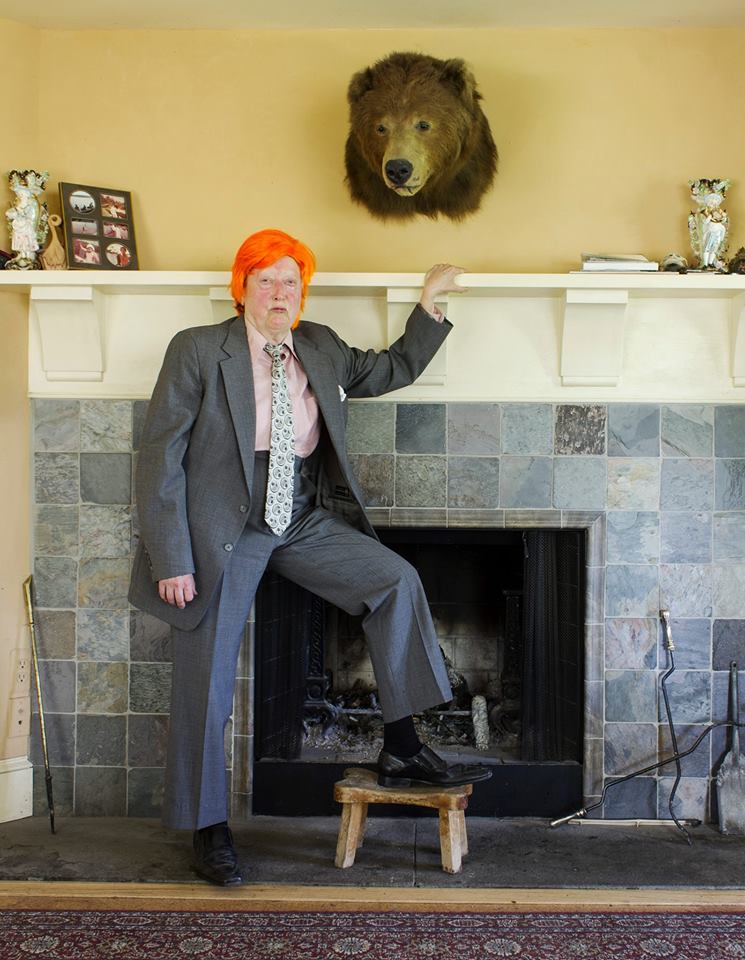