Finding Patrick Finnegan in a the middle of the lunch crowd at Ludlow House was easy. His frame is slight, and he sits with a hunch, scrolling on his phone. We met for lunch because Mr. Finnegan isn’t allowed into Ludlow House past 8 PM, because he is just 20-years-old. Despite his age, he’s become the secret weapon enlisted by luxury fashion and media brands to reach the next wave of consumers known as Generation Z. This contingent of young, but deep-pocketed shoppers are currently between the ages of 12 and 19, and have a combined buying power of $44 billion dollars.

Mr. Finnegan has solidified himself as the one-man solution to reaching these post-millennial consumers. He’s part venture capitalist, part consultant, and part talent manager, all of which are digitally driven. His investments include an app called SuperPhone, created by crooner Ryan Leslie, which connects brands directly with potential consumers via text messaging. “When you communicate with text it feels more intimate, and it leads to conversion,” he said of the app. “I’m banking on SuperPhone to be one of my unicorns.” His diction is already peppered with the vernacular of a seasoned venture capitalist, but he doesn’t quite look like one. He sported a Guns N’ Roses cap, and told me of how he met the band recently in the lobby of The Roxy Hotel. Before this chance run in, he wasn’t sure what they looked like in person.

He consults with Marie Claire too, working often with publisher Nancy Bergen Cardone, and creative director Nina Garcia on the magazine’s high level strategy in catering to Generation Z. This includes identifying the next crop of influencers they should know. “She’s an inspiration to young girls, and I think her voice needs to be heard in that light, not just as a fashion editor,” he said of Ms. Garcia. “She’s taught me that the media tells a totally different story of who you are as a person.”

Luxury brands like Dolce & Gabbana are among his additional consulting gigs, and he formerly assisted luxury advertising agency Havas Worldwide in the same role. “This whole question of, ‘What does luxury mean for Gen Z?’ is a huge concern, because the purchasing power is definitely there, but the luxury household brands are struggling with getting young people to buy into their brands,” he said. “That’s because we’re not really loyal. We want to be a part of something that’s hot.”

He referenced the recent front row at Dolce & Gabbana’s Spring 2017 men’s wear show. “What they did with the front row in Milan was smart,” he said. “They had Gabriel-Kane Day Lewis, Peter Brant, Cameron Dallas. They did an amazing job, and Stefano [Gabbana] requested to have a millennial front row for their first try, and now I’m helping them with some more, pretty interesting influencers.” There is the looming question of sales though. “At the end of the day, they need to sell product,” he said. “They don’t just need likes on Instagram or followers, they need conversions.”

His marriage of social understanding and business acumen began when he was just 17. As a student at St. Andrew’s School in Delaware, he started his first digital agency, ONMSG, and quickly reached $100,000 in gross revenue during his first year of business.  “I dropped out of high school and moved out to Portland, Oregon on Wieden & Kennedy’s bill,” he said. “The company that I was working on failed. It was a mobile news start-up for Gen Z, and the beta product was a newsletter. It was a great experience, and great validation though.”

While he spends his days reshaping whole companies for a new consumer, he surrounds himself with an eclectic crowd, most of whom are nearly a decade older. This includes Soho Arts Club founder Harif Guzman, restauranteur Omar Hernandez, and photographer Nigel Barker, who met Mr. Finnegan at the gym. One of the only confidantes who lands in the same age bracket is 18-year-old male model Luka Sabbat, who is often seen with the likes of Kanye West. The two have a particular bond that transcends work. “We’re making moves but in different lanes, which is refreshing,” Mr. Finnegan said. “Everyone wants to be Luka, whereas I am who I am, and vice versa, and we both add value. A lot of Gen Z doesn’t understand the notion of adding value to each other.”

Apart from these friends, he considers his school years a thing of the past. “High school was a tough place for me, but I hate a sob story.” he said. “A lot of them want to leverage me for my contacts and nightlife, and the one thing that I struggle with is having peers my age. I had my 20th birthday party at Omar’s last weekend with 25 people, and there were three people around my age. It’s validating, but it hurts too. If you want to be on the top, then you have to surround yourself with doers. There are young people who are doing, but a lot of them are just caught up in the scene.”

In the future, he doesn’t see himself in the scene at all. Instead, he plans to tackle politics, which he first started as a young fundraiser for the Obama 2008 campaign. “I still have the connections I made on the Obama campaign at 12 years old,” he said. “I’ve always said I want to be a billionaire, but I also want to impact a billion people. I’m really conscious of this vision, and it sounds really arrogant, but it’s what I believe, so I’d like to go into politics maybe as an ambassador, or even the President.” 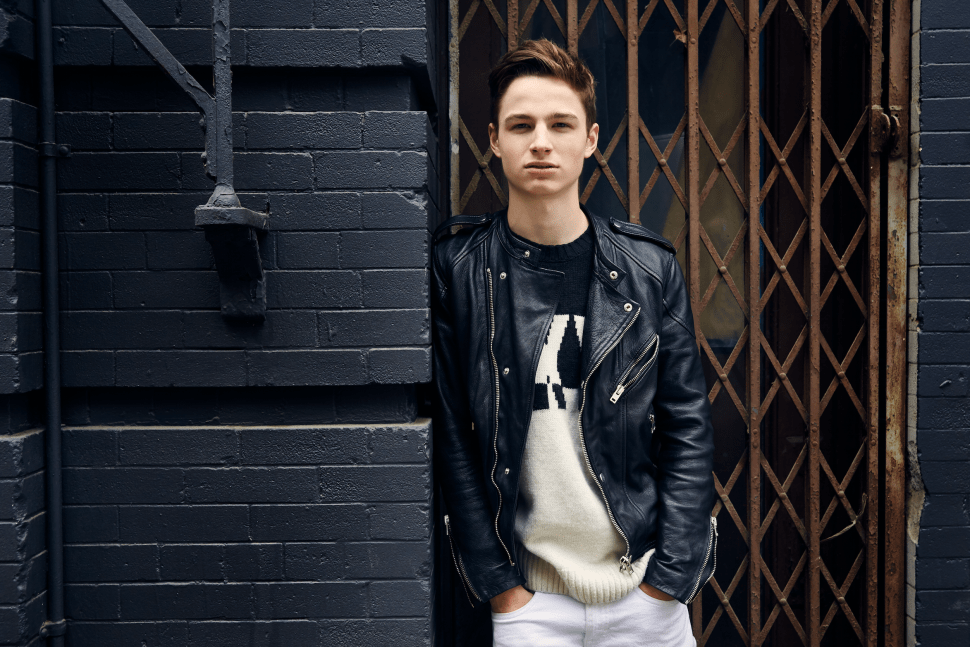