At the Democratic National Convention in Philadelphia, First Lady Michelle Obama gave one of the most thrilling and powerful speeches in the modern history of presidential politics. She lifted the spirits of Democrats, gave a stirring personal testimony to the presidential candidacy of Hillary Clinton, and brilliantly framed the issues in the campaign against Donald Trump.

The first lady made the dramatic point that America is a great nation that can always be made even greater—that America does not need to be made great again by Trump or anyone else. We should always strive to become better. Her optimism about America is the ultimate rebuttal to the dark pessimism and negativity that is the calling card of the Trump campaign.

On the day after Michelle’s speech, there are almost certainly Democratic officials in various states considering whether they can entice her to run for the United States Senate. Her words were stirring, her message was inspirational, and her delivery was spectacular.

Moms and dads across the nation had to be moved when she spoke of her daughters playing and blossoming in a White House originally built by slaves and becoming young women who have their own dreams to create and their own place to stand in the world.

I will predict that the odds are even money or better that Michelle Obama will ultimately be drafted to run for the Senate and will run and be elected. Her critique of Trump was subtle but devastating: when confronted with bullies, she said, “while they go low we go high.”

Monday began as a horrible day for Democrats but ended as a huge success because of the powerful and important speeches of Elizabeth Warren and Bernie Sanders following the inspirational message of Michelle Obama.

Of course the emails leaked from the DNC were horrendous and wrong in every conceivable way.

I had long ago called for the replacement of Debbie Wasserman Schultz. While Monday began with the understandable and proper outrage against what has happened during her tenure at the DNC, it ended with her firing as DNC chair and the decision that she would not open the convention or address the delegates during the convention.

No doubt, if Hillary Clinton is elected president, the same usual suspects will still be attacking Wasserman Schultz four years from now! They will be spending the next four years telling the world how much they still hate Hillary! They will still be calling on House Republicans to create committees to investigate the Clinton emails and Benghazi—timed to coincide with the 2020 presidential campaign—unless Democrats win control of Congress!

By the end of the day Monday, Sen. Warren had brought conventioneers to their feet with another scathing attack on Trump and offered even more reasons that supporters of Sanders and all other voters should stand with Clinton in November.  Warren is the true and authentic champion of progressive populists who fight against the system that is rigged and the games that are fixed. Compared to Warren on this point, Trump is the polyester populist whose record rebuts his words.

By the end of the day on Monday, Sanders enjoyed his finest hour, repeating the great themes of equality and progressivism that made his candidacy so exciting and revolutionary. Sanders vowed to pull out all the stops to elect another 100 progressives to offices across the nation—something I and others had called for and cheered when Sanders repeated his vow to keep his revolution expanding in campaigns throughout the nation.

Sanders was eloquent and determined in calling on his supporters to back Hillary Clinton as he made the case for an America that will be a better place under Clinton—who he wholeheartedly backed—and warned of the dangers to the nation if Trump becomes president. No doubt the Sanders call will be widely heeded as Bernie or bust fades into the mist between now and election day.

The star of the show Monday night, though, was Michelle Obama, and the coming Democratic narrative against Trump is becoming clearer by the day.

Isn’t it odd that Trump has become the candidate who claims we need him to make America great again when most Americans believe America is great today—and praises Vladimir Putin, who praises him in return?

Michelle Obama’s point is that America is the greatest nation on the face of the earth, a Reaganesque appeal that happens to be true.

With Wassserman Schultz now fortunately gone from the DNC, attention will turn to whether the Russians have engaged in espionage to hack American systems in order to leak what they purloin to help Donald Trump become president and defeat Hillary Clinton. I personally believe this is true and will watch carefully—as will the Clinton and Trump campaigns—to see if upcoming news proves the thesis that Putin is trying to fix the election for Trump.

Democrats across the board and countless Americans applaud the magnificent and inspirational speech of first lady Michelle Obama. I have talked to a number of prominent Democrats who suspect and hope that Michelle Obama has an even greater role to play in American leadership in the coming months and years. 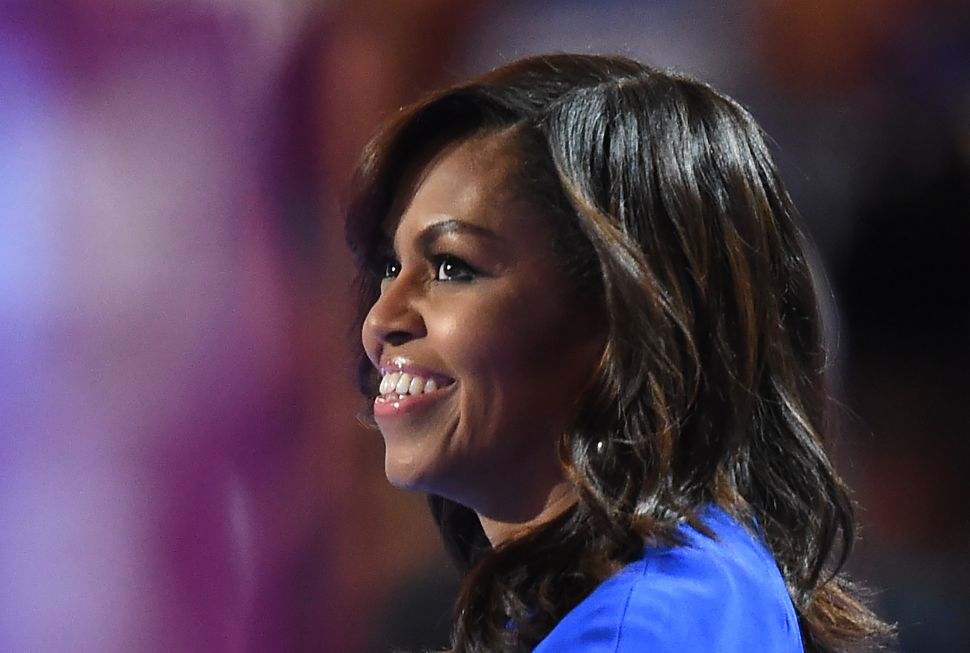