Imagine you’re in a restaurant and there’s a table in the back making a fuss. More than making a fuss: harassing the other guests. They’re yelling profanities, drawing lewd caricatures of people waiting for reservations and sending them over in paper airplanes, and, when their leader points out a target, his tableful of cronies begin pelting that individual with dinner rolls.

If you were in that restaurant at the time, I’m sure you would feel relief, gratitude that the manager was willing to do the bare minimum to keep his business a comfortable place for the other patrons.

That’s exactly what I, along with a vast population of users on Twitter felt this week when Twitter permanently banned Milo Yiannopoulos (@Nero) the notorious troll and poster-boy of the alt-right movement who helped organize the targeted harassment against women in the video game industry and for whom “feminism is cancer” has become something of a personal slogan.

An Observer contributor, Michael Malice, referred to the ban as a “Stalinist unpersoning,” and wrote “It is unclear which was the straw that broke the camel’s back.” Actually, it’s very clear: Twitter banned Yiannopoulos in response to the wave of threats and harassment directed towards Leslie Jones, star of the Ghostbusters reboot that had the audacity to cast women in roles playing a job that had once been performed by men. I choose not to post any of the messages she received here but in their explicit and gleeful racism and sexism, they’re a horrifying reminder of the darkness that still exists in America, cockroaches in the corner of a basement becoming brave enough to venture into the open. Side note: Stalin was a communist, which is more or less the opposite of a allowing a business like Twitter doing what it sees fit for its own operation.

Yiannopoulos’ supporters have resorted to extreme logical contortions in order to pretend he did nothing wrong. “He wasn’t the one who was actually saying all of the worst stuff!” their argument goes, relying on the classic defense of a younger sibling waving their hands in front of an older siblings’ face screaming, “I’m not touching you, I’m not touching you!”

To return to the restaurant metaphor, Yiannopoulos might not have always been throwing the dinner rolls, but he was picking the targets and leaning back while his desperate fans did the work for him. Except instead of dinner rolls, it’s rape threats and racism. Malice wrote, “It is also not in dispute that his catchphrase of #FeminismIsCancer never gave anyone actual cancer.” No, glad we’re all clear on that. Yiannopoulous wasn’t kicked off Twitter for actually giving people cancer.

As a self-proclaimed libertarian, Yiannopoulos (and by extension, his followers) being angry at a decision made by an independent business operating as a free actor is strange. The government didn’t instruct Twitter on how to behave: the business has the right to restrict users as it sees fit to create whatever sort of community it thinks best. False outrage at this as an issue of “free speech,” might as well be directed at how Twitter limits its users to 140 characters. Remember that claim of “Stalinist unpersoning”? Stalin was a communist. That’s basically the opposite of allowing a business to operate however it sees fit.

Let’s be absolutely clear, one more time, loud enough for the people in the back to hear: the first amendment protects you from the government restricting your free speech. Twitter is a private business that gets to decide what goes on within it. Whether you were one of his cronies who found his provocations hilarious or not, Yiannopoulos made Twitter a more hateful, dangerous place. He inspired racism and made sexists feel safe and powerful. Twitter didn’t declare itself against free speech: it was just the restaurant manager making an executive decision that these people saying and doing objectively horrible things and making already-marginalized groups feel even more vulnerable ought to go.

In 2012, The Kernel published an essay on the dangerous way the Internet distances us from others, and feeds the traits of sociopathy. The author concluded, presciently, four years previously:

“So perhaps what’s needed now is a bolder form of censure after all, because the internet is not a universal human right. If people cannot be trusted to treat one another with respect, dignity and consideration, perhaps they deserve to have their online freedoms curtailed. For sure, the best we could ever hope for is a smattering of unpopular show trials. But if the internet, ubiquitous as it now is, proves too dangerous in the hands of the psychologically fragile, perhaps access to it ought to be restricted. We ban drunks from driving because they’re a danger to others. Isn’t it time we did the same to trolls?”

The author makes a compelling case. His name is Milo Yiannopoulos. 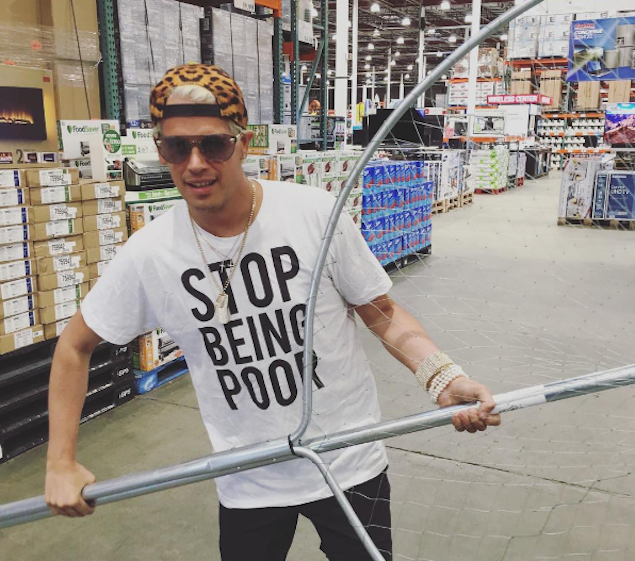