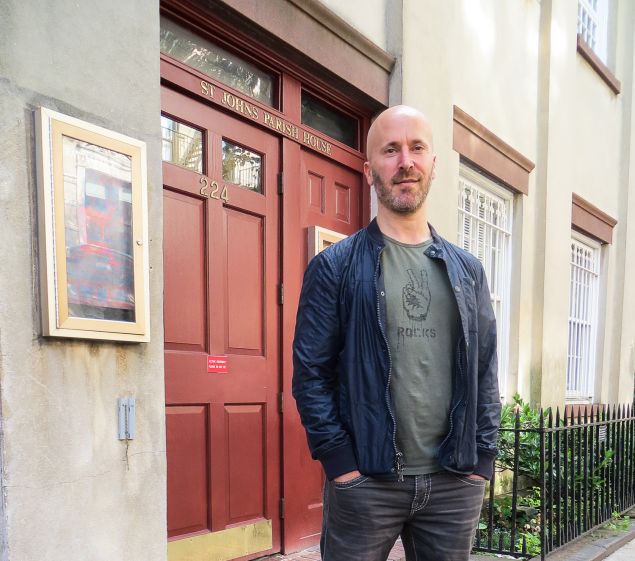 Murray Gold has composed all music for Doctor Who since 2005. (Photo: Ken Kurson for Observer)

It’s been nearly 20 years since composer Murray Gold was nominated for his first BAFTA for original television music. That was for scoring the BBC adaptation of Vanity Fair by writer Andrew Davies. Mr. Gold has nabbed four more BAFTA nominations since then, including many for collaborations with Russell T. Davies, such as  the cult classic Queer as Folk and the globally beloved Doctor Who reinvigoration, which he has scored since its debut in 2005.

But, Mr. Gold says, he’s just getting started. During a long conversation over white wine in the West Village, this youthful, disarmingly open English expat told the Observer about scoring one of the most popular sci-fi shows in history, his newfound ambition, and how one doomed project was perfect preparation for his current obsession.

Sometimes you have only five days to turn around 40 minutes of music.

Yeah. I write so fast every day. Having a lot of time is really overrated, I think — in life, in art. The thing is to get everything out in one breath, to get a song out in one go. Just sit down and just do it. Just scribble it. When you see Bowie’s lyrics and Dylan’s lyrics, you can see from the handwriting how fast they were trying to get it down.

You said in an interview that you don’t think you can really do anything fast unless you’re angry.

Yeah, you did. You were talking about the “Midnight” episode, and you said of Russell’s fast writing of it, “I don’t know if you can do anything in a hurry unless you’re angry.”

When I say “in anger,” I don’t mean by being angry. But there’s a sort of anger at yourself that was like, “Finally, come on. Let’s get all this stuff out.” My music is not angry in any way whatsoever. It’s far less angry than me. It’s very mischievous. 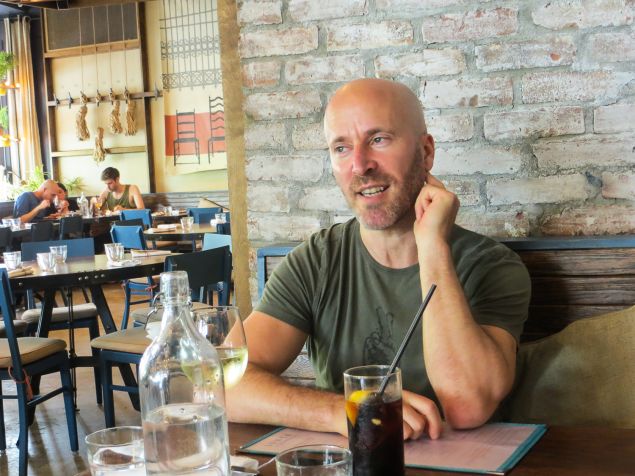 That’s one of the words I have in my notes. Especially with the “Midnight” episode.

Well, that was a concept thing. That was all like, let’s write some things off the hook. The “Midnight” episode was a bit off the hook, as they say in music circles. It was also that repeating thing, because the main character repeated stuff. I just got a delay pedal and a piano, and just started the piano using the delay pedal, and started playing in the way that those buskers do who have a delay pedal and a guitar. That was the concept. Then there was going to be this kind of savage feeling, like with low marimba and brass and piano and very percussive stuff. It was the savagery of humanity. That’s a recurring theme with me, the savagery of humanity. Not in my music though. Just in my general disposition. Very pessimistic.

How do you make such an evocative score balance with visuals that have such an impact? How do you make sure that you’re not overpowering that, how do you balance those two? Well, I don’t know. Sometime you should ask the visuals guy how he makes sure that he’s not overpowered by the music. I’ve got a whole orchestra. It’s not many shows in the world on TV that have three orchestra sessions a season. I mean, it is only three, but still, it is 85 people in a room. It is exceptional. Even if you have any live musicians on an American show these days, it would be unusual. They just don’t really like doing it at the moment. You might get a couple of guitars. The American companies don’t like paying the musicians’ residuals, which they probably have to do if they record with American musicians. There was one show on NBC, one network show that Bear McCreary scored. They made such a big fuss of the fact that it had an orchestra. It just was the exception to prove the rule. They were so proud of it having an orchestra.

Now it’s down to orchestra and synthesizers. Now there’s a big electronic component in it again with Peter Capaldi. His theme has got a lot of synthesizers in it. It’s quite hard, harsh, granite-y, craggy.

He was so great as Malcolm Tucker in The Thick of It. So when they announced he was going to be the new Doctor…

Well, I was doing The Musketeers at that time, and he was in that, and we both just left at the drop of a hat. His story in Musketeers was completely unresolved. This doesn’t matter. It’s television.

So what about film? Could you top Doctor Who by scoring Bond?

But you’ve done a lot of cool stuff. Are you thinking of other people’s expectations when you go in to write?

I sat on my ambition. I’m not sure if I was ever really ambitious, but I always thought ambition was a pretty unlikable characteristic. I sort of tried to become stoical about the world. But ambition suddenly started leaping out of me.

Is it being in New York?

I’ve been in New York a decade. All I’ve done in New York is stare out my window and write music for Doctor Who. Because I never meet anyone. I’ve got this musical that I’m writing. I’ve shown bits to people listening, and they’re all like, “Oh, great. Well, just take it to Oskar [Eustis] at The Public,” and I’m like, “Oh, I don’t know Oskar at the Public.” They say, “Why? You must know him by now. You’ve been here a decade.” I said, “I don’t know anybody here. I’ve never met anyone.”

You’ve been too busy working with Russell T. Davies. You’ve scored almost all of his shows, with some exceptions. Why didn’t you do the score for Bob & Rose?

Because I was writing the Queer as Folk musical at the time.

I remember Russell telling me back in 2000 that it was in the works, but it never happened, did it? 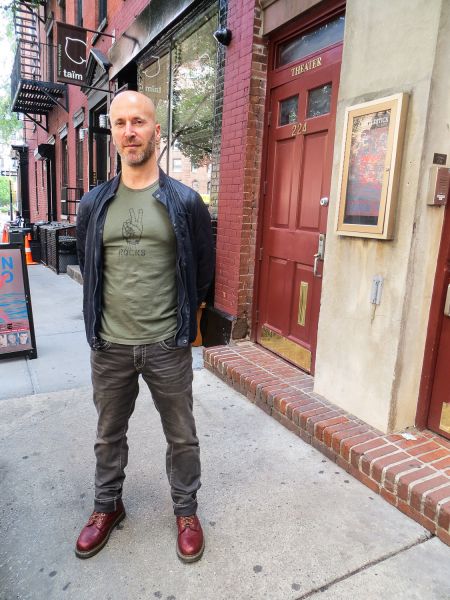 Standing outside the best smoothie place in the city. Murray Gold blew the minds of a million Doctor Who fans when he re-arranged Ron Grainer’s classic theme. (Photo: Ken Kurson for Observer)

No. The thing is, what it overcame was almost every obstacle that would normally prevent a musical from going on, which was it found a venue. It found a director. They had announced a northern tour for it after we had a one-week rehearsal staging. The problem came with the TV company, Channel Four. They didn’t want to meet the theater halfway.

Well, that’s unfortunate. So who has the rights to all the music?

They do. I sold everything to Channel Four. I don’t know why I did that, but I sold it for £15,000 outright, the whole thing.

You could make that on downloads in one day if you released it online today.

No, it’s cool. I honestly don’t have any regrets. I figured it all out. Now I’m writing this musical, which I’m so excited about. Actually, doing that Queer as Folk musical and getting that behind me was really useful, because it means I’ve done one. It’s all good practice.

That’s a positive perspective. You have a dark side, but I don’t think you indulge it very often.

No, I struggle a lot, but I’m quite light. I don’t like darkness. I like musicals now. That’s my rock ’n’ roll nowadays. 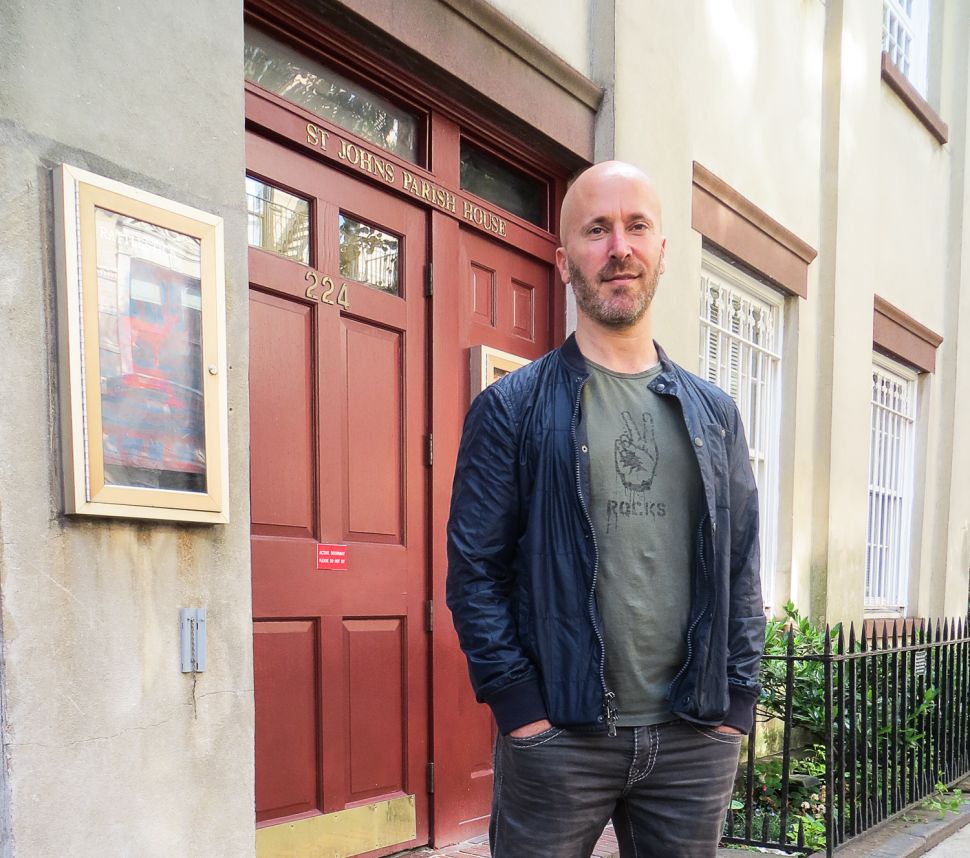