The killings of civilians by police are tragedies. The intentional murder of police officers a horror. They are not equivalent. But they are related and we need to deal with both.

Most often we hear that we need a national conversation about race. It is the first verse of the conventional wisdom trope that emanates after every accidental shooting. And yes, we are of the belief that no police officer ever sets out on his or her tour with the intent to shoot anyone, or harbors such an intense dislike for any ethnic or religious group as to be consciously trigger-happy.

Despite eight years of Barack Obama’s presidency—a presidency that was nothing if not eloquent—that dialogue has never really happened. Black Lives Matter is not a conversation; it is a one-sided harangue that invites no response. Sadly, it is not the 21st century’s answer to the civil rights movement of the 1960s, which was an effort to ensure every person’s constitutional rights and dignity.

The counterpoint of this conventional wisdom is that people in minority communities have little trust in the police, or faith in the system itself. Even if we accept that as true, it is not an excuse for people to ignore the law or show disrespect to the people trying to enforce it. How does that lessen the problem?

We hear that we need mutual respect. We do. But first, we need respect for the law and respect for the men, women and institutions we entrust to enforce our laws. Every single instance of the police shooting a civilian began with a stop based on probable cause. That these attempts to investigate or enforce the law have quickly escalated and resulted in tragic consequences underscore the mutual distrust and the need for de-escalation.

Is there some racism? Undoubtedly; on both sides. But this simplistic explanation ignores the clear statistics.

The much-repeated rhetoric is that police—including black and Hispanic officers—are inherently racist, and that they intentionally target minority men. Is there some racism? Undoubtedly; on both sides. But this simplistic explanation ignores the clear statistics that an overwhelming proportion of crimes take place in minority communities and are perpetrated by young minority men.

Rudy Giuliani has been widely criticized for pointing this out on Sunday. “If you want to protect black lives, then you’ve got to protect black lives not just against police,” said the former mayor on Face the Nation. He added that police killing black people “happens rarely although with tremendous attention” as opposed to ordinary black-on-black murder, “which happens every 14 hours in Chicago.” The Times can hyperventilate over the former mayor’s “trademark brew of poisonous disinformation,” but its long editorial can’t seem to dent his point.

Police officers are responding to community calls for help, and are patrolling minority neighborhoods in a sincere effort to thwart crime. As an NYPD study found, there is a high correlation between low-level infractions and outstanding warrants for more serious offenses (though there’s some recent disagreement there; a new study from the Department of Investigation suggests the opposite). So they make these probable-cause stops in an environment where they also know too many young men are packing illegal handguns.

Do police officers sometimes over-react? Of course they do. Are they on edge? Absolutely. They do their jobs, praying every time that a traffic stop will not escalate.

Should the police carry more effective disabling but non-lethal weapons? Probably. Should they receive more and better training about how to de-escalate tense encounters? Yes. But the problems begin with those who break the law. It is the responsibility of parents, of teachers, of community leaders to teach young people not only to obey the law, but to listen to and comply with those with the responsibility and authority to enforce it.

Throughout the Cold War there was a doctrine known as MAD—mutually assured destruction. Each side had enough nuclear weapons to ensure the complete annihilation of the other side. And with that knowledge of the other side’s capabilities, no one was foolish enough to begin a nuclear war.

Today, we have another MAD—mutually assured distrust. Unless we manage to de-escalate the rhetoric and confrontational behavior, more people will needlessly die. 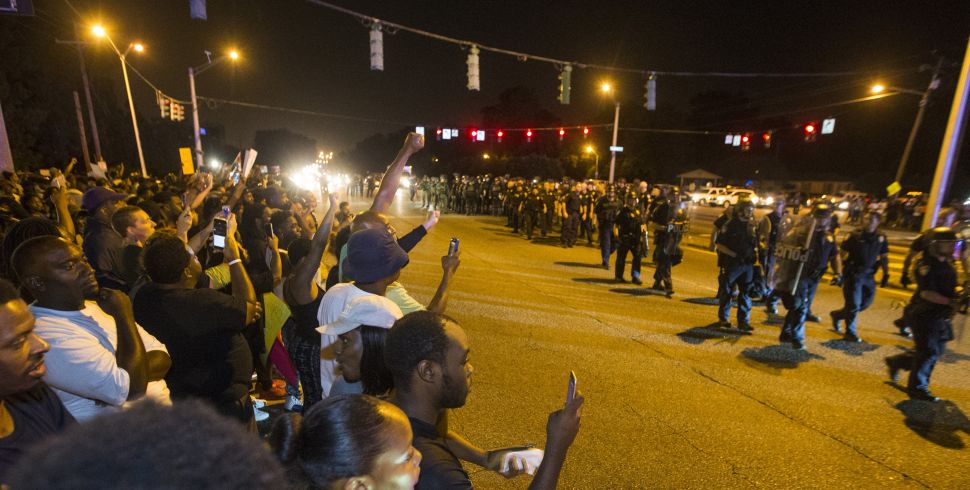