CLEVELAND—Disaffected delegates from Utah and Virginia made a final attempt to stymie the nomination of Donald Trump through a parliamentary move at the GOP convention in Cleveland today—provoking uproar on the floor of Quicken Loans Arena and an eventual walkout by the anti-Trump bloc.

The representatives from the Beehive State (where Texas Sen. Ted Cruz crushed Trump in the primary) and the Old Dominion (where Trump edged out Florida Sen. Marco Rubio) disrupted a voice vote on whether to adopt the convention’s official rules with loud booing. The pro-Trump faction answered with cheers and chants of the Queens-born businessman’s name and “U.S.A.”

At issue were requirements in the rules that obligated delegates to vote at the convention according to the outcome of their state’s primary. In the weeks approaching the convention, many Trump opponents hoped to change the bylaws to “unbind the delegates” and allow them to vote for the candidate of their choosing—that is, somebody other than Trump.

Arkansas Congressman Steve Womack, who presided over the proceedings, called the voice vote in favor of the supporters of the current rules, effectively allowing Trump’s nomination to go forward. Utah pushed for a roll call count, meaning each state would individually announce its vote.

Womack acknowledged he had received a petition from delegates representing nine states pushing for a roll call, but that three states had withdrawn afterward. Since procedure required support of seven states for such a motion to go forward, the congressman shot it down—prompting the “Never Trump” faction to march out of the arena. From the stands above them and the floor behind them, the victors shouted “we want Trump” in unison.

It’s unclear what a roll call vote would have accomplished, since Trump clinched the majority of delegates months ago, though it might have delineated the depth and extent of dissatisfaction with the presumptive nominee. Even Never Trump delegates were hazy on details when they spoke to the Observer.

“This is about the RNC passing rules and having rules that gives power to the RNC and takes it away from the states. That’s what this is about,” said Diana Shores of Virginia, accusing the Trump campaign of attempting to intimidate them into dropping their petition for a roll call. “I think the people would tell the rules committee to go back and draft rules that focus on the people and give power back to the states.”

But Staten Island Councilman Joseph Borelli, an ardent Trump delegate, dismissed it as failed, flailing effort to mount a final rally against the brash developer before his inevitable nomination.

“When you don’t have the votes, there is no strategy,” he said. “This is the end of the Never Trump movement. And the overwhelming defeat of the motion proves the overwhelming support of the Republican Party for Donald Trump.” 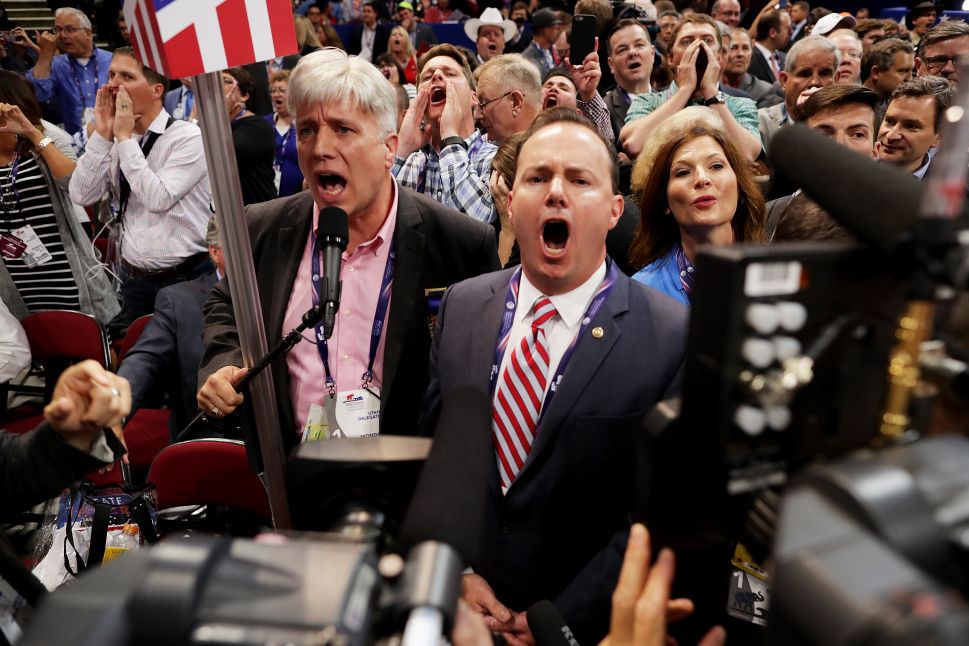