If there’s one theme being pushed repeatedly at the Democratic National Convention, it’s the idea that Hillary Clinton is the “most qualified” candidate ever to run for president.

A brief sampling of Democrats using the phrase in their floor speeches:

American Federation of Teachers President Randi Weingarten: “Hillary is the most qualified person to run for president in my lifetime.”

Rep. John Lewis: “She is one of the most qualified candidates to ever run for president.”

Former Rep. Anthony Weiner: “You take a look at her resume and what she’s accomplished, I think you can make a pretty good case that she’s the most accomplished candidate for president maybe since George Washington.”

This constant repetition proves one thing: This is what Democrats want people to think about Clinton. The fact that they have to keep repeating it shows it’s not what people immediately think when they hear the candidate’s name.

And is she the most qualified? She certainly has a lengthy resume filled with wonderful titles, but what she’s done with those titles has garnered many noteworthy accomplishments. They’ve actually seemed to bring more failures.

Take her stint as secretary of state. That’s a great title, and Democrats will try to claim she helped women and girls around the world, but they won’t offer concrete evidence of success. What most people think of when they think of Clinton’s time as the secretary is Benghazi, Libya, an attack that occurred because Clinton’s State Department ignored warning signs in order to attempt to make her look good on foreign policy. There’s also her email scandal, which has exposed her to be incompetent and made her look weak on the very issue she was supposed to sell as a strength: National security.

As a senator, she voted for the Iraq war, which became a sore spot for Democrats. Now that she’s running for president, the Democrats don’t mention it. It’s taken away one of their favorite tactics: Blame Bush. They can’t blame the former president anymore (not just because President Obama has been in office for the past eight years) because Clinton voted for the war Democrats loathe so much.

As First Lady, she tried to push HillaryCare, which even many Democrats refused to back.

She also didn’t earn any of these titles. There would never have been a Sen. Clinton or a Secretary of State Clinton had she not married Bill Clinton and rode his coattails to prominence.

Her “breaking” of the “glass ceiling” may still impress older Democratic women who remember a time when women couldn’t actually be anything they wanted, but younger women recognize the ceiling no longer exists and that it was only a matter of time before a woman popular enough would get the nomination.

Democrats are pushing the narrative—because they know Americans aren’t thinking it. It’s why Clinton kept mentioning that she is a woman running to be the first woman president—it’s a selling point she wants but not one people care about. Her whole campaign was based on her being a woman, and polls show it wasn’t working and that people were turned off constantly being reminded of something so obvious.

Now the Democrats are working the “most qualified” angle. It won’t work. People know she’s incompetent and shouldn’t be anywhere near state secrets. 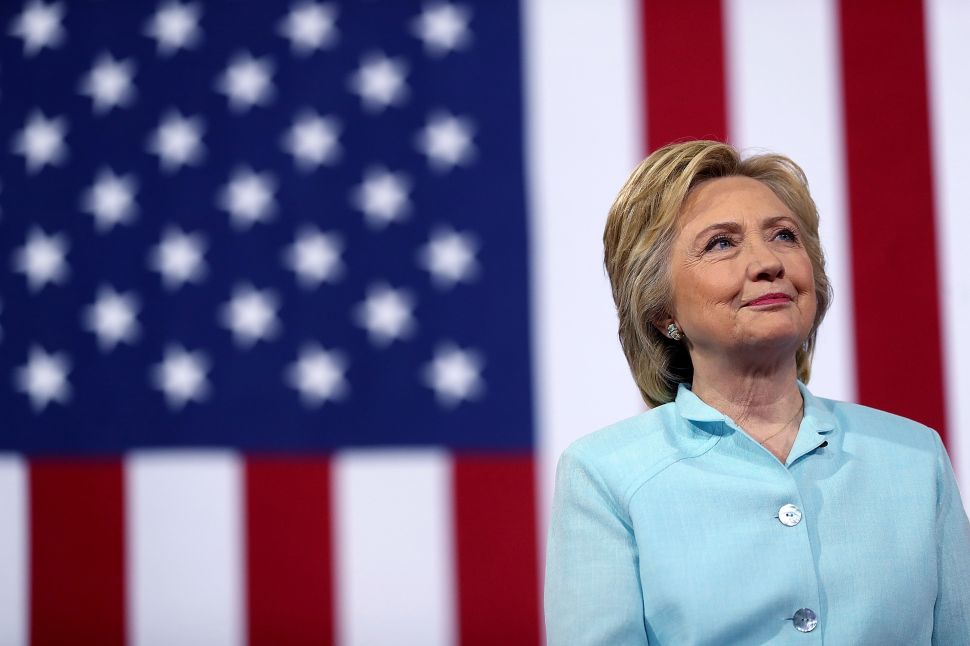