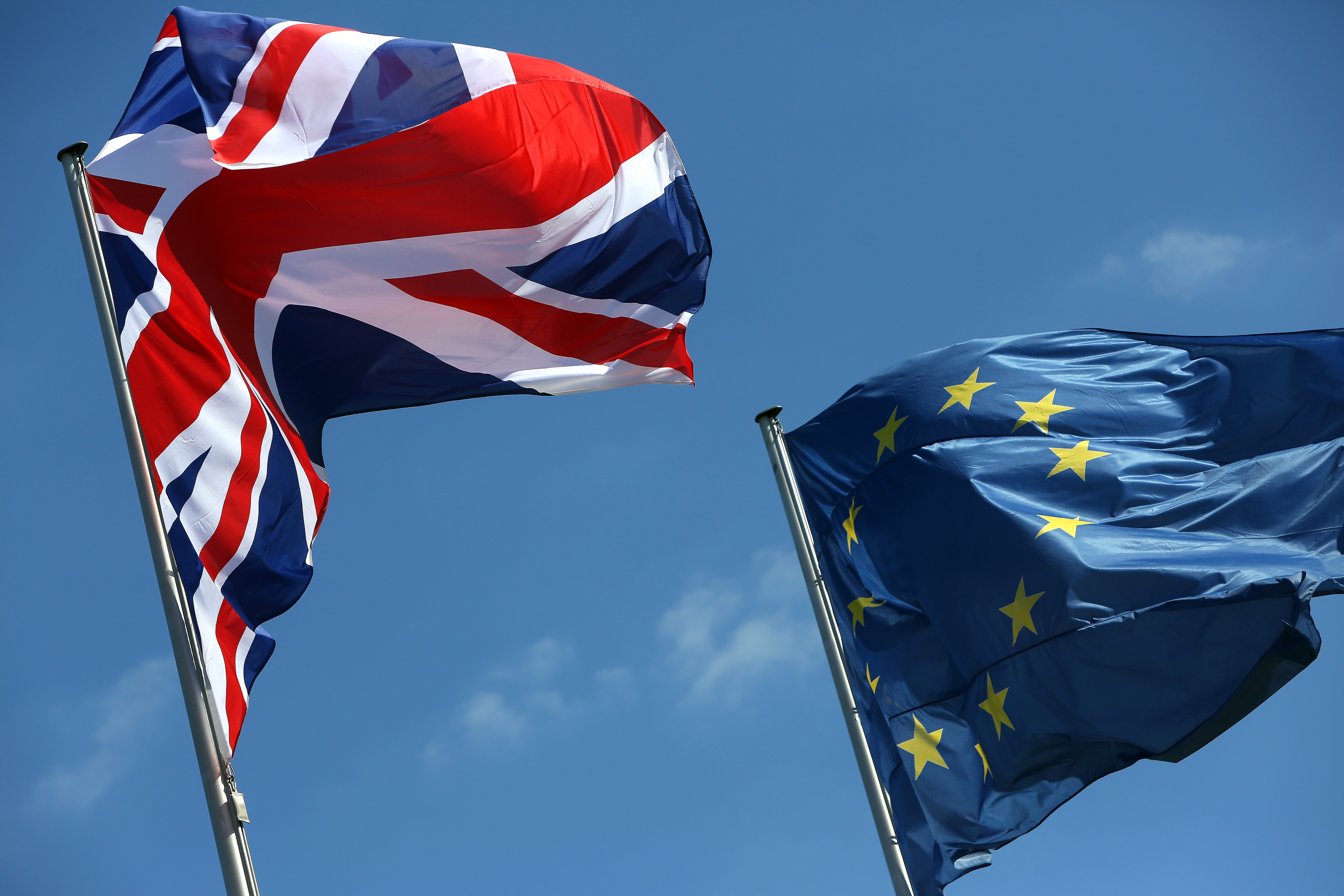 in any election there are, on the most basic level, two very broad ways to think about how to cast your vote. (Photo: Adam Berry/Getty Images)

I happened to be on a hiking trip in Scotland on the day of the Brexit vote, and the next morning I woke up to the incredulous sound of a man one tent pitch over who must have still had enough bars on his phone to discover the result: “Fuck me, we left!”

Expressed more or less politely, that’s been the universal response to Britain’s referendum vote to leave the European Union. But as the shock of the result has dissipated, a new and slower-acting disquiet has set in: the realization that there has rarely been a more consequential political campaign conducted in less substantive, factual terms. Speaking selfishly, it’s the latter that concerns me much more than the former. As an American, my stake in the Brexit decision is limited; but the kind of post-truth campaign that Britain just experienced is something that any American ought to recognize and fear. We ought to take a moment to think about the kinds of political assumptions that may make such a campaign more likely.

“Post-truth” isn’t my coinage, but it is the political term of the moment, and it’s the defining judgment on an ugly and dispiriting campaign. The Leave camp promised that, in the event of Brexit, Britain would see lower immigration numbers, and that the £350 million it sends to the EU each week would instead be dedicated to health care funding—and then walked back both claims within hours of winning the vote. “It was hardly the first time that politicians had failed to deliver what they promised,” wrote Katherine Viner in The Guardian, “but it might have been the first time they admitted on the morning after victory that the promises had been false all along.” The Remain side did not rise to those heights of mendacity, but its case to keep Britain in the EU hinged on what has been dubbed “Project Fear,” distilling complex and contingent economic forecasts into bite-sized, questionable promises of economic pain for ordinary voters. A parliamentary committee called these warnings a “mistaken” assertion that “probably confused” voters. And letter signed by nearly 200 leading British academics concluded that “both Remain and Leave are propagating falsehoods at public expense.”

If the consensus that the referendum campaign was unusually fact-free itself has any basis in fact, we’d be smart to ask why. Aside from the culprits that have been cited most widely—the social-media echo chamber, or the vituperative politics of immigration—I’d ask whether there’s something truth-averse about the process of a national referendum itself.

Think of it this way: in any election there are, on the most basic level, two very broad ways to think about how to cast your vote. You can vote looking forward, with an eye toward identifying the campaign promises that most align with your views and helping them come to pass; or you can vote looking backward, aiming to reward or punish politicians or parties for their past conduct. Political scientists call these two modes prospective and retrospective voting—and in a vacuum, neither one is any more reasonable than the other.

Paradoxically, our best way to shape the future is to vote with an eye to the past.

But we don’t live in a vacuum. We live under systems of government that give representatives every opportunity to escape from their promises. That’s not because politicians are personally dishonest. It’s because national governments like those in Britain and the U.S. generally lack the means to make promises and party platforms binding—means like voter-issue mandates or recall elections for politicians who break their word. That’s an argument developed by the political theorist Bernard Manin, and it seems to follow that those who vote with an eye to the future are setting themselves up for a cycle of escalating cynicism. This doesn’t mean that we’re powerless to exercise control over politicians—only that the best way to do so is to think of a vote as a way to reward or punish, or to vote on the basis of records rather than promises. The more of us who consciously use our votes in this way, the more politicians fear losing their jobs, or parties fear falling out of power, over their choices in power. A bit paradoxically, our best way to shape the future is to vote with an eye to the past. As Manin puts it, voters can most effectively direct policy “through the retrospective judgment that representatives anticipate voters will make….It is by voting in a retrospective manner that voters are most likely to influence the decisions of those who govern.”

What does this tell us about referendums? In one sense, a referendum is a kind of mandate, the one kind of promise from which politicians can’t escape—if you vote for Brexit, Brexit is what you get. But a referendum is a blunt instrument by its nature: as British voters are discovering, the blunt decision to leave the EU settles nothing about the now-mythical £350 million per week, or immigration levels, or even when to leave.

More importantly, it’s just about impossible to vote retrospectively in a referendum. The rest of the time, it’s fear of what will happen in the next election, when voters can look back on politicians’ records, that offers the best hope of keeping the powerful in line. In most referendums, by contrast, there is no next election. The Brexit vote, for instance, was a one-off: a once-in-a-generation, in-or-out choice. There is no voting Brexit out of office in two or four years. There is almost no opportunity to hold either camp responsible for dishonesty, a problem exacerbated by the fact that Leave and Remain are not political parties, but temporary groupings that cut across parties and are now in the process of disintegrating. Voters might choose to resent a politician or two for his or her role in the campaign, but none of their resentment can change the result. And if you want an example of what debate looks like in the absence of accountability, go read an anonymous comments section.

The incentives facing a politician in a one-off vote are dramatically different than those facing the same politician in an ordinary election. And Britain’s politicians understood that as well as anyone; Remain, in particular, appears to have calculated that the rewards of a generational win, and the minimal penalties for dishonesty, made a fundamentally dishonest campaign a rational move. Remain was right.

It seems that the Brexit referendum was not simply plagued by “truthiness”; with its enormously high stakes and vanishingly small penalties for dishonesty, it was constructed, however unintentionally, to generate truthiness.

The Brexit vote is a lesson against facile assumptions about where and how to find the people’s will.

It’s not wise to write off the entire idea of national referendum voting on the basis of one ugly campaign. And since referendum voting isn’t much of an American tradition outside of California, the pros and cons of referendums aren’t mainly what ought to concern us. But there are two bigger points that should.

First, deciding what’s most “democratic” is much less obvious than some would make it seem. On the surface, what could be more democratic than directly asking voters what they want and letting the majority rule? But if referendums really do put less honest information in voters’ hands, if they really do remove checks on the behavior of political elites—and if, moreover, they’re especially susceptible to capture by special interests—are they really more democratic than ordinary elections? The point isn’t that the answer is clear one way or the other, and is still less that referendums are a case of “too much democracy”; the point is that what’s democratic isn’t self-evident. And yet, think of how common it is for populists, of all political persuasions and in most countries, to talk as if the people’s will is obvious and easily discoverable, as if it would jump out at us if only the right elites were overcome once and for all. The Brexit vote is a lesson against facile assumptions about where and how to find the people’s will.

Second, it’s precisely those most frustrating parts of politics—its inconclusiveness and indeterminacy, its repetitious cycles of elections and arguments—that give us our best hope of political honesty and accountability. It’s the anticipation of being judged in the next election, and the one after that, that brings the powerful under at least a modicum of popular control—not the possibility of a crushing victory that will establish the will of the people once and for all. And yet our politics is suffused with that possibility, with a rhetoric of finality. You can hear it in the talk of “permanent” or “generational” majorities that crops up after impressive election wins, or in the messianic language that always seems to find its way into presidential campaigns. We like to imagine a way of winning that’s not temporary, conditional, and compromised, but permanent, triumphant, and maximally dramatic. We’d like winning to look like this. For as much as they disagree on, it seems that both sides of the Brexit campaign relished the idea of a vote that was final in a way that few votes are. They got what they wanted, and it tastes like ashes.

Rob Goodman is a Ph.D. candidate in Political Theory, with a minor in Law. Before beginning graduate study at Columbia, Rob worked as speechwriter for House Majority Leader Steny Hoyer and Sen. Chris Dodd. 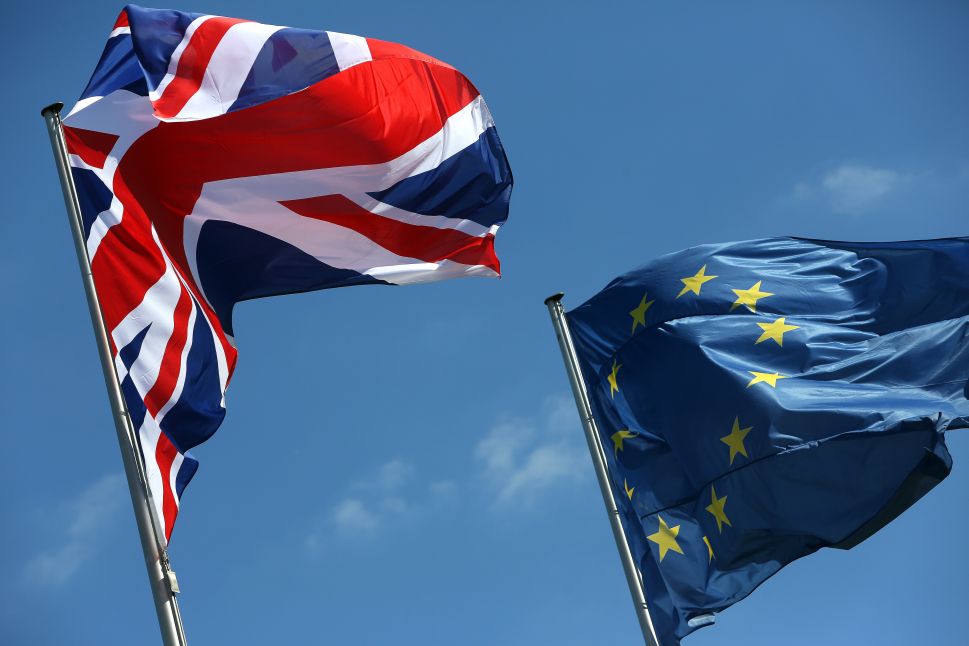