Talking on 1010 WINS from Ohio this morning, Donovan hit Cruz for failing to endorse Donald Trump for the White House and for using his speaking slot to expound on his own vision for America.

“I think it was pretty selfish for Senator Cruz. I mean, it was, not primetime television on the third night of the convention is it for you to promote your own agenda,” the congressman, who represents Staten Island and parts of Brooklyn, said. “It’s for you to support the Republican Party and the Republican Party’s nominee.”

Trump won big on Donovan’s home turf in the April 19 primary—bigger than anywhere else in the city, the state and even most of the country. But he did it without the congressman’s support.

Donovan called Trump “a personal friend” in one interview with the Observer, but later denounced some of the Queens-born businessman’s debate antics and announced his personal support for Ohio Gov. John Kasich’s candidacy. After Trump secured the nomination, he vowed to campaign for the developer, arguing that all Republicans should work to deny Hillary Clinton the White House.

The congressman suggested that Cruz lacked this sense of esprit de corps, and linked it to Cruz’s famous dig at Trump’s “New York values” on an Iowa debate stage months ago.

“I guess New York values are a little bit more loyal than Ted Cruz’s values,” he said, dismissing any idea that the high visibility dispute would damage either the GOP or its nominee. “I think the party will overcome that, I think Ted Cruz only hurt himself and didn’t hurt Donald Trump at all. I think Donald Trump comes out looking better in this than Ted Cruz certainly does, and I think it’s not going to be harmful at all.”

All the GOP candidates signed a pledge to support the eventual nominee, though Trump frequently flirted with breaking it. Kasich has also declined to endorse his party’s candidate, and has refused to appear at the convention held in his own state.

Cruz did not immediately respond to requests for comment. The primary contest between the Texan lawmaker and the Manhattan reality TV star turned bitter in its last months—with Cruz labeling Trump “a pathological liar” and Trump mocking Cruz’s wife’s appearance on Twitter and suggesting his rival’s father had a hand in President John F. Kennedy’s assassination. 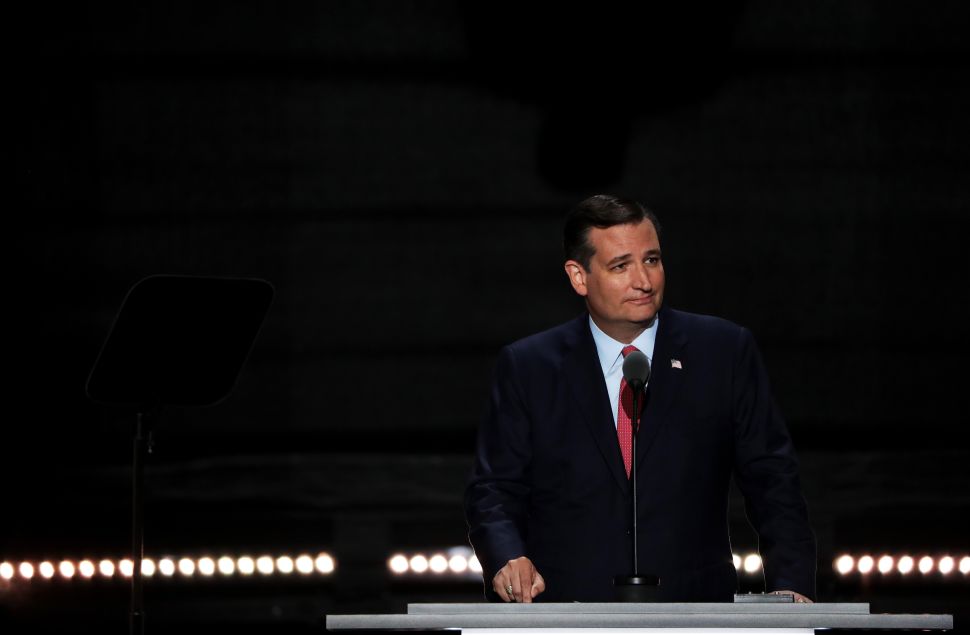