In the past decade and a half, a plethora of bands have utilized Post-Punk’s angular chink-chank, cracked-glass hisses and clanks, bari/mono/tone vocals, and Ritalin rhythms. But this affect, this style, is generally used as a flavor, as a scent, as a coat of paint, as another aspect of a larger arsenal that integrates more modern, commercial, or contemporary styles.

Omni aren’t merely influenced by Post-Punk; they aren’t waving around bass and drum parts from Unknown Pleasures and hoping everyone compliments their good taste. On the very-deliberately titled Deluxe, Omni have so fully embraced every joyful, neurotic, noisy, choppy and emotive tic of Post-Punk that they have made an album that is absolutely and completely indistinguishable from the most fiery, spindly, finger flailing, brittle and brusque Post-Punk records of 1978 – 81.

Let me take a second to explain the musical milieu we’re talking about.

The term Post-Punk can be accurately applied to a lot of things: the glowering ambience of PiL; the grim, ringing Northern autobahnism of Joy Division; the rhythmic ecstasy of A Certain Ratio; the nervous Beatleism of XTC; the black-light devil-Floyd pop of the Cure; the rattling agro funk of the Au Pairs and Gang of Four, and on and on. The genre Post-Punk even subsumes the syncopated, skipping metal-punk of the Ruts, the Celtic hop of the Skids, and the faux-aboriginal glitter of Adam and the Ants.

The ideation of Post-Punk relevant to our discussion today is the frenetic, ambitious, guitar-driven post-Velvets/pre-R.E.M. high blood pressure art rock of Wire, Orange Juice, the Monochrome Set, TV 21, Dirk Wears White Sox-era Adam and the Ants, etcetera (and in America, the Feelies, the Individuals, the Method Actors, and Pylon, among others).

Like the punk rock bands that (just) preceded them, these groups aimed to short-hand pop into sharp shocks of text and concept; unlike (most) of their punk predecessors, they drew influences from third-album Velvets, Eno, Big Star, Terry Riley and Steven Reich, Neu!, Barrett-era Floyd and Soft Machine, and almost completely discarded the fat-chord Ronson-isms and Thunder-isms of punk’s initial flowering.

Omni haven’t merely taken the Wire/Monochrome Set school of Post-Punk as an influence, as others have; they’ve transcended pastiche and created a gorgeous, effective, and vastly exciting precise replication of the era (with a particular nod to the relatively obscure Monochrome Set, a band whose swagger particularly influenced the Smiths).

This shaky, fantastic, frantic, brittle, herky-jerky cracker of an album avoids all temptation to integrate the Sound of Young ’79 into any contemporary milieu. In this sense, Omni resemble genre purists like Thee Milkshakes (the 1980s U.K. outfit led by Billy Childish who slavishly reproduced every aspect of the sound and the production of very early British r&b and Mersey acts like the Pretty Things, the Swinging Blue Jeans, the Kinks, and Hamburg-era Beatles).

Everything on Deluxe is exactingly and lovingly era-specific: the crisp, upfront guitars that sound like they went a little hot to tape, but are never deliberately lo fi; the clean drums tucked into the middle/back of the mix; the doubled vocals with a heavy touch of factory-set reverb; and most of all, arrangements that favor brittle, arpeggiated guitars and hyper-strummed “Dot Dash”/”What Goes On” style chording over clean but agitated rhythms.

At many times, listening to Deluxe is like finding a lost classic, or a previously unreleased work of genius by Monochrome Set or the Method Actors (a circa-1980 guitar/drum duo from Athens, Ga., who, alongside Pylon and Feelies, may have been the best Post-Punk band in America; although fairly obscure, much of Deluxe so resembles the Method Actors that I would be very surprised if this similarity wasn’t intentional).

Now, what the contemporary listener might mistake for coloring outside the delineated genre lines on Deluxe is due to the fact that Omni have so faithfully become lost in the time warp that we can hear the influences that sluiced into the next generation(s) of rock.

Omni haven’t merely taken the Wire/Monochrome Set school of Post-Punk as an influence, as others have; they’ve transcended pastiche and created a gorgeous, effective, and vastly exciting precise replication of the era.

In other words, if you think you hear something on Deluxe that sounds a shade like (very early) R.E.M. or the Smiths, that’s because Omni sound exactly like the bands that influenced those groups; and if you hear some of the territory later covered by Arcade Fire or the magical Sunflower Bean, it’s because Omni faithfully—heck, precisely—honor the strumming, ringing, chiming, arpeggiated claustrophobia of the bands who influenced those contemporary heroes.

Not only have Omni created an amazing slice of a time that is not their own, they will make you want to go back and listen to the absolutely stunning bands of that period who are frequently overlooked, like TV 21, early Orange Juice, Chairs Missing-era Wire, the relatively little-known pre-Burundi Adam and the Ants, and most especially Method Actors and Monochrome Set.

In that scene from Tropic Thunder noted above, Kirk Lazarus explains to Tugg Speedman that his willingness to go “full retard” prevented his Simple Jack character from getting an Academy Award nomination. I suppose that Omni’s blissful eagerness to make a virtually perfect replication of a relatively obscure avenue of Post-Punk may confuse some listeners and critics. But that’s their loss.

Thrilling, tense, beautifully conceptualized and realized, and an absolute joy to listen to, Deluxe is certainly one of the very best albums of 1979…or 2016.

Omni perform at Shea Stadium in Brooklyn on August 20 and Manhattan’s Mercury Lounge on August 21. 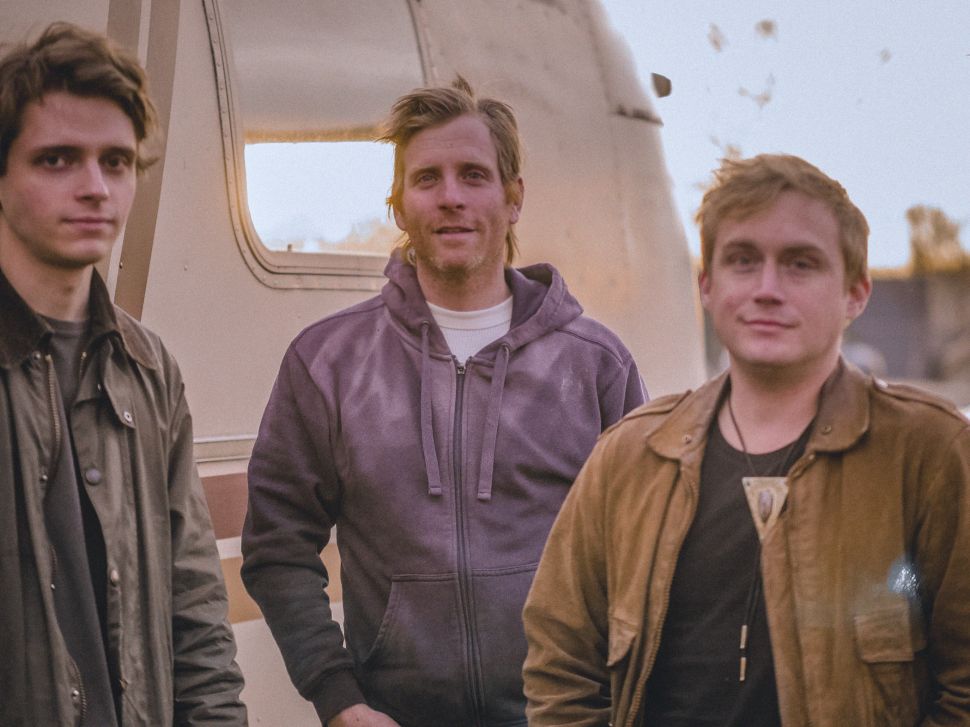