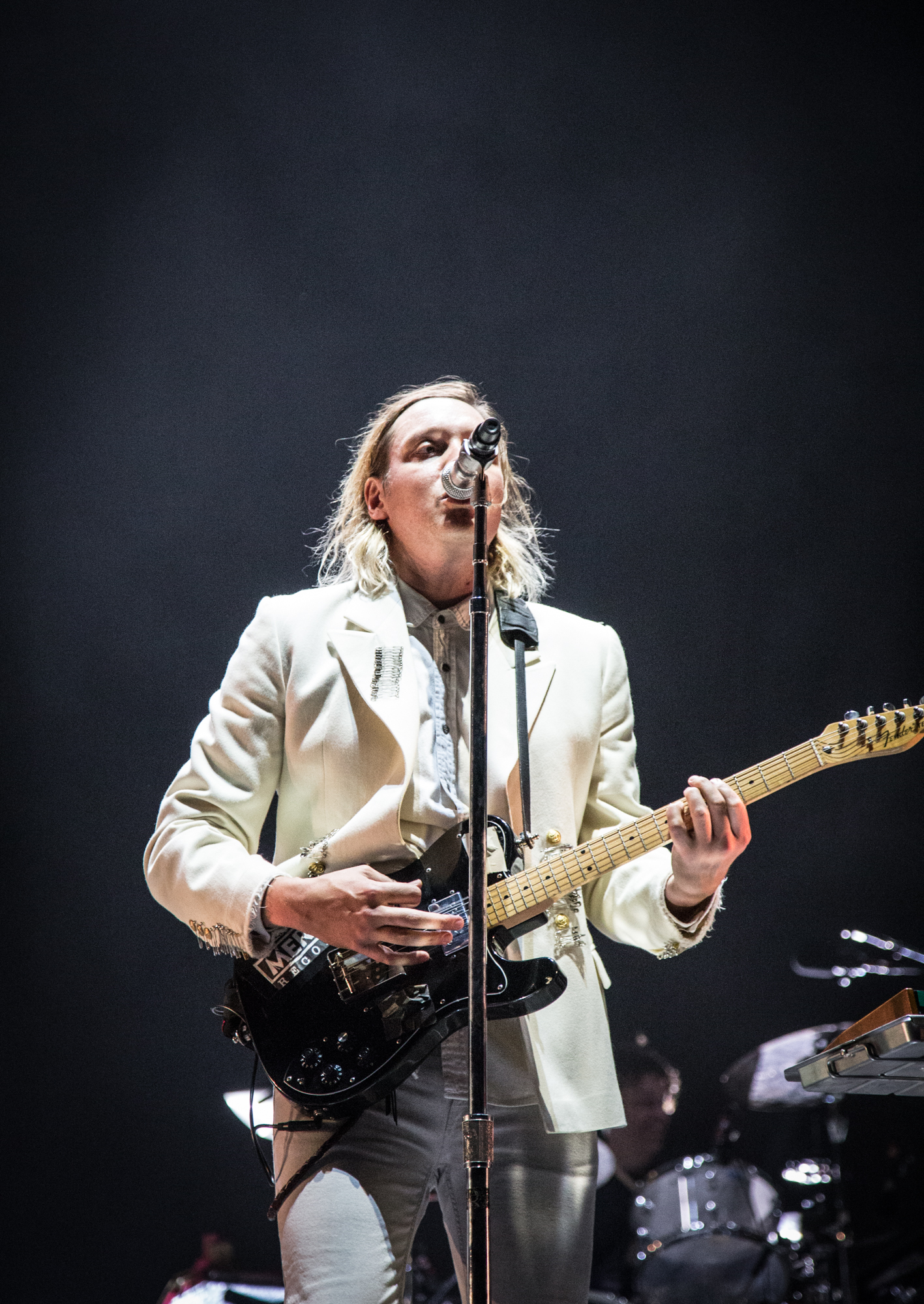 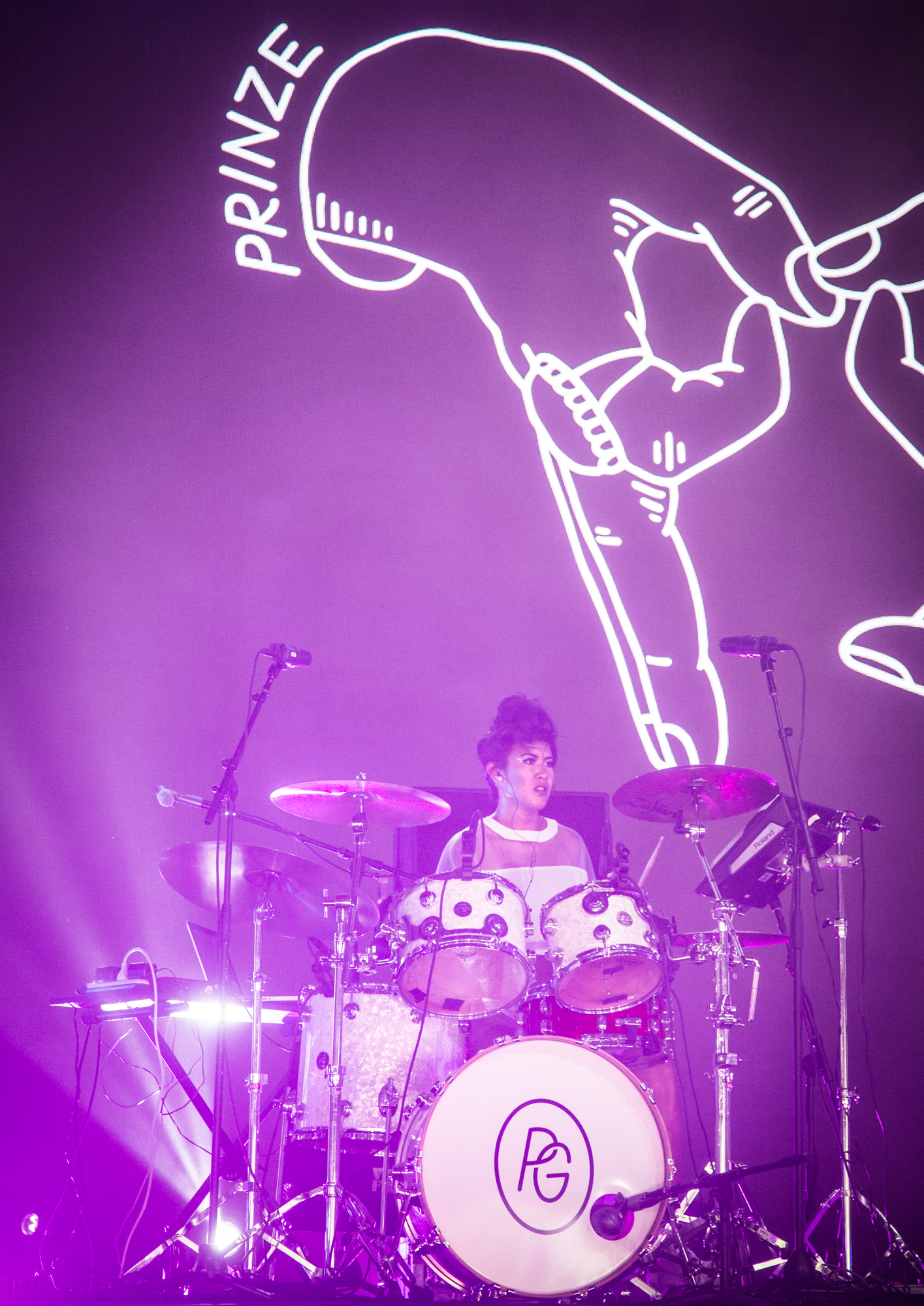 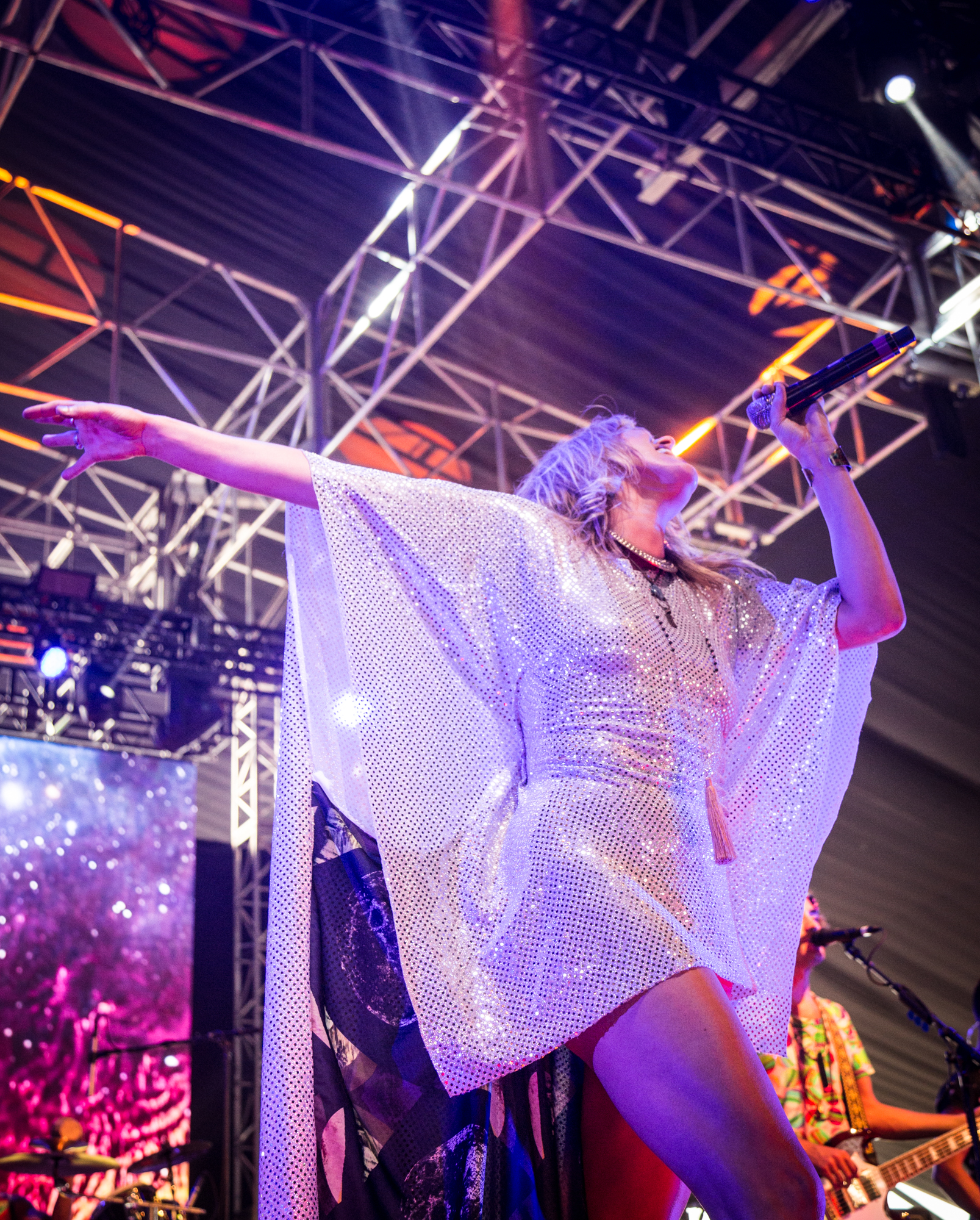 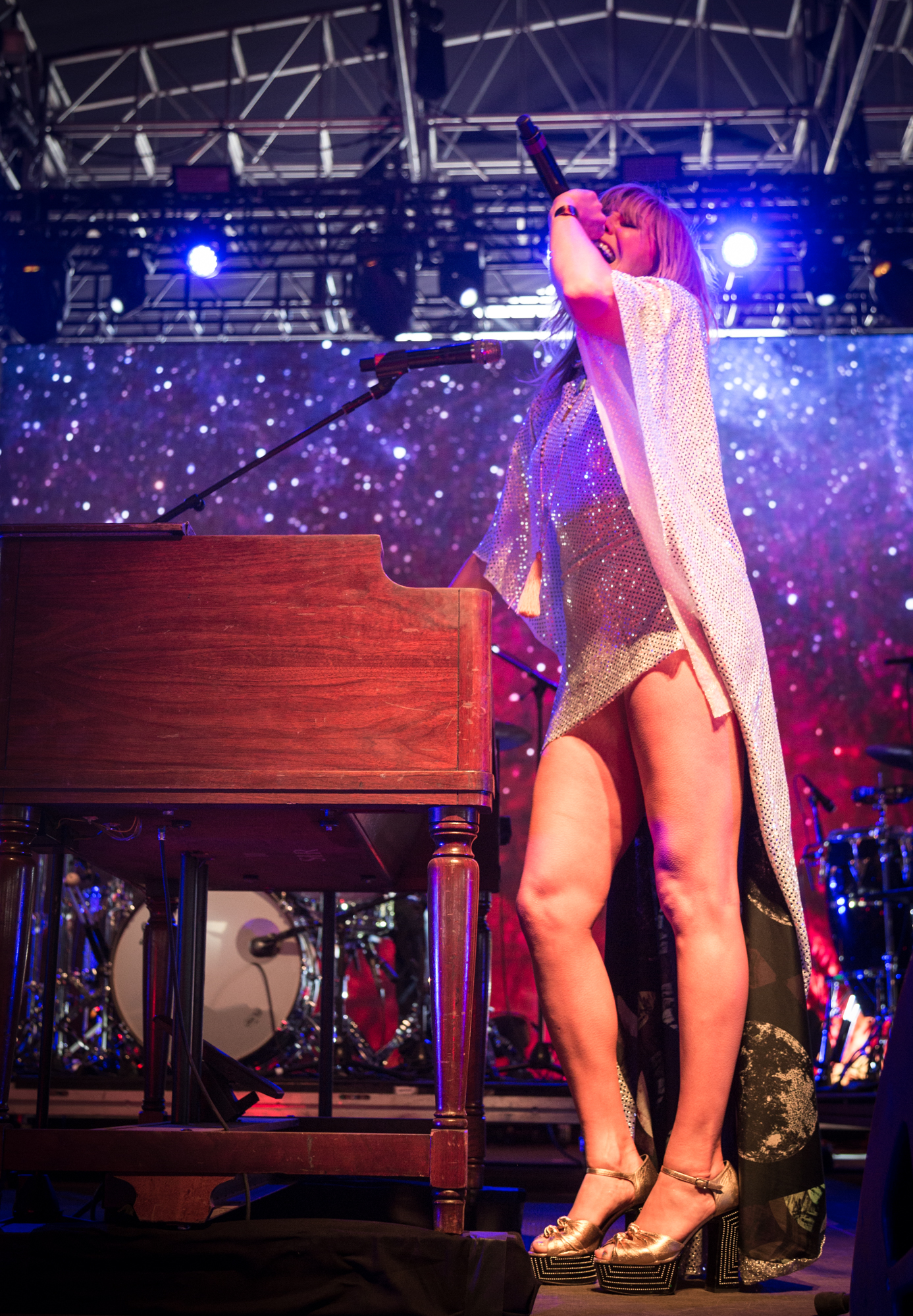 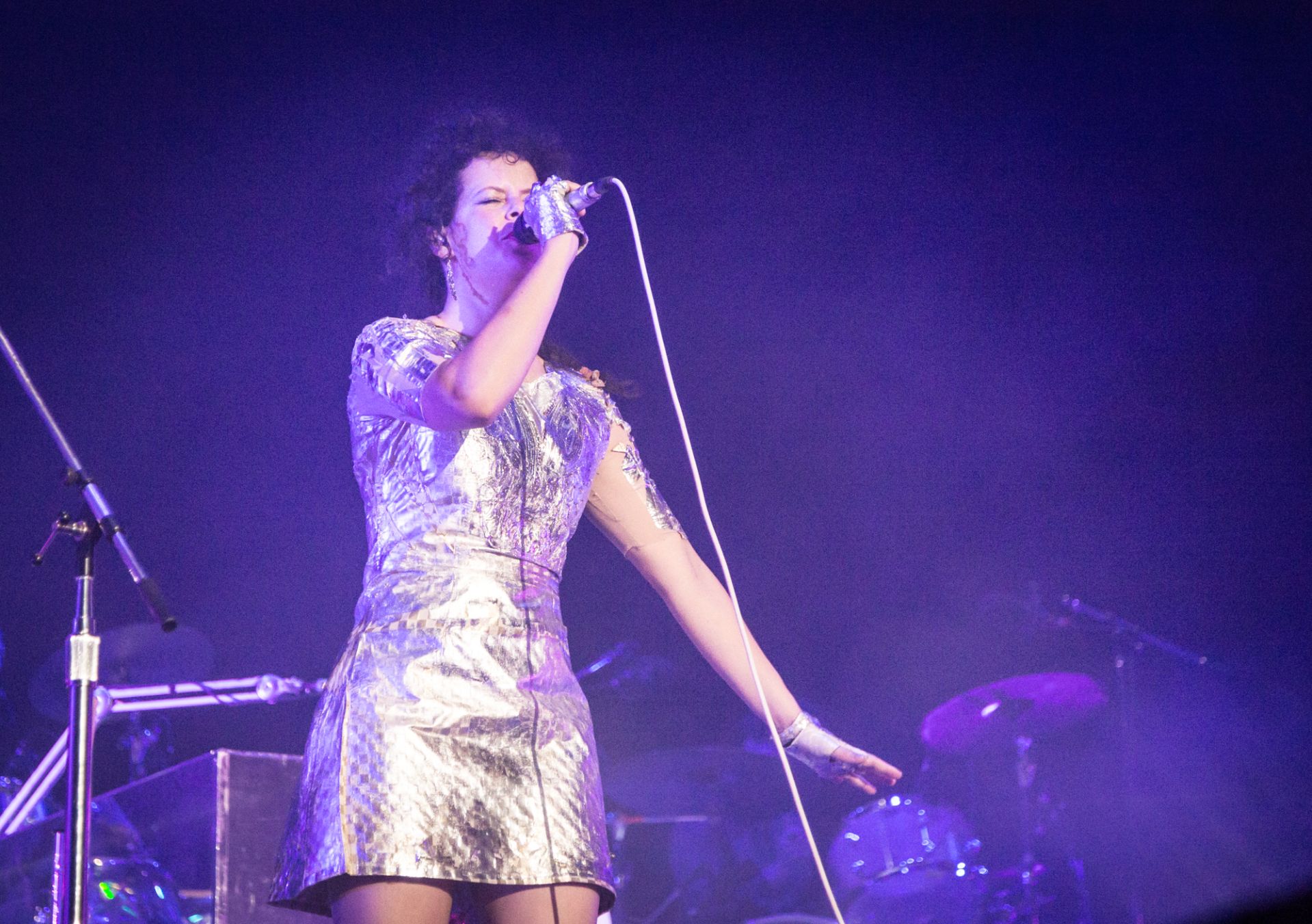 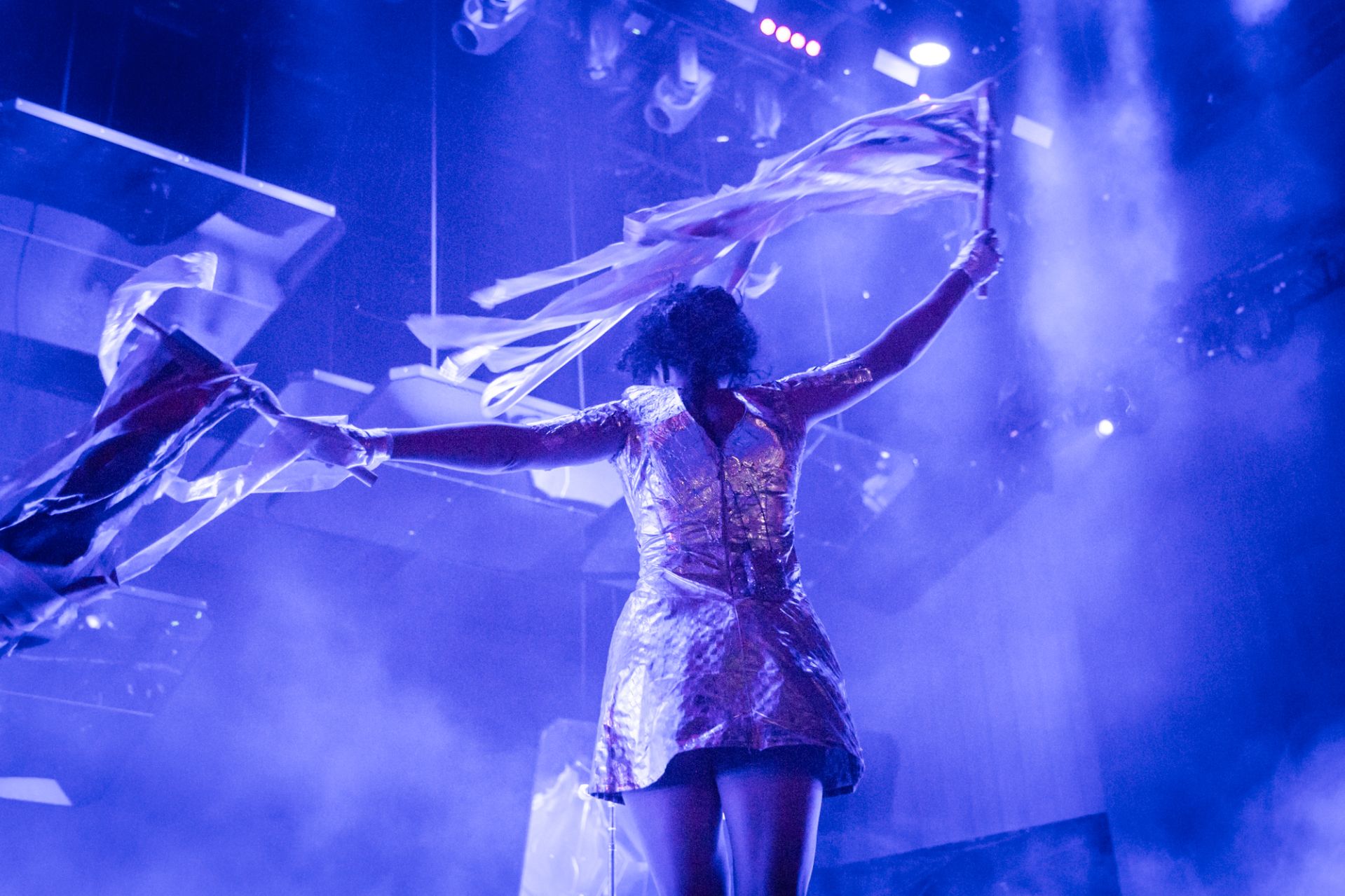 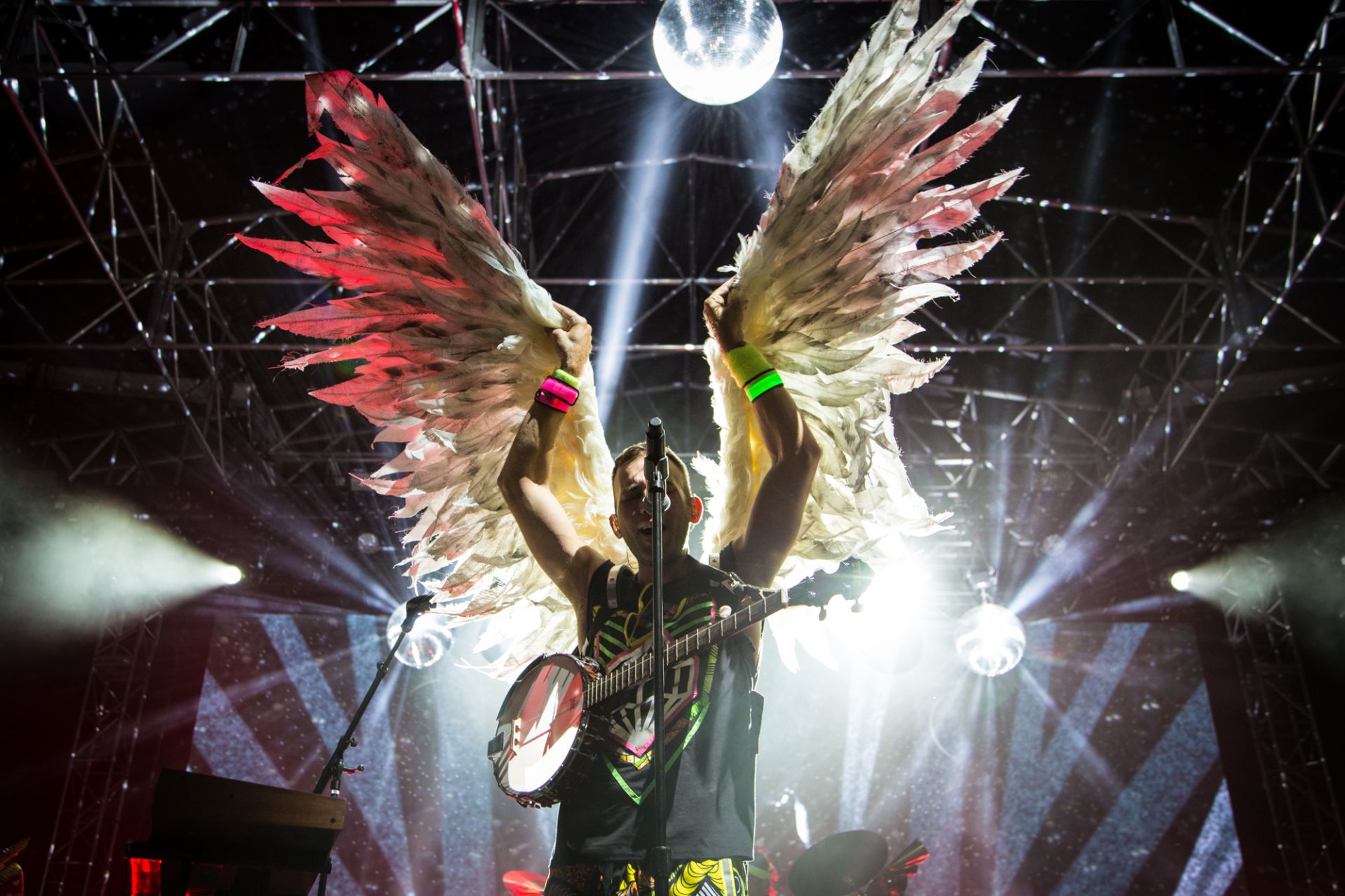 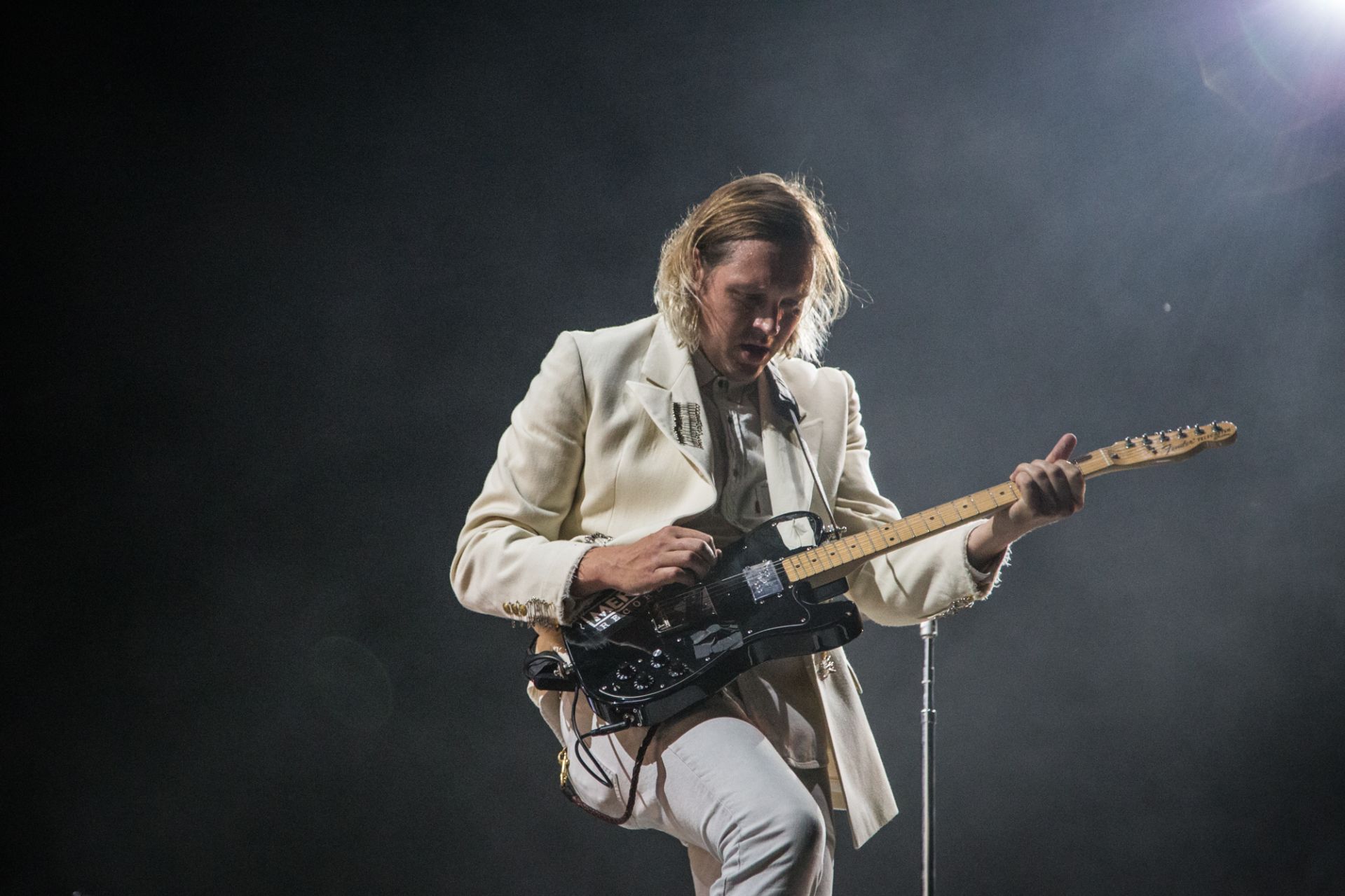 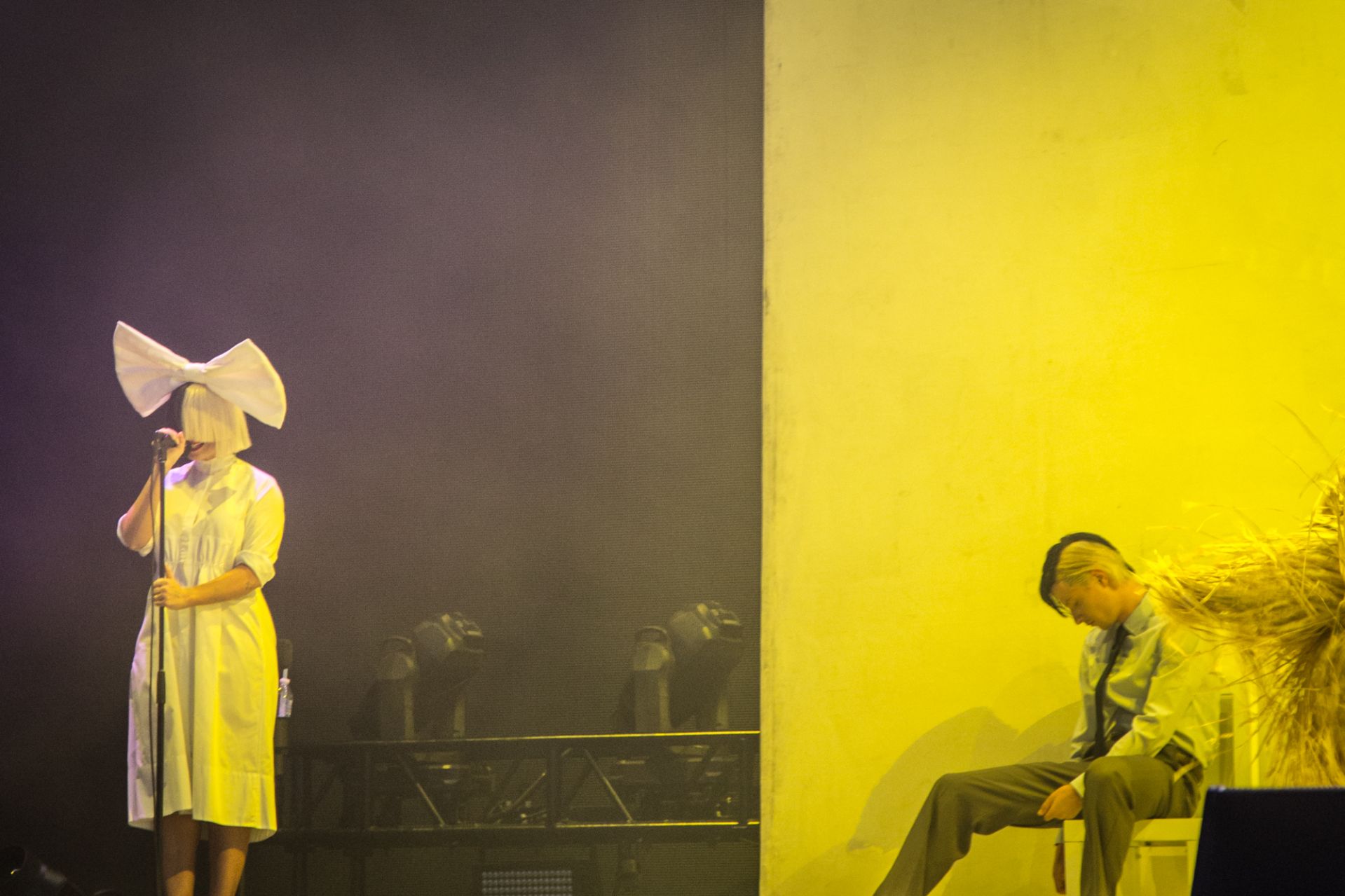 Sia was joined onstage by celebrities with her haircut.
(Photo: Kaitlyn Flannagan for Observer) 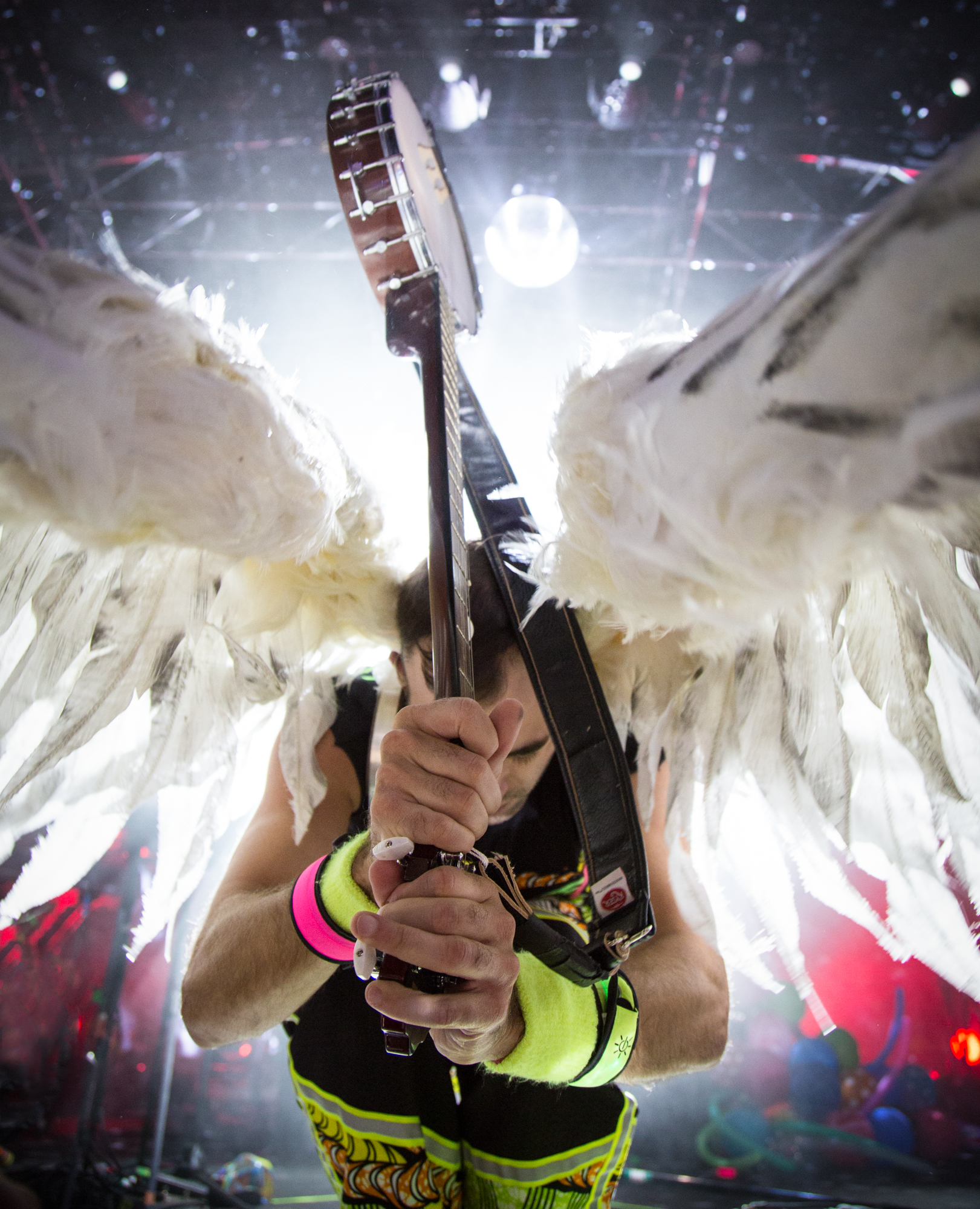 Sufjan Stevens smashing a banjo in neon wristbands and wings, which he later pulled off.
(Photo: Kaitlyn Flannagan for Observer)
Advertisement 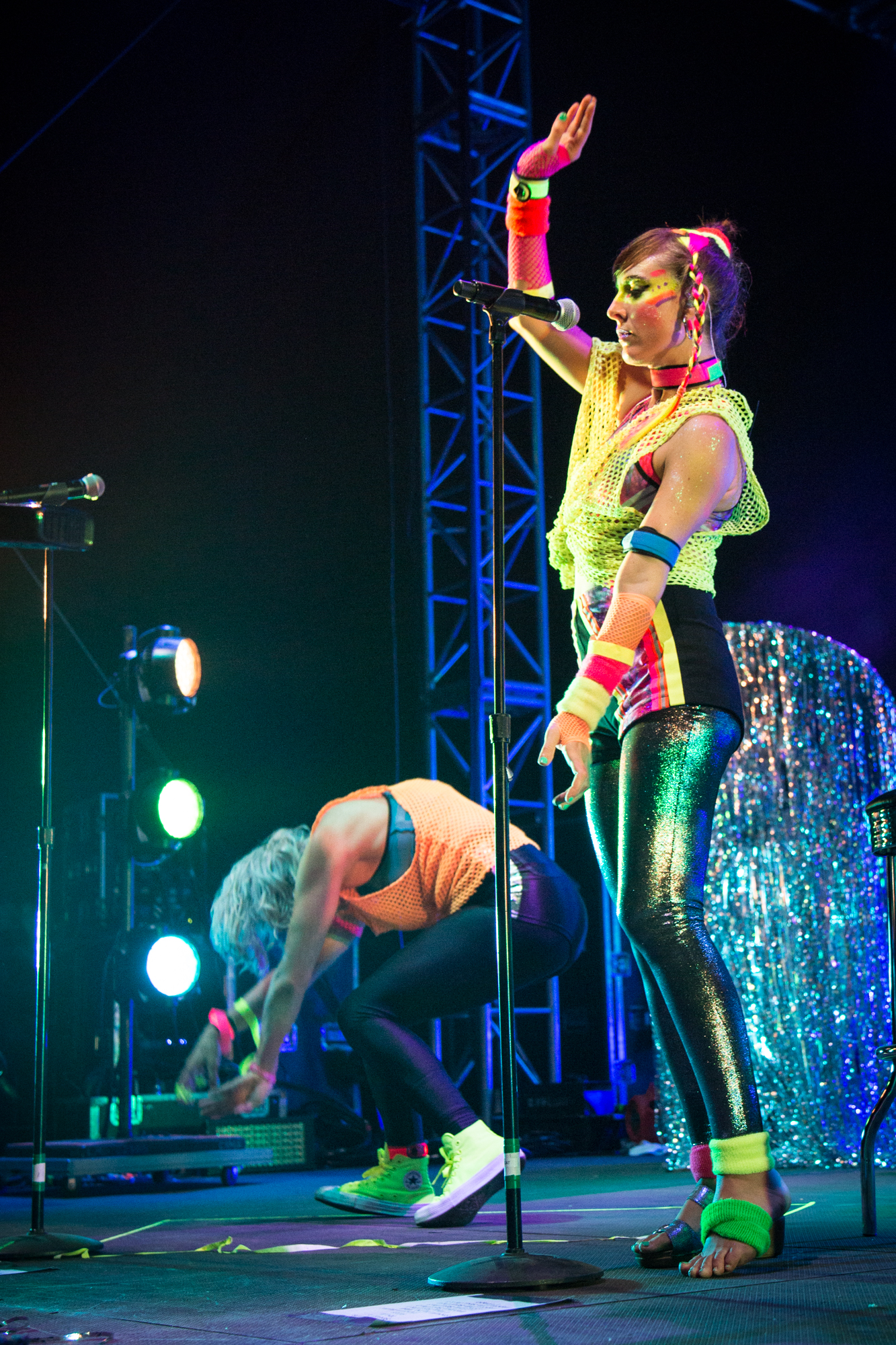 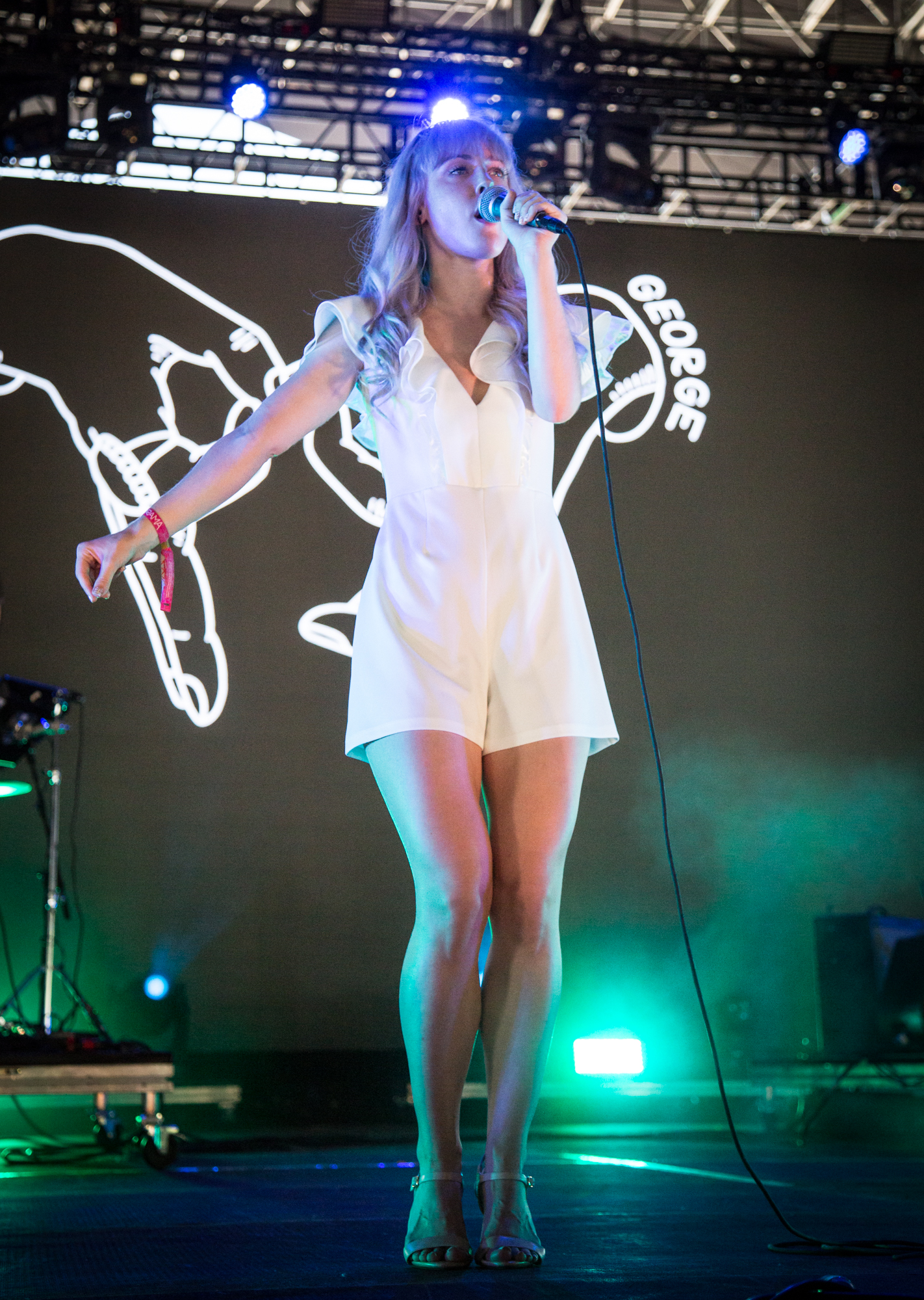 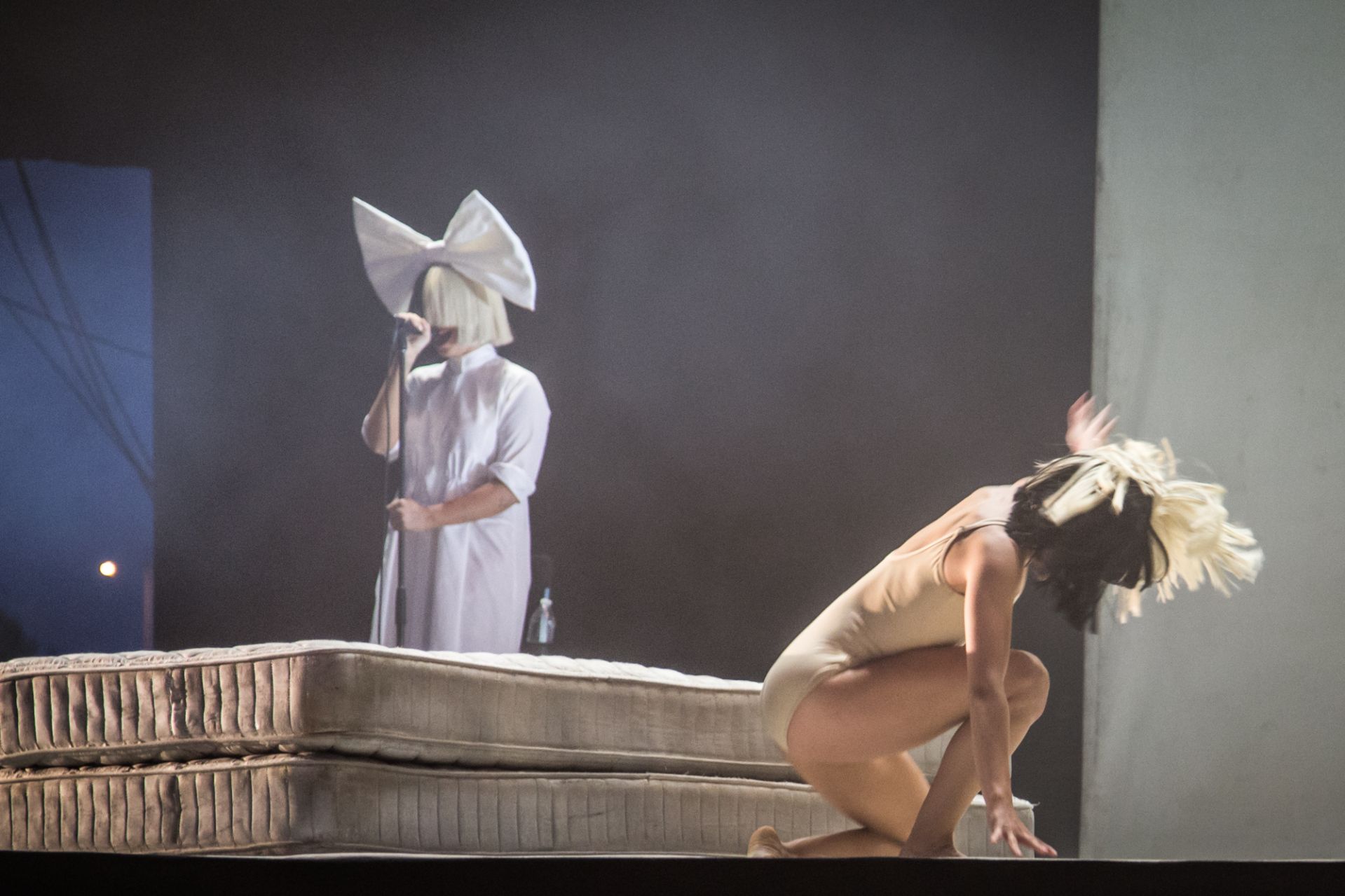 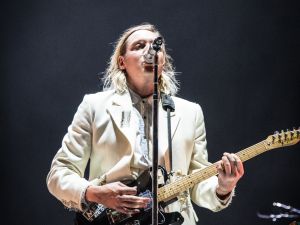 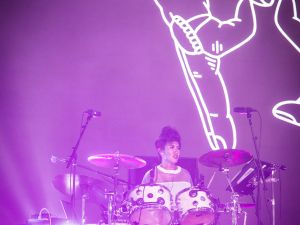 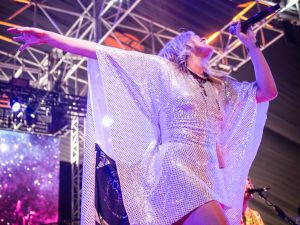 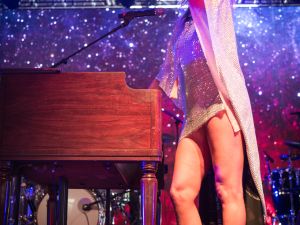 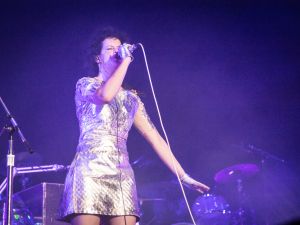 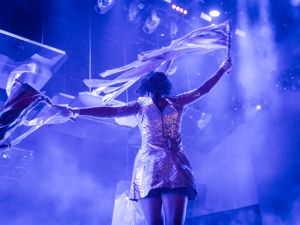 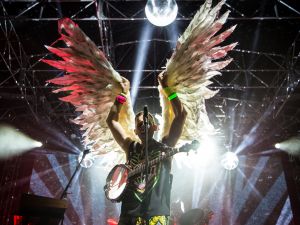 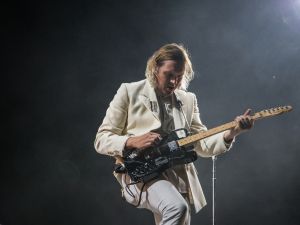 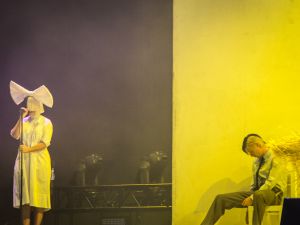 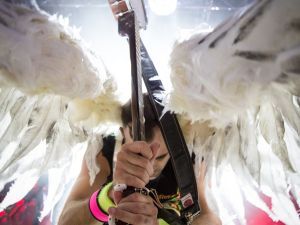 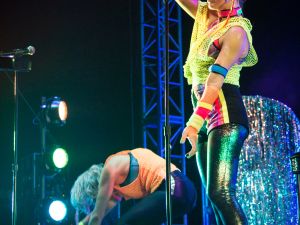 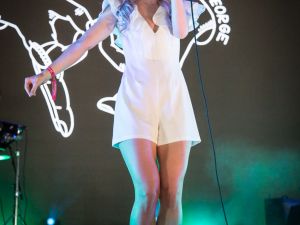 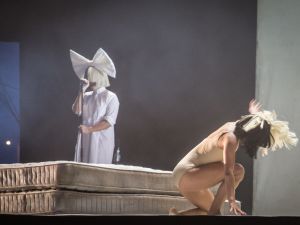 At the first-ever Panorama, the fashion was entirely futuristic. While a few concert-goers/cool teens wore typical festival attire, consisting of crocheted crop tops, shredded jean shorts and Vans, there was nary a flower crown in sight. Instead, think short, floral Reformation dresses, flatforms and more emoji covered, lace up leotards than a Tumblr gymnastics meet. Despite the extremely high, and even dangerous, temperatures, the style was more similar to Coachella than Governor’s Ball, where everyone chose comfort over chic. The fest was full of Instagram famous food vendors, frequented by social media influencers garnering likes in the thousands for posts of their off-the-shoulder tops, and even hosted its own Sephora booth, where fest-goers could receive makeovers and experience sheet masks to refresh. The elegance of the outdoor festival made it difficult to put on a pair of ancient Vans and call it a day (or night).

Still, the hippest of all the outfits were onstage, where the futuristic fashion from Governor’s Ball continued and evolved. The many female fronted acts, including Grace Potter, Sia, Prinze George and Arcade Fire, all put on shows wearing silver lame, sequins, or all white, dressing their bands in matching ensembles.

Arcade Fire’s high energy Friday night set ended with an impromptu jazz funeral for David Bowie, with a second line provided by the Preservation Hall Jazz Band, who performed earlier in the day. Lead singer Win Butler wore a white suit that was obviously not holding up well in the heat, pairing it with silver accessories. Régine Chassagne ribbon danced in an all silver dress and matching gloves, which looks suspiciously like tin foil. The tin foil trend continued when Sufjan Stevens performed in a similar suit on Saturday evening.

On Sunday afternoon, Indie up and comers Prinze George put on a low-key set with songs that sounded fitting for a Free People commercial, in the perfectly vibey way Coachella favorites have mastered. The set verged more towards pop at the end, with a singalong to their hit “Victor.” Lead singer Naomi Almquist channeled her inner Lana Del Rey, wearing a pristine white, ruffled romper that would be covered in grime if a festival-goer had tried to wear a similar style. The entire band wore white, with drummer Isabelle de Leon outfitted in a matching mesh romper and heels. Later that day, the Vermont-based Ms. Potter ditched her usual backing band, the Nocturnals, in lieu of new musicians wearing outer space influenced outfit. She performed in a silver sequin lame mini dress with a matching cape, twirling around the stage in the dangerously short skirt. The set was more disco and pop infused than her usual country rock, matching her dance team inspired dress.

The final performance, before LCD Soundsystem, was by Sia and a whole slew of her celebrity friends, allowing her to sing from behind her wig while they stole the spotlight. Sia’s elaborate-yet-sparse set was the most involved, with cameos by Paul Dano, Dance Moms alum Maddie Ziegler (who crawled out of Sia’s intricate gown, to excited cries of “She brought the little girl!”) and female Ghostbuster Kristen Wiig.

As the day wound down, the crowd looked like they had all just barely survived the high 90s heat, especially if they were wearing anything elaborate. But even if concert crowds don’t start wearing sequins, all white (one girl unfortunately was, and her fringed shorts had definitely seen better, less dirty days) and full suits, festival fashion is taking a turn away from the bohemian and towards the futuristic. It looks like youth tonic is really catching on…