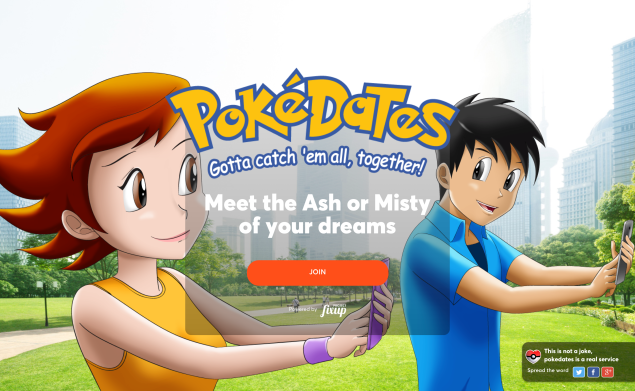 It’s no secret that the augmented reality game Pokémon Go has taken over our news feeds and your phone’s battery life for the past two weeks. Users have gained social lives, discovered new neighborhoods and have fallen over cliffs while playing the addictive game. But now the game has taken a romantic turn with PokéDates. Online matchmaking site Project Fixup has taken advantage of the Pokémon Go craze by offering a platform for all hunters and Gym Leaders from team Instinct, Mystic or Valor, to find love via Pokémon prowess. The company’s 25-year-old Chief Fixup Officer Daniel “Dank” Korenevsky conceived the concept for PokéDates after seeing the game’s ability to bring people together. While this may seem like little more than a PR stunt, Korenevsky told the Observer in an email interview that he hopes users will “find the Ash or Misty of their dreams.”

Where did the idea for PokéDates come from?
I saw how the game was bringing people together in real life. This is exactly what Project Fixup does; it uses technology to bring people together in the real world, albeit usually we hope that they don’t have their cell phones out the entire time. At Project Fixup our members choose from different themes for their fixups – classic fixups like coffee, craft beer or tacos, or specialty limited-time fixups. We thought Pokémon Go would make for a really great specialty theme, so we spun it off into its own website!

How long was it in the works before launching?
Oh boy. The idea came up on Thursday (July 14), we decided and proceeded to dive into the project on Friday(July 15), and by the following Wednesday morning (July 20) the site was live.

What are the qualities users are matched on?
The PokéDates matching process will follow the same process as other Project Fixup fixups, so we will use all of the information that users fill out in their questionnaire. There’s a demographic portion of it, where they can indicate which qualities they are or aren’t picky about, and then the qualitative part which is the most important, which finds their weaknesses and deal-breakers. 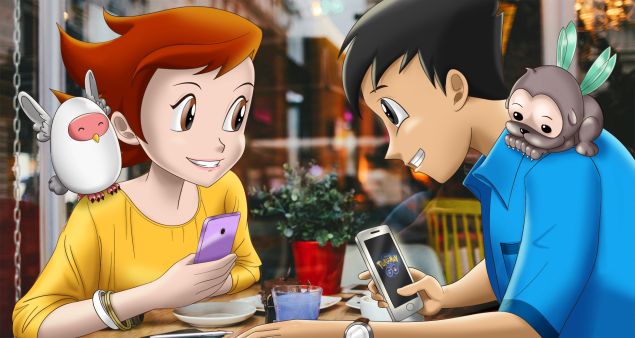 Finding the love of your life is just a Gym Battle away (Photo: Courtesy of Project Fixup)

What’s the most popular location for a PokéDate?
Since the location will be different for all users, it’s hard to say. We had initially wanted to choose locations that were near special PokéStops or Gyms, but since in big cities the elements of the game can be found on almost every corner, we decided it would be best to have them meet at coffee shops or other local businesses (they can fuel up before their adventure) and let the couples explore on their own. We imagine it may start off with a coffee or quick snack, and end with a meal or a drink once they’ve run out of Pokeballs or physical energy.

Which Pokémon do people typically hunt together for during dates?
The rare ones, duh! Really, it depends where you are because Pokemon variety is geographic dependent.

Are dates typically centered around Pokémon that they’re hunting?
It’s up to the users. If two players already have a stacked PokéDex, they may want to spend their time trying to take over a gym. If they’re newer to the game, then hunting it is. We imagine a lot of fixups might have one player that’s more inexperienced, which will really be a great ice breaker with one getting to share their expertise with the other.

What is it about Pokémon hunting that bonds people and leads to romance?
It’s a fun activity! We’re always looking for good first date activities, but we know they also need to retain an element of casualness. An event or even something like bowling might mean you’re committing to a few hours on a first date. We like to set up the fixups so they can be as long or short as the couple desires without any awkwardness or pressure to stay.

Has anyone gotten hurt on a PokéDate?
Not that we know of! Another good part of PokéDates is you’re not playing alone so you have someone to keep you safe without having to hire a trainer. 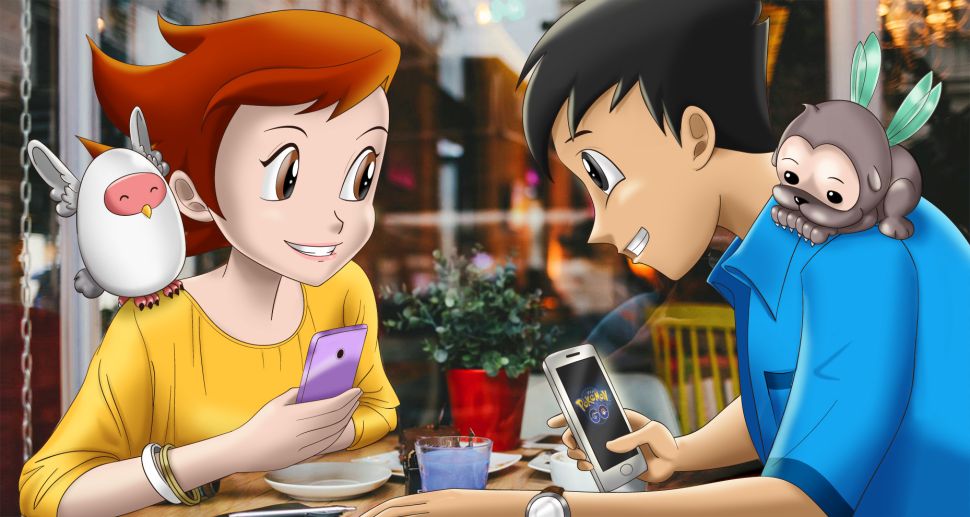