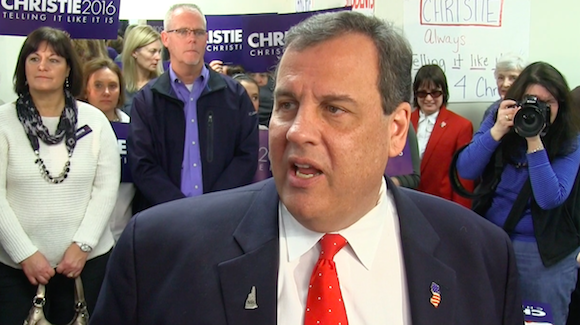 It’s Tuesday, and anticipation is building for the upcoming Republican Convention while voter resistance seems solid on the question of expanding casinos into northern New Jersey. For that, and a roundup of the rest of the state’s political news, read on.

Quote of the Day: “Favorable attitudes toward expansion have never been part of the landscape. This suggests the supporters of this amendment will continue to experience an uphill battle convincing voters that casinos beyond Atlantic City are a worthwhile investment in local economies,” – Krista Jenkins, professor of political science and director of Farleigh Dickinson University’s PublicMind.

RNC Preview: What NJ Republicans Expect From Cleveland
On July 18, Republicans from around the country will converge on Cleveland, Ohio to take part in the Republican National Convention (RNC). New Jersey Republicans will be well represented in Cleveland as they participate in the process that will likely name businessman Donald Trump the official party nominee and select a vice presidential running mate.
Alyana Alfaro, PolitickerNJ Read more

Kyrillos to Introduce Bill to Make Targeting of Police a Hate Crime
Following the tragic deaths of five police officers at the hands of a lone-wolf sniper in Dallas last week, state Senator Joe Kyrillos (R-13) will introduce legislation stiffening penalties for those who target police and EMS workers by classifying similar attacks as hate crimes. The gunman in Dallas had told negotiators that he wanted revenge for police killings like those in Louisiana and Minnesota that same week.
JT Aregood, PolitickerNJ Read more

Fulop Meets With Former Norcross Challenger in South Jersey
Jersey City mayor and likely gubernatorial hopeful Steve Fulop visited South Jersey over the weekend, and met with the former progressive challenger to incumbent U.S. Representative Donald Norcross in Cherry. The trip marks the second time that Fulop has made the trip down the Turnpike to drive up support against his rival, Norcross ally Steve Sweeney (D-3) after appearing in Atlantic City earlier this year.
JT Aregood, PolitickerNJ Read more

Newark Watershed Contractor Fesses Up to Conspiracy
A West Orange man who was the sole proprietor of two companies that purportedly provided printing and digital marketing services to the Newark Watershed Conservation and Development Corporation (NWCDC) today admitted his role in a conspiracy to fraudulently bill the NWCDC for more than $110,000 for work that was never performed, U.S. Attorney Paul J. Fishman announced.
Politicker Staff, PolitickerNJ Read more

Another Birdsall Exec Tagged and Bagged
Acting Attorney General Christopher S. Porrino announced that former Birdsall Services Group executive William Birdsall was sentenced to jail today for participating in a criminal scheme in which more than $1 million in corporate political contributions were illegally made through firm employees to evade New Jersey’s pay-to-play law. He is the third Birdsall executive to be sentenced to jail or prison this year. Birdsall Services Group (BSG) was an engineering firm based in Monmouth County that now is out of business.
Politicker Staff, PolitickerNJ Read more

Americans Drown in Debt While Some Profit
CJ is a clerk at a local hospital whose surgery should have been covered by his insurance, but the bills, while being disputed, were sent to a collection agency, negatively affecting his credit rating. CJ works odd jobs in between his full-time job to help pay the mortgage and his children’s education, but he is falling behind.
Ann Twomey, PolitickerNJ Read more

Sweeney to meet with Christie over possible ‘compromises’ on Transportation Trust Fund
Senate President Stephen Sweeney said Monday that he plans to meet with Governor Christie later this week to discuss possible “compromises” to resolve a standoff over how to fund the state’s cash-strapped Transportation Trust Fund.
John C. Ensslin, The Record Read more

N.J. towns get big break in required number of affordable housing units
New Jersey’s suburban towns got a big break Monday in the number of affordable housing units that must be built over the next decade, as a state appeals panel overturned a court order that could have added thousands of units to developers’ plans.
Salvador Rizzo, The Record Read more

Christie met privately over weekend with Trump’s vice-presidential vetting attorney
Gov. Chris Christie remains on the short list in Donald Trump’s search for a running mate and privately met with the attorney leading the candidate’s vetting effort on Saturday, according to two people familiar with the process.
Robert Costa, Washington Post Read more

How Christie’s school funding plan could affect your property taxes
Gov. Chris Christie’s proposed school funding overhaul could produce property tax relief from as much as $4,500 for the average homeowner in Glen Ridge to a little as $5 on average in Mount Ephraim, according to state data.
Stephen Stirling and Adam Clark, NJ.com Read more

Woman launches Black Lives Matter Morristown
Like any single parent, T’Anna Kimbrough was “tired and busy,” as she puts it. The 26-year-old Morristown High School alumnae, a resident of the Cedar Knolls section of Hanover, is an assistant family service worker for the state Department of Children and Families, and mother of 9-month-old Sky Autumn.
Julia Martin, Daily Record Read more

Camden’s parking director makes more than the mayor
In the 41/2 years since Camden’s Willie Hunter took over as director of the city’s Parking Authority, his salary has practically doubled. Last week, a raise of about $18,000 brought his annual pay to $115,000, officials said.
Allison Steele, Inquirer Read more