I don’t think I’ve ever had an easier time picking a topic than I have this week, because my life has turned into an adorable ripoff of Invasion of the Body Snatchers, and it’s feeding on the rays. What I mean is: holy fucking shit, Pokemon Go! Have you ever seen anything like this? People unabashedly playing video games in public? It’s a phenomenon even if you’re not playing; Pokemon Go has been in our lives for about a week now and has already disrupted everything we hold dear, from giving indoor kids a reason to be tan and fit to making the Holocaust museum a place you would ever voluntarily enter.

Here’s the funny thing, though: it’s an awful game! In Pokemon Go’s jorts-short lifespan, its launch failures are already the stuff of legend. Incorrect launch dates, servers that constantly crash under the load of its player base, nonexistent documentation, and not really anything to do. This might be the worst part, because when you’re out hunting Pokemon during the sliver of free time that exists between soul crushing job and shame-inducing dream cycle, you see other people playing constantly and all you can do to interact with them is have a conversation. Not to sound like the kind of social bizarro who chooses video games over human contact, but we could already do that and basically everyone I know chooses not to on the daily.

If you’re a grown adult and you love [Pokemon Go], it’s time to admit you’re feeling a little stifled by the largesse of late stage capitalism.

It’s a strange phenomenon, that it should be what might be the worst video game I’ve ever played which would become the first monster success that impinges on and disrupts every facet of human life. Maybe the most interesting part of this phenomenon is that every conversation I have had about it – beyond just my personal life, but also in my professional one in group supervision with other therapists working with adolescents – seems to hinge down a single line. Finally, the kids (and adults) are getting outside! Oh shit, they’re missing the splendor of nature because their faces are buried in their phones! No one seems to know which part to panic over – is it healthy, or is it not?

It’s not that I don’t get why that’s the question, it’s that I don’t understand the question at all. It’s the sort of question that we all love asking, the kind of question that looks at the available data and decides not to work with it. The bizarre and astonishing phenomenon that is Pokemon Go is far too complex to be “healthy” or “unhealthy”. It’s clear from the very discussions being had about it that Pokemon Go, like the world it is rapidly conquering, contains room within itself for healthy, unhealthy, both, and neither.

That’s, uhhhh, a lot to take in. Really, not to be too flippant about it, but take a second to think about that, about how impossible it is to cognize the effects of Pokemon Go. It’s an overwhelming phenomenon. Faced with the gaping terror of an infinite and unconcerned universe, our minds seem to have structured themselves around making us feel competent and in control. To this end, our minds structure our perception of the environment before they experience our environment. It’s a process called Categorization.

Some folks will tell you that if you want to understand Categorization you ought to read Kant, but he literally scheduled times to masturbate so skip him. Besides, the Taoist sage Chuang Tzu beat Kant to the topic by a little over 2000 years and he did a better job in fewer pages, to boot. His writing is famously hard to grasp – which is probably the point – but my gwai lo reading of it is that he says all things exist in 3 states, two of which are polar binaries of each other (i.e., good and bad) and one of which is impossible to understand. And the reason it’s impossible to understand is because understanding is a form of limitation that our minds are particularly adept at – that is to say, we categorize the things we perceive in order to limit them.

Chuang Tzu seemed to think that this process was something to be avoided, that in tearing down the world around us in order to size up more confidently against it we also lost out on actually experiencing it. It’s the phenomenological equivalent of when your grossest friend tells you he doesn’t cheat because “why pay for burger when I’ve got steak waiting for me at home.” All bros aside, Chuang Tzu is making a perfectly cromulent point: the universe is dancing before your very eyes and you’re trying to teach it how to Dougie.

One of the ways we all do this limiting act is by surrounding ourselves with familiar things, so that we have enough time to judge all the rough edges off of them. As such, Chuang Tzu recommends as remedy a course in rambling. He suggests that the best way to spend a human life is to do so in hot pursuit of nothing in particular, to make like a Classic Rock radio DJ and get the led out; haul ass into the wilderness with no plan beyond your own survival and you might find something worth surviving for. Is this starting to sound halfway familiar?

People love Pokemon Go not in spite of how boring and un-engaging it is, but because of these qualities. If you’re a grown adult and you love this game, it’s time to admit you’re feeling a little stifled by the largesse of late stage capitalism. Ordering electronics online is fun until they show up and you realize that purchasing a larger TV doesn’t actually unlock a new experience, it just relegates your old TV experiences to the “bad” category. We all want to go outside, we literally live for it, but nature’s User Experience is severely lacking in air conditioning and convenient opportunities for external validation designed by ad execs to sell us slightly larger TVs.

Put simply, we’re not really trained for this kind of thing anymore. Pokemon Go, however, does a great job of acting as a

Transitional Object, a.k.a. a security blanket. Pokemon Go sends us out in the world to ramble for a little while before hitting us with a dopamine-inducing cellphone chime. And once we’ve laughed at how Diglett popping up on our Poke buddy’s pants totally looks like a weiner, we’re free to ramble some more. It’s a process that reacquaints us to our actual, nourishing, hostile environment. Geodude is real, and strong, and my friend, and we need him to teach us how to farm again if we’re going to survive the coming environmental collapse.

Most important, Pokemon Go teaches adults how to make new friends. If you thought making eye contact with the universe was hard, try doing it to the universe in the shape of someone you might want to flirt with. On the other hand, flipping off a stranger for knocking over your local PokeGym and then striking up an hour long conversation about quilts is easy as pie, and not just because quilts are incredible. Our minds are designed to prepare us for competition, but our hearts need company. Whether we see other people as good or bad, the fact remains: gotta catch ’em all. 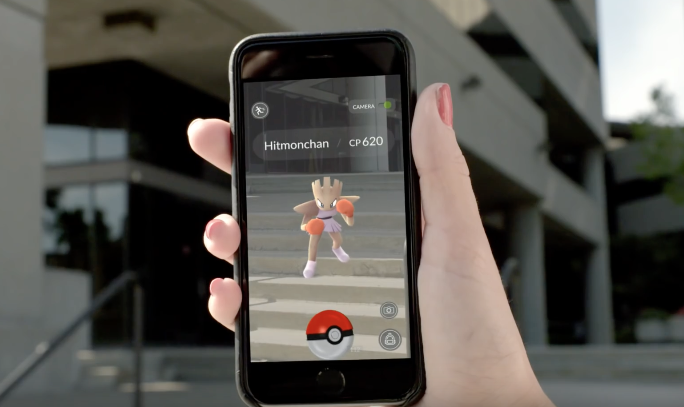