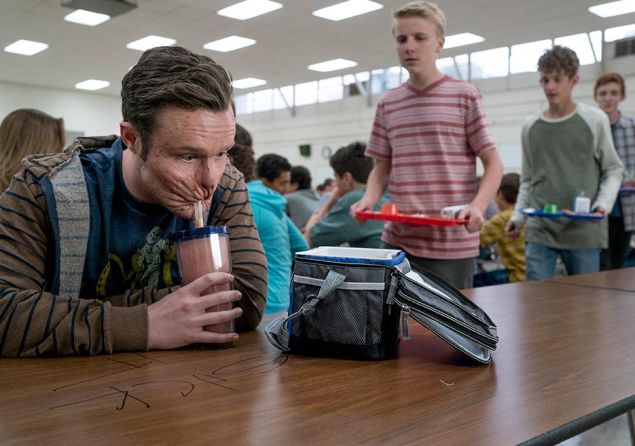 The last time I wrote about AMC’s Preacher, it was because I was so struck by how completely it displayed the power of the Shadow. A small town redolent in secrets and violence, local power concentrated around local symbols, people unable to leave no matter how much distance they put between themselves and Annville’s Google Maps thumbtack; the first few episodes of the show were practically a textbook in Jungian analysis. But therapy is different than analysis, and I knew I would be remiss in my ethical duties if I didn’t return to Annville to see what Preacher was able to do with such a fine set-up. I’m glad to say that in the few episodes since, the show does not disappoint.

The most recent episodes of Preacher, having established the setting, have tightened the focus onto the characters and the changes going on in their lives thanks to a mysterious power that’s come to town. Specifically, the mysterious power that has taken root inside Annville’s Preacher and favorite civil servant, Jesse Custer. And, as the great group dynamicist Lyle Lanley reminds us: a civil servant with power is like the mule with a spinning wheel – no one knows how he got it, and danged if he knows how to use it! All references aside, I’m not remotely surprised to find that a show so aware of the Shadow also focuses on people in positions of power, how they use that power, and that they use that power badly. As Humans, our greatness and our disastrous mismanagement of that same greatness are intimately entwined.

Let’s take a closer look at Jesse Custer and his relationship to Arseface, the horribly mutilated son of Annville’s Sheriff. The show hasn’t quite gotten around to saying this, but we viewers are starting to learn that Arseface’s disfigured visage is the product of a failed suicide attempt. As a result of shooting himself in the mouth with a shotgun, and the reconfiguration surgery that helped save his life, he was left with horrific scars, an impenetrable lisp, and the inability to chew food. And yet he has come out of his suicide attempt with a seemingly cheery attitude, a will to live, and a desire for a meaningful relationship with faith and God. Also, everyone feels uncomfortable around him and he appears to be caught in a howling vortex of loneliness. No surprise, then, that he’s made himself a constant companion to the town’s Preacher.

After all, if our minds weren’t motivated by the ancient terror of death by wolf, why would we ever allow ourselves to spend so much time worrying over fitting in?

For his part, Jessie seems to want very badly to help Arseface, though he appears confused about how to actually accomplish that. Over the last couple episodes, we’ve seen him use his mysterious power to bend the town into loving the little suicide survivor. Should be great, right? Coerce the people who hate the one guy in town who seems to express any empathy into forgiving him for his past mistakes and transgressions, manipulate those who are simply disgusted by him into filling his life with wonder instead, and everything should be roses! But it didn’t work out that way – it never could. And funnily enough, Arseface himself understands this better than Jesse – or anyone who’s led a visible life, really – ever could.

Let’s talk a moment about the Shadow, invisibility, and shocking visibility. As discussed in my previous article about Preacher, the Shadow is the dissociated part of everyone’s psyche, the piece of ourselves so shameful and terrifying to us that we could easily spend our whole lives ignoring it if it would only let us. It’s the piece of us that we think is going to sink the whole ship of self, get the entire decades-long enterprise we call our personality thrown out of the village and left to die alone in the wilderness. Which sounds a little extreme, but if you take just five minutes to check in with yourself you’ll see it’s kind of the only thing that makes sense. After all, if our minds weren’t motivated by the ancient terror of death by wolf, why would we ever allow ourselves to spend so much time worrying over fitting in?

So, really, take a moment to check on that and then come back to the article, because it’s important to understand that when you see Jesse literally damn Arseface you have no leg to stand on in judgment. We are all terrified, fallible creatures. We all live in a society held together on a shoestring budget of hate and consequences. Sorry! Unlike the rest of the townsfolk, who at least have the decency to make honest threats at the kid, Jesse Custer has convinced himself that his intention to help and his power to convince have combined within to make him capital-G Good. This is a mistake, and it only serves to rile up the demon that lives inside him, and you, and me, by not paying it its due.

The opportunity, and the point, of being alive is to face your primal, unavoidable, utterly expected fear, allow yourself to feel it, and look through it to the kind, lonely boy who just wants to be allowed into your sightline.

Jesse doesn’t destroy Arseface on account of a misunderstanding but, rather, because Jesse finally understands him perfectly. In the moments leading up to the violence, Arseface has made himself clear to the Preacher; Arseface asked Jesse to reverse his magic and let the kid fend for himself, let him earn it. Why should this rile Jesse so? Because Jesse was just as disgusted with the kid as everyone else, just as disgusted as you or I whenever we have to see his face on screen and hear his words. Which is ok, it’s just a reaction telling you to look away, to distance yourself from the thing that could get you exiled. And there’s not a lot you can do about that besides train yourself slowly not to react. The opportunity, and the point, of being alive is to face your primal, unavoidable, utterly expected fear, allow yourself to feel it, and look through it to the kind, lonely boy who just wants to be allowed into your sightline.

If you won’t do that, if you allow yourself to believe that this young man is nothing more than a problem to solve, that’s how you end up making violent and irreversible mistakes like our Mr. Custer. Think about all the effort you make to keep the invisible people that way, and then imagine how furious you would be if they kept showing up regardless. When the shy girl in math class answers a tough question correctly, when the guy who spends more time with the host’s dog than the other partygoers tries to get in your conversation, when the soccer player crashes your D&D group but doesn’t know that Elves hate Dwarves, how affronted do you feel? How badly do you want them or yourself to leave?

Perhaps this seems far fetched, but it isn’t. In fact, it happened twice this week. If you search “police” right now, Google will helpfully auto-complete the phrase to “police shooting” but wont actually be able to point you to a single news item, because there are two that have grabbed national headlines. Alton Sterling and Philando Castile were both shot dead by the civil servants who are supposed to be protecting them whether they were guilty of crimes or not. And regardless of whatever comes out about the confrontations later, it’s very plain that police officers are supposed to detain and question people and not supposed to kill them. But police do kill people all the time, particularly when those people are black.

Both Philando and Alton were shot while restrained, in situations that, while I am not an expert on police tactics, I cannot imagine required their lives to be taken in order to maintain police safety. When people ask why this happens, the stock response, and the only sensible response, is fear. Officers were afraid for their lives and they took action. Which is what they’re supposed to do when afraid for their lives! But this does beg the question of why they are struck by such mortal terror. On the face of it, in neither of these cases were they imperiled, but I do believe they were really this afraid. Afraid of the invisible Shadow, the unwelcome element, moving into the visible spectrum of light. And it does appear to me without doubt that in these cases it is the victims’ unwelcome blackness that was becoming seen.

Being seen while black isn’t the only way to terrify a police officer in this country, but it does seem like the most consistent method. To pretend otherwise is simply willful ignorance at this point, but not a willful ignorance I can’t understand. No one wants to allow terror to come into view, but you must. See this clearly: the ongoing campaign of destruction against visible black bodies is absolutely horrifying and completely, completely, avoidable. The unnecessary killings of Philando and Alton and so many other people of color in this country are an insane and heart rending tragedy. A tragedy that I hope we will soon learn is harder to face than our ancient, stubborn, destructive fears. 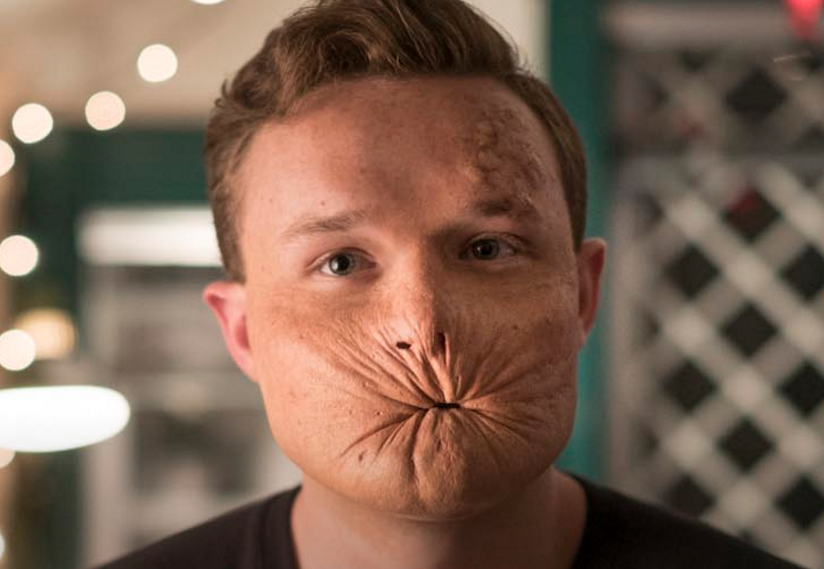