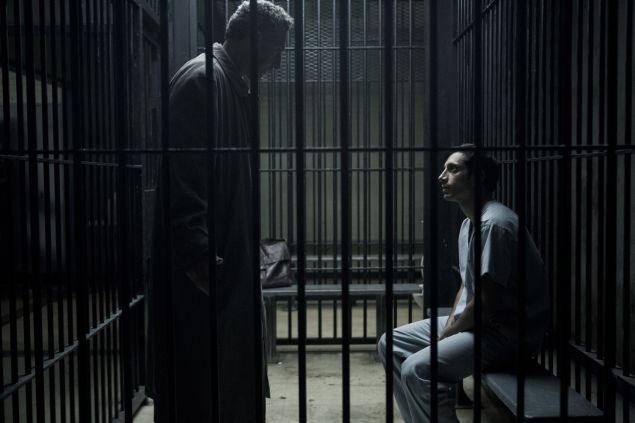 I run a lot of DUI groups.  As a therapist, I specialize in working with substance and behavioral addictions, and a lot of clients end up mandated by the court to a year or more of group therapy on account of drunk driving.  And while it’s expensive, uncomfortable, and time consuming, believe me: the year of forced therapy is the least of their problems.  Catching a DUI is a bad scene.  The whole situation has always struck me as incredibly odd; people who suffer from addictive behavior patterns tend to be very thoughtful and intelligent, as well as a little behind on distress tolerance.  As a result, the question I probably ask my groups more than any other is how did such smart people end up making such stupid decisions?

HBO’s newest series, The Night Of, puts its protagonist, Nasir ‘Naz’ Khan, in a similar boat.  In the show’s first episode, Naz finds himself making a lot of outside-the-box decisions.  The show opens on him taking notes for a college calculus class and then heading over to basketball practice so he can tutor one of the players after the game.  As a result, he ends up being invited to what sounds like a very adult party.  He then meets his mom at her work, heads home with her, has dinner with his parents and brother, says he’d like to go to the party, and is shot down by his folks.  Then he lies to them about meeting a friend, borrows his dad’s taxi, and sneaks out to the party.

Up front, this doesn’t seem too stupid, but just wait.  En route to the party, a number of people mistake Naz for a taxi driver and then viciously yell at him when it turns out he isn’t.  (Unrelated side note: is this really how people act in New York?  Jesus Christ!)  Anyways, a beautiful young ingenue ends up getting in the cab, and hey wouldn’t you know it, turns out Naz is giving rides tonight.  They get to talking, she slips him some MDMA, and they end up at her place.  It all sounds pretty good till she starts pressuring him to do cocaine and start stabbing a knife full-force between his fingers, and then hers.  Didn’t this character steal a cop’s gun on an episode of 30 Rock? 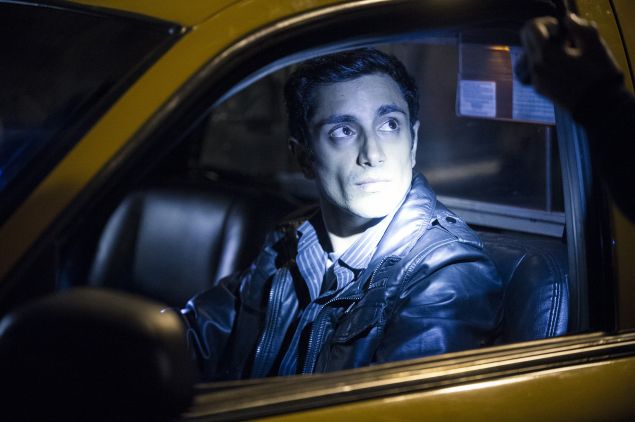 So the inevitable thing happens: he wakes up to find her brutally stabbed to death in her bed.  And then he bolts, locks his keys in the house, breaks back in to the crime scene he escaped, bolts again, gets caught, and then gives up all possible evidence to the detective interrogating him.  It is so, so frustrating to watch.  Because you know this kid’s smart and kind, and you like him, and you have to just sit there watching him throw his life away.  It’s like watching a horror movie except it’s the sort of thing that happens all the time.  I’m not saying the evidence didn’t fuck this kid on its own, but the decisions he makes while in custody are baffling.  And unfortunately, they’re the kind of decisions that cops have learned they can rely on suspects to make.

Why does he do this – why do smart people so reliably act against their best interests?  Well, let’s take another look at the first paragraph, specifically the part about the general qualities of people suffering from addiction.  Keep in mind, the most accurate way to cognize addiction is to understand that it’s a habit of making obviously bad decisions.  And people are mostly smart – they don’t make a lot of obviously bad decisions.  So when someone does, you can take that to mean they are using their actions to emotionally shore up a lack in distress tolerance.

Bad decisions look like momentary lapses in reason, but in reality they tend to unfold slowly over a long period of time, with a brief climax followed by an extended emotional denouement.  It turns out that a lot of our decision making goes on behind the scenes of conscious thought.  The way it works is complex, but pretty sensible in the end.  Basically, we are taught as children that certain emotional states are unacceptable: imagine having a parent who could be convinced to stop for ice cream when you were happy and wouldn’t yield to any demands when you were sullen.  You notice this pattern and internalize it, favoring happy over sullen.  As adults, our bodies continue to produce these emotional states but we have been trained not to express them, which means we ignore them outright.

Because we do our best to ignore these emotions, we never develop the ability to handle them.  When they finally build up to a noticeable level within us we usually flip right the fuck out.  And since flipping out is socially frowned upon, we reluctantly do our best to hold our shit together while dreaming of the day we get to cuss out our boss.  Needless to say, this is not a great strategy.  How it usually plays out is that a person gets triggered by something – finding out after-the-fact that they had food on their face the entire time they were trying to show off to their coworkers, say – and this gets them feeling anxious, which they can’t handle, so maybe after work they take a different path home than usual, and this path just so happens to have them head right past the liquor store they used to frequent back when they still drank.  This calms a person down in the moment but doesn’t deal with the emotional disturbance, which continues to build.  Weeks later they go on a bender, seemingly out of nowhere, and lose their job. 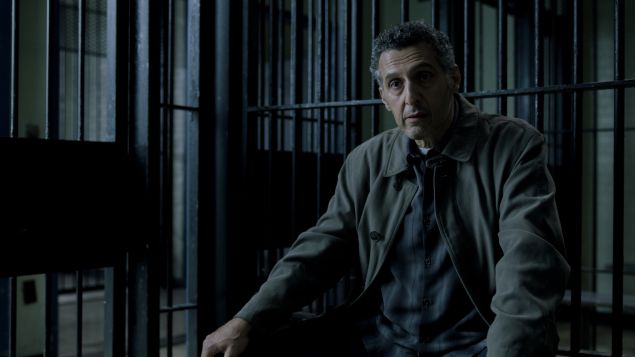 How does this apply to Naz?  Let’s take a look at the guy.  Did he experience anything that might cause a person to have strong emotions?  Think about his experience as a tutor, where he goes out of his way to help out a basketball player only to get basically shit on by the guy, and then invited to something he doesn’t seem comfortable with by the guy’s teammate.  We know he’s a big fan of basketball based on the conversation he has with his brother over dinner that night, and we know this kind of party isn’t the sort of thing he has experience with based on his parents’ reaction to it and his being teased by his auntie for always being single.  And also because he’s a math tutor.

So it’s probably reasonable to say he’s feeling a little topsy-turvy after dinner.  He lies to his folks and breaks some rules, which might have worked to help him let off some steam if he hadn’t gone home with a troubled young lady who enjoys psychosexual stabbing games.  The show makes it very clear that Naz is out of his element, though who wouldn’t be?  So when he does finally stumble on her dead body, he’s primed to act against his typical mode.  And since we know he’s typically quite smart and responsible, it makes a lot of sense that he handles his mounting panic by acting without thinking.

It’s really important to note, too, that the cops are happy to take advantage of his emotional state.  They know he’s panicked beyond reason – everyone who sees him in the station remarks on how scared he looks – and they do nothing to calm him down.  Instead, Detective Box lays the soft trap of diluting every statement about Naz’s right to refuse with the threat of looking bad for the judge and jury.  They haven’t even charged Naz at this point, so they absolutely need his consent to take any evidence.  They see a scared kid and masquerade as his ally at the same time they’re digging his grave.

It’s all laid out clearly when the cops get access to the most damning evidence, the penile swab that links Naz to the scene, the victim, and the emotions that often lead to murder.  Box asks Naz if he’d like company while the sample is collected, and Naz is so freaked out his only concern is if it’s going to hurt.  Box says no, but he knows the truth: this is gonna hurt Naz’s chances at freedom.  Because Naz is panicking, Box is able to appear to be on his side when he’s actually planning his funeral.  It’s the kind of coercion that police use every day to get access to evidence they shouldn’t have, and it works.

The point is that coercion works.  When you’re freaked out, your rational brain takes a break and you start operating solely on strategies you developed for survival when you were young.  These childhood strategies, reasonably, tend to revolve around pleasing parental figures.  So when a detective puts on a kind attitude and offers to make all these hard decisions for you, you’re primed to oblige them.  This is never a good idea, but it sure feels like one in the moment.  The method to avoiding all this is distress tolerance – the ability to feel your panic and allow it to process, rather than run a bunch of outdated strategies designed to avoid it.  But what chance do any of us have when the folks who are sworn to protect us use that position to take advantage? 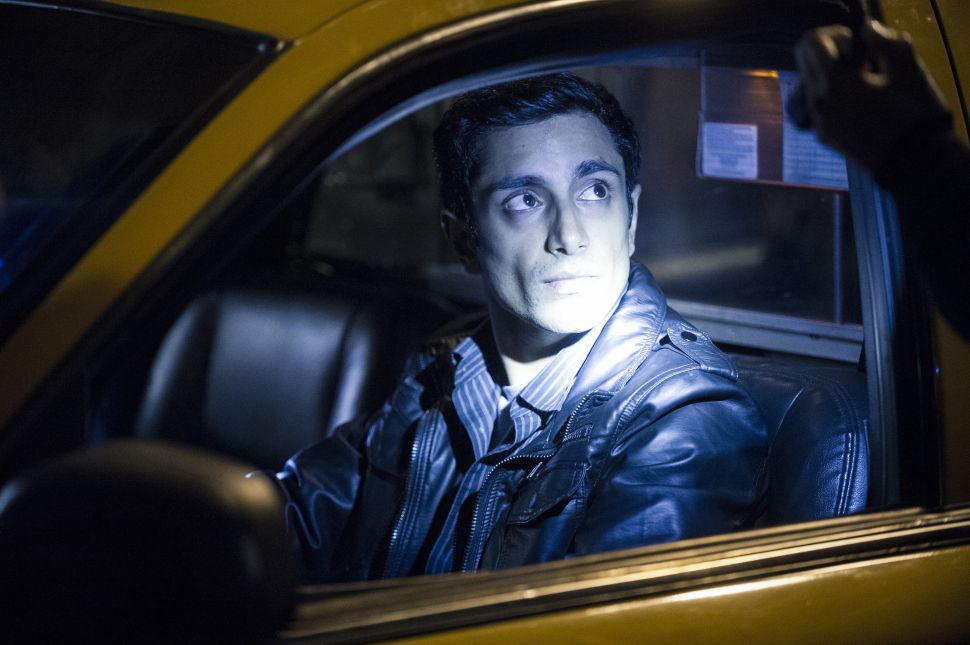