“What will become of me?” Gabriel Garzón-Montano speculates on “Trial,” the first song he wrote last year upon returning from touring Europe with Lenny Kravitz.

It was an uncertain, emotional moment for the Brooklyn-based musician.

Until Drake sampled “6 8” (a track from Garzón-Montano’s 2012 EP, Bishouné: Alma del Huila), for his song “Jungle”, he’d sold only 500 vinyl copies of the record. But while that soul hook brought sudden notoriety and drove demand for a second record pressing, it also marked an insecure period and creative turning point for the once-obscure singer-songwriter.

“I was grateful for that but I was also afraid, I got depressed,” Garzón-Montano told Observer this week on the phone from Miami.

Was he destined to be a footnote? What would become of him? His forthcoming album and major-label debut, Jardín, is an attempt to address those nagging questions. “I made it in a point in my life where I was being validated for what I was doing,” he said.

Due this fall, Jardín is what Garzón-Montano calls a “muscular continuation” of Bishouné. On Friday, he and the drummer David Frazier Jr. will perform much of this new material when they headline Music Hall of Williamsburg. Their set will feature a custom light show designed by Garzón-Montano’s close friend and collaborator Santiago Carrasquilla.

Four years ago, Garzón-Montano was a one-man band, meticulously recording “every clap, breath, harmony, and note” live to tape. For Jardín, he brought in two violinists, a cellist and a guitarist; one friend even contributed four notes to the album. For the second time, Garzón-Montano recorded with the engineer and producer Henry Hirsch, and on Monday approved the 10-song master.

It was this work ethic and “instant timelessness” of the music that attracted Phil Tortoroli of the Brooklyn-based label Styles Upon Styles, who signed Garzón-Montano in 2013. “We’re all blessed with the success that Gabriel found from it,” he tells Observer. A major label recently nabbed Garzón-Montano, though he’s not yet at liberty to break the news.

Perhaps more significant than his sound, which merges lounge funk with avant-garde and r&b, is his message on songs like “Long Ears.”

“It’s my apology to women,” Garzón-Montano says, for the “glaring inequalities that are maintained by the system that ultimately worships the white male on a global level.

“I was raised by an incredible woman,” he adds, “and she really didn’t take shit from anybody.”

It was his mother, a French-born singer, who introduced a young Garzón-Montano to music, starting him off with the violin. Born June 27, 1989, in Carroll Gardens, he plays too many instruments today to list, though typically he performs on keyboard and bass.

As for the “neo-soul” label often attached to his music, Garzón-Montano prefers to put it this way instead:

“In the head you have some intellectual stuff going on,” he says. “And then in the pelvis you have the movement. So I’m just trying to keep it funky, but keep it profound.” 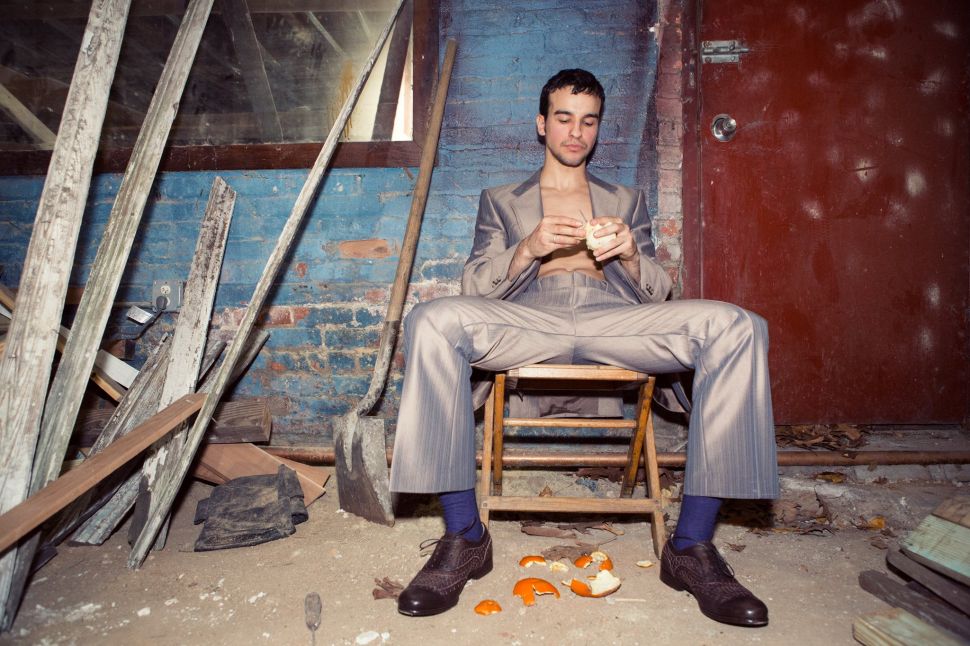