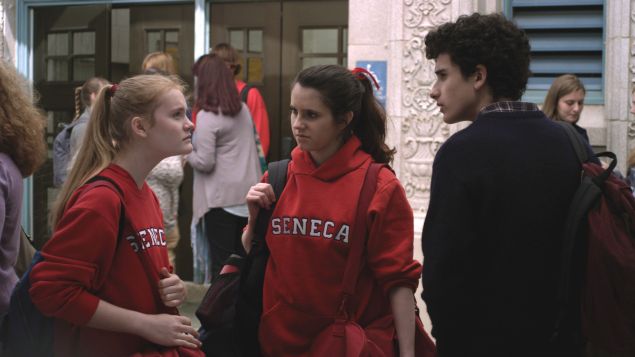 Another teenagers-in-turmoil movie, Quitters has more style than substance, but it’s a cut above most, mainly because first-time director and co-writer Noah Pritzker has a lot of sensitivity toward a familiar subject that renders it real and touching if not exactly original.

Ben Konigsberg (Anesthesia) plays Clark Rayman, a nerdy, smart, but often obnoxious high school student in San Francisco whose affluent world is tilted on a 45-degree angle and erasing fast. His miserable parents hardly communicate. Mom (Mira Sorvino) is a neurotic, pill-popping drunk who lands in rehab. Dad (Greg Germann) is a loser so dysfunctional he can barely turn on the coffee maker. His best friend at school is left homeless when her parents divorce, so she sleeps with an ineffectual teacher (Kieran Culkin) for companionship more than sex. That leaves girlfriend Natalia (Morgan Turner), who has the kind of family Clark craves, so he talks his way into letting him move in. For a while, her beautiful, intelligent mother (accomplished British actress Saffron Burrows) and stepfather (Scott Lawrence) offer caring and concern, while Clark walks the dog, carries groceries and teaches Natalia how to use a condom. But in this movie everything is temporary, and Clark is eventually asked to leave. An attempt to reconnect with his emotionally detached parents leads to more confusion than ever. Eventually Clark gives in and visits his mom in rehab, only to discover that she’s already playing patty-cake with a handsome new friend. With every other option exhausted, his dad takes him in again, and Clark stands in the driveway, accepting his father’s suggestion that he try to beat his own record running around the block four times, just like the old days. Clark starts running. Dad waits. Clark never returns.

This movie has no ending. It just fades to black. But there’s a lot to admire before it leaves everything unresolved—a group of staunch, understated performances, highlighted by moody source music by David Shire and a subtle screenplay by director Pritzker and Ben Tarnoff that never allows Clark to wallow in self-pity or stoops to doing your own thinking for you. Clark’s landscape is claustrophobic, yet he’s always in search of ways to let in fresh air, which he finds in the lives and homes of other people. The title Quitters is open to many interpretations, none of them convincing. But Noah Pritzker is onto something about teens today, searching for compassion and affection, and forced to depend on self-reliance before they’re old enough. He’s a filmmaker to keep an eye on. 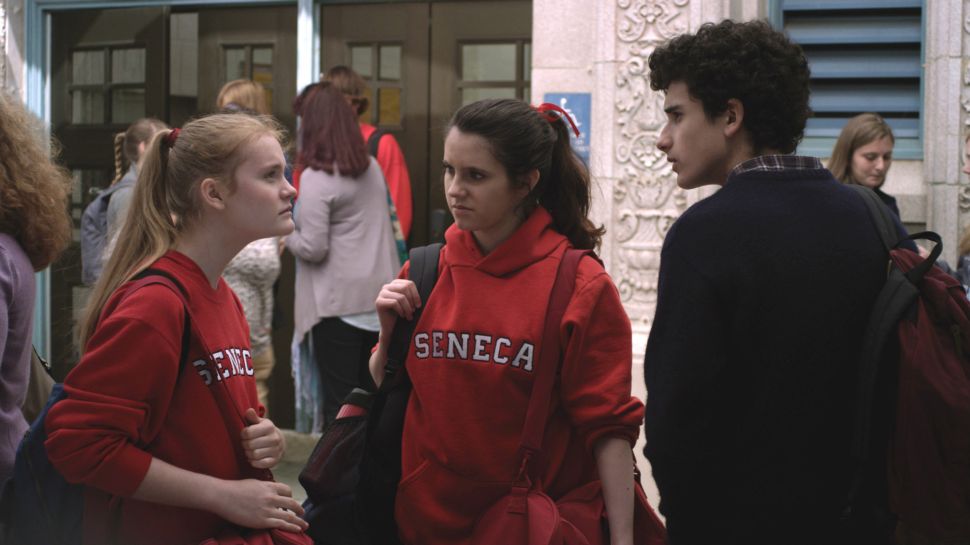