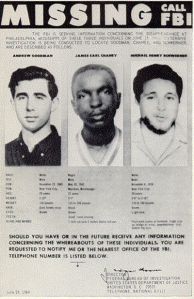 This June the Justice Department and the Attorney General of Mississippi publicly announced that they were closing their investigations into a civil rights murder case that 52 years ago shocked the country as much as the recent racially charged killings in Baton Rouge, Falcon Heights, and Dallas have.

The announcement generated little reaction, but today that 1964 “Mississippi Burning” case, as the FBI code named it, offers hope for closing the racial chasm that currently divides us.

The victims in 1964 were three civil rights workers—Michael Schwerner, James Chaney, and Andrew Goodman. Schwerner and Goodman were white New Yorkers. Chaney was a black Mississippian. All were in their twenties, and in the summer of 1964, they were in Mississippi as volunteers in the Mississippi Freedom Summer Project.

The Summer Project was directed by Bob Moses, a legendary Student Nonviolent Coordinating Committee (SNCC) field secretary, who conceived of Freedom Summer as a way of challenging the racism of Mississippi, the state widely regarded as the nation’s most intransigent defender of segregation with a governor who declared, “Integration is like prohibition, if people don’t want it, a whole army can’t enforce it.”

Moses believed that by using a mix of white and black college students to help register black voters and start Freedom Schools, the Summer Project would attract national attention in a way that just relying on black volunteers would not. As he told the white volunteers during the Freedom Summer training session in Oxford, Ohio, “When you come south, you bring with you the concern of the country—because the people of the country don’t identify with Negroes.”

Moses’ assessment proved correct.  When Schwerner, Chaney, and Goodman disappeared outside Philadelphia, Mississippi, on June 21 after visiting with members of a nearby black church that had been burned to the ground, their disappearance became national news.  There were protests across the country, and President Lyndon Johnson immediately called the FBI into action.

The station wagon that the three civil rights workers were driving was recovered two days later in a swamp, and in early August their bodies were found buried in an earthen dam by FBI agents acting on a tip.

The murders were an updated version of a traditional Southern lynching, but this time the perpetrators did not automatically go free. No state or local charges were brought in the 1960s for the murders, but the federal government did file charges against 19 men for violating the civil rights of the murdered men.

The prosecution was personally led by John Doar, the assistant attorney general for civil rights, who put his reputation on the line to come to Mississippi.  A series of appeals delayed the onset of the trial, but once it began, Doar treated the case as winnable, reminding the jury the defendants were being tried “in a Mississippi city, before a Mississippi federal judge, in a Mississippi courtroom.”

Eight men, including a deputy sheriff, were finally sent to prison by the government. (One more would be convicted years later.)  It was not a perfect trial ending from Doar’s point of view, but it was an indication that an era when a Mississippi lynch mob could be sure of getting a free pass was over.

We cannot turn the clock back to 1964, but we can learn from what made the Mississippi Burning trial a turning point. At work were three factors—the federal government’s decision to intervene rather than stay on the sidelines, the refusal of Freedom Summer leaders to call for retaliation against white Mississippians, and the shared national outrage over the three deaths.

What distinguishes these responses is that they were based on the idea that it is possible to challenge a flawed law and order system and still have law and order.  Rejected were the reductive politics of either/or, which today have made so many people believe they must side either with the black men who were shot by the police in Baton Rouge and Falcon Heights or with the police who were murdered by a hate-filled, black gunman in Dallas.

At the funeral for the five police officers killed in Dallas, President Obama asked the country to put aside the politics of either/or as he pictured recent events through the eyes of both the African-American community and the police. Former President George W. Bush did the same, observing, “Too often we judge other groups by their worst examples while judging ourselves by our best intentions.”

The two presidents were acting on the basis of the best in our racial past. At the start of 1964, we were far more segregated as a nation than we are currently. Yet there was a shared conviction—unlike now when 6 in 10 Americans say race relations are growing worse—that we could make the country more racially just.  In the Senate, Democrats and Republicans achieved a unity that would be unthinkable today.  They came together to break a 75-day Southern filibuster and passed the historic 1964 Civil Rights Bill in time for President Johnson to sign it into law two days before the Fourth of July.

Nicolaus Mills is professor of American studies at Sarah Lawrence College and author of Like a Holy Crusade: Mississippi 1964—The Turning of the Civil Rights Movement in America. 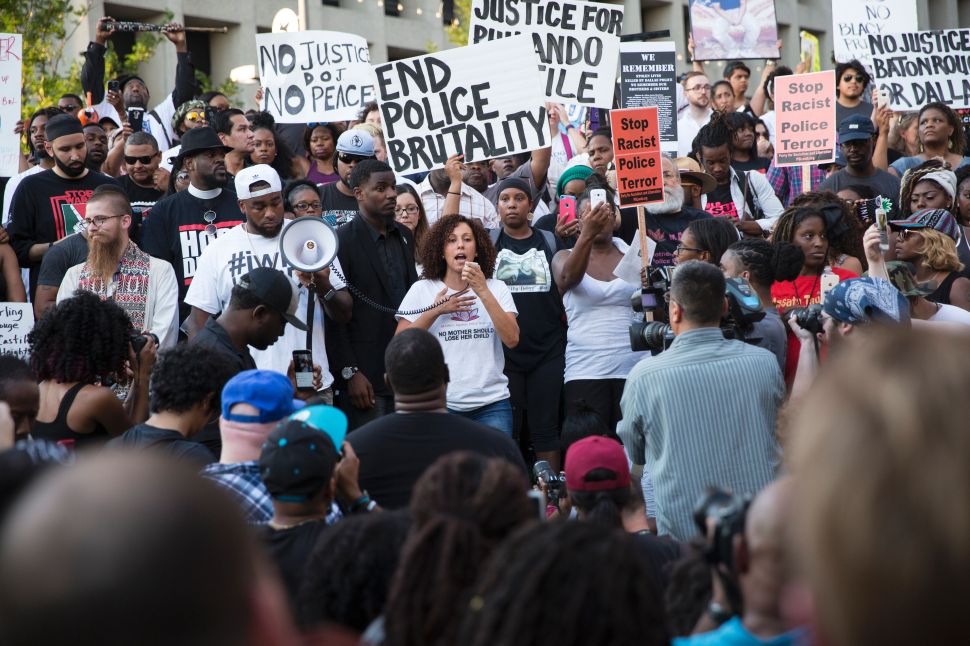