As the Hillary-Bernie divide morphs from a primary fight into a struggle over policy positions on issue after issue, one of the central intra-party battlefields is climate change.

While political party platforms tend to be useful for little more than soporific bedtime reading, this year’s Democratic platform–and the issue of climate change in particular—may be different, because we have two factions—the Hillary and the Bernie camps—vying to set the agenda. Here I break down the issues and try my best to play referee (Disclaimer: I worked at the State Department while Hillary Clinton was secretary from 2010 to 2013, though not as a political appointee.).

The widening gap in tone and substance set the stage for a Clinton/Sanders donnybrook on the Democratic platform drafting committee over climate policy that has unfolded in recent weeks. Leading climate hawk Bill McKibben, a Bernie Sanders-supporting delegate on the committee, wrote in Politico, “When it came to specific policy changes, [the Clinton delegates] often balked.” McKibben recounts five proposals of the Sanders camp on climate action, all voted down in succession, which he ascribes to the Clinton camp’s alleged lack of commitment. Former EPA administrator Carol Browner, a Clinton backer on the committee, quickly fired off a riposte, observing, “Debating the merits of different policy solutions is quite different from setting up a litmus test for what it takes to be ‘serious’ about climate change.”

The only reason not to put a price on carbon now is political timidity.

Let’s look at the specifics of the Sanders camp’s stymied proposals on the merits.

(1) A carbon tax. Carbon pricing is the assessment of a tax, fee, or other charge on greenhouse gas emissions, chiefly carbon dioxide, that cause climate change. Economists and policymakers on the left and the right both welcome a carbon tax as the most economically efficient means of reducing emissions.

My verdict: A carbon tax is an idea whose time has come. Four dozen countries and territories have adopted carbon pricing of some kind, including all of Europe and a nationwide scheme in China beginning next year. The U.S. is behind the curve. While a carbon tax doesn’t fix everything, businesses and households need the signal that emitting carbon comes at a price for behavior to change. A carbon tax and cap-and-trade, another form of carbon pricing used in California and nine northeastern states, effectively yield the same outcome, but a tax tends to be simpler and more transparent to the public, and the public’s perception matters. One particularly attractive carbon tax proposal is fee-and-dividend, a revenue-neutral option that returns all proceeds to households in the form of an annual check.

The only reason not to put a price on carbon now is political timidity. Browner’s claim that even states that are climate leaders don’t have a carbon tax is a red herring; a national carbon tax, rather than hurting the cap-and-trade states, would likely help them meet and exceed their existing emissions targets. Many analysts, including Clinton’s advisers, are convinced that carbon taxes have no chance politically, explaining its absence from her climate plan. But those analysts underestimate the potential for a low-regulation, revenue-neutral, middle-class-friendly system to secure the support of conservatives. Score: Sanders camp 1, Clinton camp 0.

(2) A ban on fracking. Many people dislike hydraulic fracturing for many reasons. Those reasons generally break down into two categories, often mistakenly conflated: local pollution and contribution to global climate change. Fracking causes local air and pollution, uses massive amounts of fresh water, can threaten drinking sources, and can cause earthquakes. For these reasons, New York State has banned fracking. These issues, though, are really about local, state and national environmental regulation, not climate change.

On the climate front, the picture is complicated. On the one hand, fracking produces natural gas, a carbon-rich fossil fuel, the long-term use of which threatens goals to decarbonize the economy. On the other, fracking has unleashed a tsunami of cheap, locally produced natural gas, which has driven much of the 12 percent drop in U.S. carbon emissions since 2005. How? Fracking has led to a fivefold increase in shale gas production in the U.S. since 2009, cutting the price of natural gas in most of the U.S. roughly in half and enabling it to displace about a quarter of the nation’s coal used for electricity (coal power releases roughly double the carbon emissions of gas). This trend has accelerated in the last two years (and been compounded by the rise of wind and solar energy), as hundreds of coal plants have shuttered and many of the largest coal companies have declared bankruptcy. The takeaway: fracking-enabled natural gas is bad in the long term, but good in the near term to accelerate the demise of coal.

Even this is not the whole picture, though. Fracking, as well as other natural gas production and processing, are likely to be leaking much more methane gas to the atmosphere than previously estimated, potentially neutralizing most of natural gas’ climate benefits.

Obama has sought to clean up fracking directly through aggressive new regulations on natural gas production and indirectly by pushing the Clean Power Plan to reduce emissions across the power sector (recently stayed by the Supreme Court while the legality of certain provisions is reviewed). Most decisions on whether to allow fracking and how have been left to the states. Clinton would stay the course on this moderate path; Sanders’ desired national fracking ban would blow up the natural gas industry.

The verdict: it’s too soon to ban fracking. Fracked natural gas now accounts for more than one-sixth of all electricity produced nationwide. Regardless of its drawbacks, declaring it null and void is not the way to fix our climate policy—nor is fracking the worst fossil fuel villain (see: Canadian tar sands or mountaintop-removal strip-mining of coal). Rather than picking on fracking, we need strong market incentives and environmental protections to let the best, cleanest technologies win. Clinton camp 1, Sanders camp 1.

In fact, the Obama administration has already issued a moratorium on new coal leases on federal land and closed an egregious corporate loophole as it reevaluates a broken, industry-friendly system of royalty payments. It is true, though, that oil and gas extraction on federal land, and in federal offshore waters, continues unabated. Sanders wants it all to end; Clinton hasn’t committed.

The use of eminent domain was a big issue in the sprawling fight over whether to construct the proposed Canada-to-Kansas Keystone XL oil pipeline. TransCanada allegedly bullied local landowners in Nebraska opposed to the pipeline into selling their land, and appealed to the government to grant eminent domain to overpower obstructing landowners. The Sanders camp sees environmentalists’ support of dissenting landowners in the Keystone XL fight as the blueprint to halting similar pipeline and fossil fuel infrastructure projects far and wide.

Verdict: These practices are the drug equivalents of pot, not heroin, so let’s regulate rather than criminalize. While I’m sympathetic to Bernie backers’ desire to strike back against fossil fuel companies that have often used scurrilous tactics to secure land for polluting interests, bans of this nature are counterproductive. Abolishing eminent domain and fossil fuel extraction on federal lands are not good uses of political capital because it’s unclear whether they would reduce fossil fuel use in either the short or long term. Furthermore, they would likely be fought in the courts and reversed by Congress, and would alienate moderates. Police them smartly instead. Clinton camp 3, Sanders camp 1.

(5) Mandating federal agencies weigh climate change in decisions. This proposal is rather odd because, under the Obama administration, federal agencies effectively do weigh climate change in their decisions. In 2013 the White House issued an executive order, “Preparing the United States for the Impacts of Climate Change,” that mandated a top-to-bottom program of preparedness and actions to build resilience to climate change. In 2010 the Obama administration also mandated steep cuts in greenhouse gas emissions by the federal government itself, which it redoubled with even more aggressive mandates in 2015. The Department of Defense last year issued the latest in a series of reports addressing the security implications of the climate change threat. I could go on.

Should the government be more cognizant of climate change in decision-making? Indubitably. Will another blanket mandate fix this, or just add bureaucracy? It depends on the details.

Verdict: a tie. Worthy goal, fuzzy on the specifics.

Overall, Team Hillary has proposed a number of thoroughly reasoned, smart, realistic, but relatively bloodless policies. Team Bernie wants to take a sledgehammer to the fossil fuel industry, showing it there’s a new sheriff in town. We probably need a bit of both approaches, given the atrocious record of some fossil fuel companies over the decades advocating for removal of pesky environmental regulations they callously flout, hiding their own climate science, and funding climate denialism. At the same time, millions of Americans still work in the fossil fuel industry or depend on it, and we all still – industry’s skullduggery not withstanding – depend on cheap and plentiful fossil energy. While this reality shouldn’t last much longer, a pragmatic rather than vindictive approach to phasing out fossil fuels is more likely to succeed politically, and to prevent economic dislocation for those least able to withstand it. 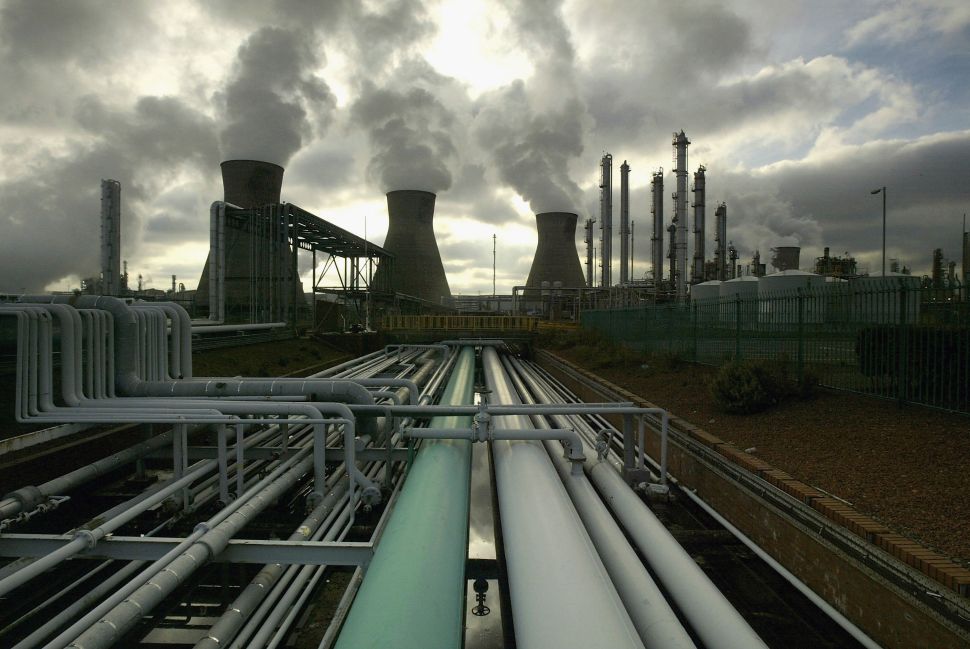