Descendants of the handful of people who survived the Nazi extermination of the Jewish community of Kishinev—then part of Bessarabia, now the capital of the recently formed country of Moldova—streamed a video of a fluttering American flag and played a soundtrack of “The Star Spangled Banner” to welcome their American visitors last week.

A delegation from the American Jewish Committee traveled there to mark a number of anniversaries, among them this: It was exactly 75 years ago last week that the Nazis entered Kishinev and began herding Jewish children, Jewish women and Jewish men and murdering them in the streets. On the edge of a ravine next to what is now a Mercedes Benz dealership, about 50 Jews—some elderly, some in high school—recite the mourners’ prayer in Hebrew just a few steps from where 17,000 Kishinev Jews, told they were being sent to special labor camps, were instead machine-gunned to death. Their bodies were dumped into a small gorge, perfectly visible behind a few trees.

One of the very few survivors, Michael Apoteiker, provided this testimony about what happened in Kishinev in the summer of 1941. “When we arrived,” he recounted, “we were ordered to empty our pockets, take off our clothes, and they separated us and divided by tens. Then we were blindfolded, and I heard the sounds of machine guns. I fell down and lost my consciousness. When I recovered consciousness in the evening, I found myself among the bloody bodies, some still alive.”

At Kishinev’s rebuilt Jewish community center, an 18-year-old girl who had been at the ceremony a few hours earlier was meeting with friends, planning a Jewish summer camp project for the younger children. Asked why she attended the ceremony, she replied, simply, “I think it is important to remember.”

Not everyone sees it quite the same way, as the toxic eruption of the far left upon the death of Nobel laureate Elie Wiesel earlier this month sickeningly demonstrated.

Wiesel, who barely survived the Nazi death camps—his parents did not—was described by the Nobel Committee as someone whose “belief that the forces fighting evil can be victorious is a hard-won belief.” He was cited for his insistence that the testimony of others be heard and was recognized as a “messenger to mankind.”

Among those who belittled Wiesel acidly soon after his death was the particularly twisted son of uber-Clinton confidante Sidney Blumenthal, the enormously troubled Max, who urged upon the comment of political science professor Corey Robin that Wiesel had “turn[ed] the Holocaust into an industry of middlebrow morality and manipulative sensibility.”

This view was echoed by the usual attention-seekers, whack jobs and oh-so-comfortable academics on the far left, whose personal experience enduring adversity has been limited to thrillingly disputatious faculty meetings—but who unsheepishly dissed Wiesel’s life because, you know, getting people to reflect on a deliberate, industrial-scale genocide is actually unprogressive if we’re talking about the Jews.

Over at the Democratic Party platform committee meetings in Orlando, the inanity on the left when it comes to the right of Jewish people to a safe refuge was perhaps milder but no less troubling. By a narrow 95 to 72,  supporters of Sen. Bernie Sanders barely lost a vote on their proposed amendment to the Democratic Party platform which, albeit slyly, would have blamed Israel for conditions in the Gaza Strip, ruled by Hamas, internationally recognized as a terrorist enterprise.

There is a peculiar blindness that afflicts the left when it comes to Gaza. It isn’t merely that it blames the Israelis for the deaths of Palestinians in the Hamas-run strip but that it does not blame those actually responsible for those deaths. Three times since 2008 the Hamas regime has started wars with Israel, each time firing thousands of rockets at Israeli civilians from Palestinian civilian centers, leaving Israel no earthly choice but to either ignore the rockets or try to stop them from being fired. Each time it started wars out of the calculation that the Palestinian civilians it was using as human shields would be killed or injured when Israel tried to stop the rocket fire. That Hamas is to blame for the Palestinian deaths ought not to require an especially penetrating analysis to discern—yet some on the left remain simply witless.

This raises two seemingly obvious questions, neither of which the left seems particularly inclined to ask: First, what, very precisely, are the Israelis supposed to do about rocket fire directed at their civilians if not try to stop it? Second, how, very precisely, is a two state solution supposed to work—assuming the relatively moderate Palestinian Authority would deign to accept one—if Hamas continues to control Gaza and is committed to Israel’s destruction?

Even asking the questions is regarded as something akin to poor sportsmanship in certain quarters, and it never seems to warrant more than a mumbled response.

So it is with those who urged the Democratic Party to condemn Israel for the situation in Gaza. However, Israel’s supporters and Israel itself are guilty of serious hubris if they think the defeat of the Gaza amendment means the tide in the Democratic party has turned. It hasn’t: unless those who care about making Israel’s case up their game dramatically.

Soon, amendments like the one narrowly defeated in Orlando—and others much worse—will win passage at Democratic nominating conventions. This is so even though the AJC’s David Harris is clearly right when he says there is “a bottom-line issue” when it comes to Gaza.

“Israel left Gaza in 2005, giving local residents their first chance in history to govern themselves,” Harris points out. “They decisively chose Hamas and can’t be exempted from the consequences. After all, Hamas openly seeks Israel’s destruction.”

Those urging the Democratic party to condemn Israel for conditions in Gaza are right that conditions are awful. Unemployment stands at 42 percent, shortages of electricity, and sanitation are dreadful and hopelessness pervades a population about 70 percent of whom are under the age of 29.

They’re just dead wrong about who is responsible.

Gaza’s torment long precedes Israel’s connection with it and is independent of that connection. Indeed, when Egypt—which controlled Gaza before losing it to Israel during the 1967 war brought about by Egypt itself—was offered Gaza’s return, Egypt refused to take it. And when Israel risked a civil war to remove all Israeli presence in Gaza in 2005, it did so in the hope that, with the help of Arab states that professed to care about them, Gazans would take the opportunity to improve their own lives, while at the same time building an independent Palestinian state.

The Arab states that talk such a good game at international forums did what they always do to help—which is nothing. Hamas, which forcibly seized control of Gaza in 2007, has expropriated hundreds of millions of dollars in aid that might have been used to help Gazans—and was intended for that purpose—using it instead to launch attacks against Israel that left Israel no alternative but to defend itself. In the meantime, the Palestinian Authority, with which Hamas is in a form of war, squeezes Gaza, and an Egyptian government does the same.

On these facts, the left blames Israel for Gaza’s plight.

Very little changes, either in Gaza or in the left’s blindness on the subject. Hamas intercepts not only foreign aid but about $25 million in Palestinian taxes every month to prepare for yet another war, acquiring more sophisticated arms and missiles that have an ever-longer range. In the last two weeks, more evidence has appeared of an elaborate network of tunnels being constructed under Gazan homes, reaching toward the Israeli border, built so elite Hamas commandos can emerge, massacre Israeli civilians and return to hiding.

In Gaza, Hamas opened a three-week-long summer camp for over 50,000 elementary, middle and high school children to train them in the elimination of Israel. The mother of 17-year-old Mohammed Nasser Tarayra, who murdered a 13-year-old Israeli girl in her sleep in late June, heaped praise on her son for his slaughter of an innocent, urging other young Palestinians to do the same. “My son is a hero,” she proclaims. “God willing, all of them will follow this path—all the youth of Palestine.”

Unencumbered or uninterested in the facts, the left remains determined to accuse Israel—more angrily and less tethered to fairness. It counts on its ability to intimidate—and on the silence of others. Time will tell whether it has counted correctly.

Jeff Robbins served as Chief Counsel to the Democratic Senators on the United States Senate Permanent Subcommittee on Investigations. Twice appointed as a United States Delegate to the United Nations Human Rights Commission under President Clinton, he is an attorney in Boston. Follow him on Twitter: @jeffreysrobbins 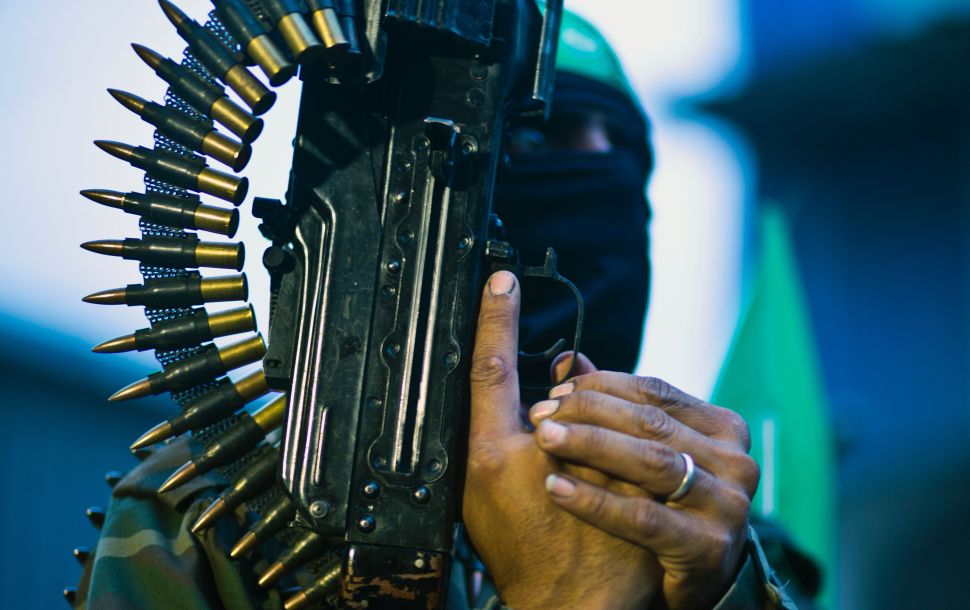