The crisis facing New Jersey’s economy is severe and results from three continuing deteriorating conditions.  The Transportation Trust Fund is broke, resulting in the suspension of projects needed to prevent the total deterioration of New Jersey’s road and bridge infrastructure.  The income tax structure is a factor causing middle class senior citizen retirees to depart for the income tax-free state of Florida, thus diminishing New Jersey’s retail consumer base.  Finally, the state’s high estate tax is causing the Garden State to hemorrhage wealth, as affluent taxpayers leave, eviscerating the state’s income tax base.

Fortunately, there is a bipartisan majority consensus in the New Jersey Senate sufficient to pass S2411, a measure sponsored by Democratic Senator Paul Sarlo of Bergen County and Republican Senator Steve Oroho of Sussex County.  This legislation will replenish the Transportation Trust Fund, provide long overdue tax relief to our seniors, and phase out the New Jersey estate tax, halting the exodus of the wealthy and their millions of income tax dollars.

In short, this legislation will save the transportation infrastructure and economy of New Jersey from a meltdown.  Specifically, Sarlo-Oroho has the following key provisions:

– An increase in the gasoline tax by 23 cents per gallon, with the proceeds of the increase dedicated to the Transportation Trust Fund.  In essence, this tax increase acts as a user fee for motorists who use our roads and bridges, including out- of state motorists.

– An increase from $20,000 to $100,000 in the exemption from income taxes of pension and retirement income, phased in over four years.

-Establishment of income tax deductions for the first time for donations to certain charities.

-A phase- out of the New Jersey estate tax over four years.

The movement to abolish the estate tax has been led in the business community by one of the great civic leaders in the history of New Jersey, Steve Kalafer.  He is the owner of Flemington Motors and the baseball minor league franchise, the Somerset Patriots.  Steve was the business community leader of the successful effort to reduce the sales tax by one percent in 1992, a measure that restored consumer confidence and set the foundation for New Jersey’s economic recovery, along with the Whitman income tax cuts, during the 1990s.

The elimination of the estate tax will enable New Jersey to attract and retain wealth, establishing the foundation for permanent sustainable economic growth.  Steve Kalafer is the archetypal example of how a civic leader’s efforts can make New Jersey history in a most beneficial way.

The Sarlo-Oroho legislation has cleared committee in the Senate and is poised for easy passage in the Senate.  The legislation’s bipartisan backing is bolstered by the support of Democrat Senate President Steve Sweeney and Republican Senator Joe Kyrillos, the legislative author of New Jersey’s Business Employment Incentive Program and the leading Republican Senate economic development legislator sincethe mid-1990s.

Unfortunately, its passage in the Assembly is blocked by the opposition of Republican Governor Chris Christie.  Over the past month, virtually every action of Governor Christie has been clearly motivated by his quest to become the vice presidential running mate of Republican presumptive nominee Donald Trump. Christie utilizes Grover Norquist, a figure of massive New Jersey irrelevance, to bless his every fiscal measure.

Christie viewed the gas tax increase as a measure that would destroy his credibility with conservative voters nationally, eliminating any possibility of his being selected by Trump as his running mate.  Accordingly, Christie sought to enact, along with the gas tax increase, an offsetting decrease in the sales tax of one percent, leaving the estate tax intact.  The sales tax cut would establish an annual deficit in excess of $1.5 billion in New Jersey’s General Fund for years to come.

Somehow, Christie obtained the support of Assembly Speaker Vince Prieto for this measure, despite the fact that the Speaker originally supported the phase-out of the Estate Tax.  I cannot discern any reason for the Speaker’s change of heart. While the Christie measure has passed the Assembly, it is a non-starter in the Senate.

Governor Christie’s hour of decision is here.  If he wants to leave office with a legacy of effectively dealing with the state’s major economic and transportation crises, he will support passage of Sarlo/Oroho in the Assembly.  Anything else would be the ultimate in fiscal and economic irresponsibility, a scenario that the Garden State can ill afford. 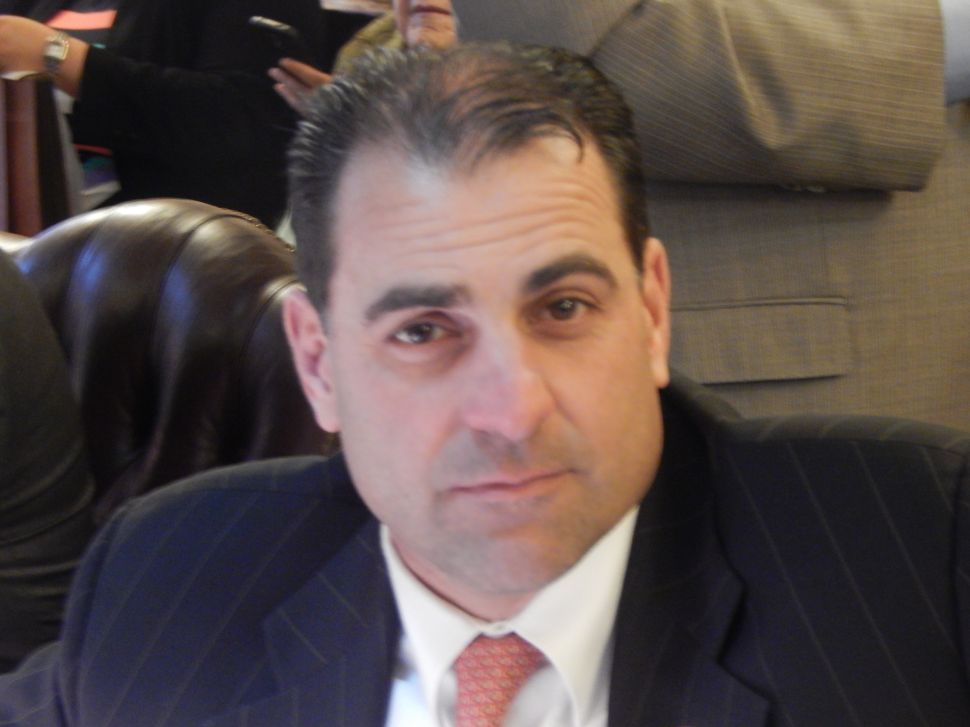