Sanders is poised for a second surge, as he will combine support for Clinton with a major effort to elect progressive Democrats to the House and Senate in November.

Democratic unity is spreading like wildfire. In a recent poll by the Pew Research Center showing Clinton defeating Trump by a margin of 51 to 42 percent, a full 85 percent of those who supported Sanders in the primaries will support Clinton in the general election.

Democrats do not expect Trump to continue his favorable references to Sanders, which only reminded many Sanders supporters why they oppose him and feel much more at home supporting Clinton and progressive Democrats at all levels.

The truth is that there was always far more uniting Sanders and Clinton than dividing them, while Trump and the kind of politics he represents is anathema. In discussions over the Democratic platform, Sanders and Clinton reached agreement on a number of key issues, leading Sanders to say over the weekend they “are coming closer and closer together.”

Two issues that stand out are a united effort to push hard for a public option on health care, and support of tuition-free public college and universities beginning for those with annual incomes up to $125,000.

These causes—a public option to lower the cost of healthcare and a free public college and university education—both stand in the Democratic tradition of seeking great change and reforms on central issues such as healthcare and education.

On the mother of all issues central to the revolution that Sanders champions, the reversal of the Citizens United decision and ending the corrupting evils of money that the case has brought, Sanders and Clinton are in 100 percent agreement.

In a nation hungry for healing, Democrats are looking good.

Trump spent almost an entire week defending his ill-advised use of a star that appeared to many to be a Star of David, accompanied by dollar bills in the background, that set off alarms among many Jewish voters.

Make no mistake: Trump is not anti-semitic. His problem is that it would have been easy for him to simply state that the use of the star was an innocent mistake and he apologies to any voters who took offense in a way he never intended.  But Trump does not accept responsibility for mistakes, let alone apologize to those offended by them. So the controversy dragged on, and on, when it could have been put to rest within hours.

Meanwhile, many Republicans are having a collective nervous breakdown about the wise decision of FBI Director James Comey to criticize Clinton for her use of private servers but to decline to prosecute her—which he correctly claimed was a decision that almost every official in his place would have made. The FBI Director has earned a stellar reputation on both sides of the aisle for rock solid integrity, and partisan hearings by Republicans in Congress that criticize him only remind voters why some three-quarters of Americans give unfavorable ratings to the GOP Congress, according to Real Clear Politics.

The difference between the parties was dramatized by the fact that New York Mayor Bill de Blasio is making a major effort to support the justifiable grievances of Black Lives Matter while offering full support for those police who honorably protect our communities. Former Mayor Rudy Giuliani, on the other hand, launched an incendiary attack against Black Lives Matter that contributed to national divisions at the worst possible moment.

In a nation that hungers for more unity and less division, Democrat de Blasio speaks for our highest aspiration, while Republican Giuliani rubs raw the wound of our division.

The Republican National Convention will be defined by the many prominent Republicans who are refusing to attend, and by the many nationally respected Republicans who refuse to endorse Trump. The Democratic National Convention will be defined by the strong and growing sense of unity, as Sanders and Clinton supporters join hands and one leading Democrat after another will give passionate speeches rallying to the cause.

The Bernie or Bust idea is fading into insignificance, reduced to a handful of isolated voices who seem intent on electing Trump and the conservative Supreme Court his presidency would bring. The Bernie supports Hillary movement is coming, intent on electing progressives to all levels of government and the liberal Supreme Court that a Clinton victory will surely bring. By Labor Day there will probably be more than 90 percent to 95 percent of Sanders supporters backing Clinton.

As he prepares to reenter the presidential campaign in full force, Sanders will benefit from a second surge—reminding voters about the extraordinary contribution he has made to American politics, claiming fair credit for a progressive Democratic platform, and rallying to the cause of revolution that will be advanced by a Democratic victory in November.

My hope and expectation is that Sanders will relaunch his small donor movement with a form of the People’s PAC I proposed some time ago, raising substantial money from small donors that will be used to support liberal Democrats running for the House and Senate in November.

Voters will soon witness two political conventions like the a tale of two cities. The Democratic convention will be a story of unity with purpose, while the Republican convention—united by nothing more than hatred of the Democratic nominee and bitter divisions—pits Republican against Republican.

In a nation hungry for healing, Democrats are looking good. 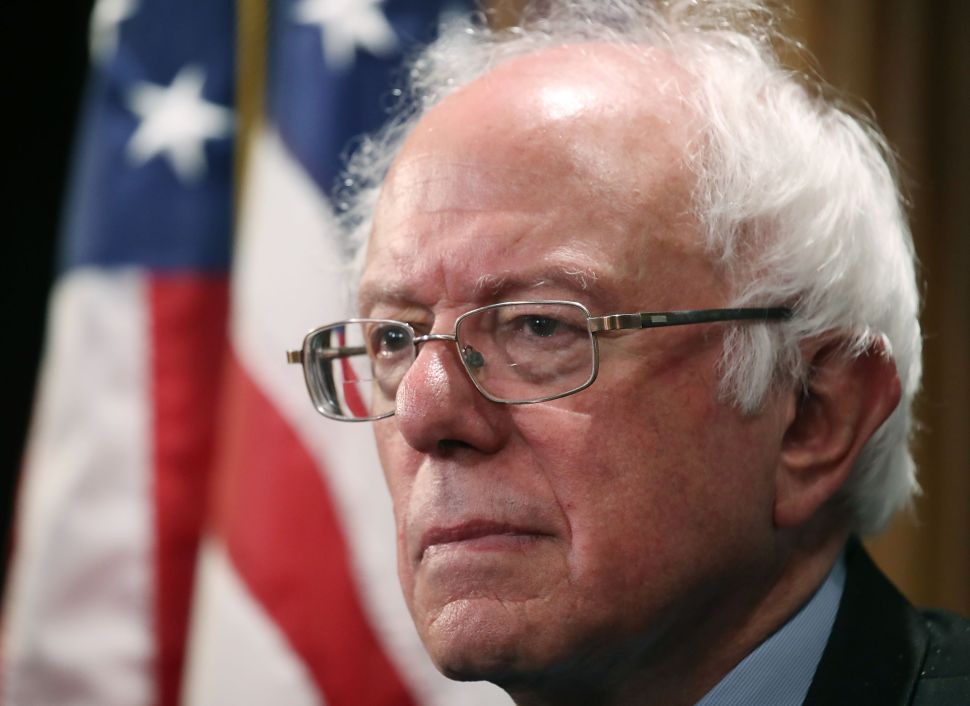