This week, the affections of the internet were captured by Stranger Things, Netflix’s retro, Spielbergian sci-fi show.

Seriously #StrangerThings is so good. The cinematography, the writing, the music, everything is on point.

#StrangerThings is like a combination of Alien, Super 8, ET, Twilight Zone. Sooo great! Must watch if you like horror/Sci fi

One episode in and #StrangerThings is my new favorite show. Flight of the Navigator/ET vibe, Winona Ryder, sci fi… Byeeee, real world.

The best compliment I can pay #StrangerThings? That I'm irritated I didn't think of it first.

This show has the cutest fan art ever.

OBSESSED with this #StrangerThings art by @LaneGarrisonArt – These kids are the best and I want to take them home. pic.twitter.com/Q64WqO1X18

just started whatching #stangerthings , awesome! this is just a fast digital …it's supposed to be Eleven 😁 #fanart #sketch #paintstormstudio

They're not quite finished yet but here goes ! Mike, Jonathan, Lucas & Dustin from #StrangerThings pic.twitter.com/S4XbNnhH6s

Warning: not for late night binge-watching.

when u try to sleep after #strangerthings 😬 pic.twitter.com/eaDI449ouB

I am so, so giddy about watching Winona Ryder carry a television show. It is heaven.

Winona Ryder is phenomenal in #StrangerThings I'm just incredibly impressed with every scene she's been in. Shades of Close Encounters.

Would I like to get on my rotary and tell everyone to watch Winona Ryder revive all that was good about 1983 on Netflix? Why, yes I would.

All of this political talk is overshadowing the fact that #VicePrincipals on HBO is the funniest pilot that's been on TV in, like, forever.

@Georgia_MayKing watching #VicePrincipals & it is too funny! Looking forward to the season, these two guys antics & of course more Georgia!

Why have Danny McBride and Walton Goggins never been in a show together before? Comedic genius! #VicePrincipals

#VicePrincipals is fantastic. Helps with my Eastbound & Down withdrawals. Danny McBride… #KennyPowers lives on!

I mean, if RuPaul likes it, what else matters?

Scene stealing Walton Goggins on #VicePrincipals is beyond brilliant. The rhythm of his line delivery hypnotic.

@RuPaul Finally caught up with #VicePrincipals and have to ask, Is Goggins supposed to be gay or just very southern. pic.twitter.com/RbuEB6ZInu

Not a bad idea from this political mastermind. 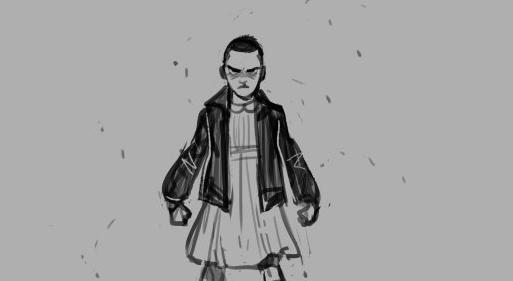