Ever since Elon Musk founded SpaceX in 2002, millions of people have followed his quest to launch advanced rockets that could allow humans to live on other planets.

Among Musk’s early devotees was a young lawyer named Berin Szoka. While clerking for a federal judge, he learned about SpaceX and began considering its implications on the law.

“I was riveted, and thought it would be a fun focus for my legal work,” Szoka told the Observer.

Szoka parleyed that passion into TechFreedom, a nonprofit, nonpartisan technology policy think tank that he founded in 2010 and still leads today. He also serves on the Federal Aviation Administration’s Commercial Space Transportation Advisory Committee (COMSTAC) and on the board of directors of the Space Frontier Foundation, a nonprofit citizens’ advocacy group focused on advancing commercial opportunities for humans in space.

But Szoka wasn’t the first lawyer to make the galaxy his specialty—when James Dunstan attended Georgetown Law School in the early 1980s, he fretted that conventional law subjects “bored (him) out of (his) mind.”

As a self-described “weird techie guy,” Dunstan was attracted to outer space, founding the Georgetown Space Law Group. After graduating, he served as the space and computer game law expert at the now defunct law firm Haley, Bader & Potts for over two decades before he formed Mobius Legal Group in 2010.

“In 1983 there were snickers, but space law is a real thing now,” Dunstan recalled.

Indeed, both attorneys are at the forefront of a branch of the law that may not be widely known, but has existed for more than 50 years.

Space law has been regulated since 1959 by the United Nations Committee on the Peaceful Uses of Outer Space (COPUOS). The field also abides by the UN’s 1967 Outer Space Treaty, which states that all parts of space, including moons and planets, are free to be accessed and explored by all countries, and that any object launched into space remains the property of the launching state.

Several issues in modern space law, however, have tested the limits of these age-old agreements. Chief among these is asteroid mining, which involves extracting materials like gold, silver and platinum from meteors and then using them as construction materials in space or on Earth.

To address this, the Senate last November unanimously approved the U.S. Commercial Space Launch Competitiveness Act, which stated that any resources mined by American companies in space are the property of the miners.

Rather than being excited by this news, however, both Dunstan and Szoka expressed caution. Dunstan pointed out that the bill only applied to domestic space missions but did not address UN concerns.

“Does it comport with the Outer Space Treaty?” he wondered.

Szoka went further, arguing that the bill fails to regulate a process for asteroid mining. “Extracting resources from the moon is a very real business opportunity that could create an entire economy,” he said. “The United States has not fulfilled its obligation for supervision of companies beyond Earth orbit.”

Another area of growing concern for space lawyers is commercial and private spaceflight, through companies like SpaceX or Richard Branson’s Virgin Galactic, While excited about these developments, Dunstan worried about their potential impact.

“We’re on the precipice of a real revolution in launches, but we don’t have the launch infrastructure or regulatory environment to license all of them,” he said.

Of particular concern is the number of organizations involved with rockets’ development from the ground up—the Federal Aviation Administration (FAA) licenses vehicles and approves payloads, but any approved satellite must then receive a remote sensing license from the National Oceanic and Atmospheric Administration (NOAA) to scan the Earth. After this, the Federal Communications Commission (FCC) must assign the rocket a radio frequency so the crew can communicate with officials on the ground.

“Rockets are gonna start looking more like airliners, but the FAA doesn’t separately license every flight out of LAX,” Dunstan said. “From a timing standpoint the system is rapidly breaking down—it was designed at a certain pace, but things are moving a lot quicker now.”

“This patchwork is basically manageable for today’s program, but is really problematic for flexible flights in the future,” he said.

“We’ve got a pretty good handle on sharing stuff in orbit. Whether it’s the moon, Mars or asteroids, we have a fundamental principle of ‘do no harm.’” – space lawyer James Dunstan

The two lawyers diverged, however, on the best solution for the problem—while Szoka said there should be a “one stop shop” for space issues outside of the FAA, Dunstan said that the current national and international laws could be smoothed over with cooperation.

“Rather than trying to slay the dragon, we should agree not to interfere with each other,” he said. “Bilateral agreements or common practice can fill in the holes.”

Dunstan would know— in 2000 he negotiated the lease of the Mir Space Station to the Russians, using a standard commercial building lease.

“Everyone stayed within the bounds of the Outer Space Treaty, so they were able to do what they wanted,” Dunstan said.

While space law may seem like an alien discipline, Dunstan said that it utilizes the same principles as terrestrial law, as the Mir lease shows.

“You just have to take it one set of circles at a time,” he said. “We’ve got a pretty good handle on sharing stuff in orbit. Whether it’s the moon, Mars or asteroids, we have a fundamental principle of ‘do no harm.’”

“Once you have a legal regime capable of looking at things beyond orbit, that regime can be applied anywhere,” Szoka agreed. “You just need to recognize operation and ownership.”

Space law isn’t always so serious, however—Szoka said his fellow attorneys are often jealous of his work, much to his delight.

“Just about every lawyer I ever meet finds the idea fascinating and wants to know more,” he said.

Dunstan knows this feeling all too well—after he appeared on the BBC to discuss his space law work, his image and job description lit up the Internet.

Outside of social media, however, Dunstan’s favorite part of the job is hanging out with fellow “propeller heads.”

“I spend more time with engineers than lawyers,” he said, “And I’m fine with that,” 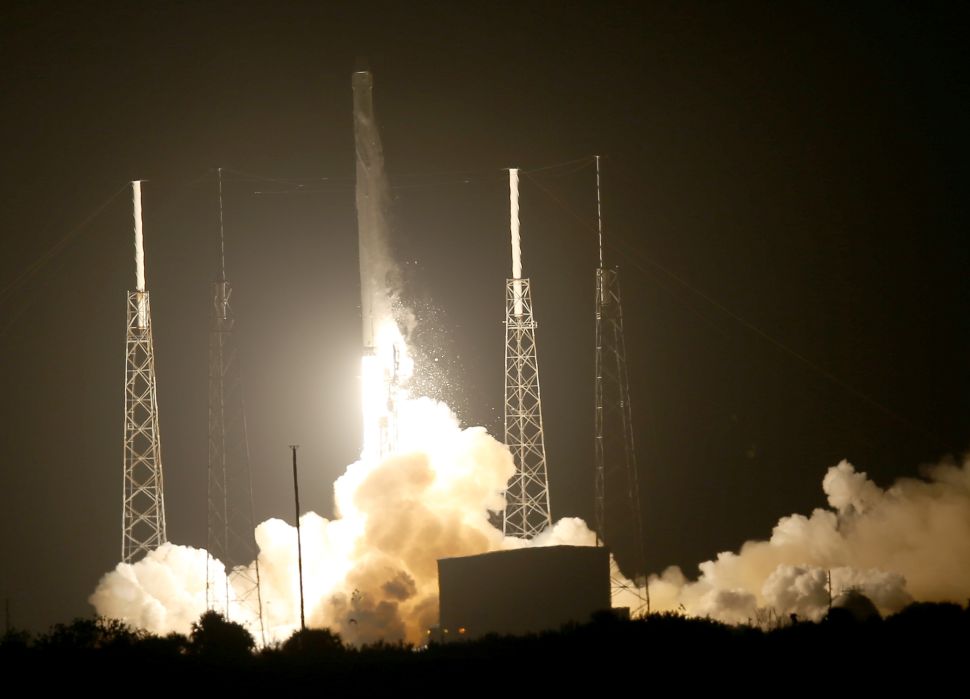