Brainy and brawny—a rare combination of qualities among leading men in Hollywood that hasn’t strongly applied since Roberts Ryan and Mitchum—personifies Viggo Mortensen and sets him apart from just about everybody else on the contemporary screen. He displays plenty of both, not to mention a mesmerizing talent, in Captain Fantastic. Despite a frustrating fizzle of a finale, it’s a movie that enthralls the senses and engages the mind for two hours, proving no movie is too long when you’re having fun.

Far from the idiotic action-hero escapism the title implies, Captain Fantastic is about a super-dad named Ben Cash, a rugged mountain man who educates and raises his six children under the spacious skies and spreading evergreens of a great American wilderness in the Pacific Northwest, far from the toxic conventions of organized society. They read Dostoevsky instead of Harry Potter, and listen to Bach instead of rock, but they also grow their own vegetables, bathe in cold streams, eat the raw heart of a deer to prove manhood and hunt for fish and game with a bow and arrow (and sometimes with their bare hands) instead of prying open a beer can and nuking a TV dinner in the microwave. At night around the campfire they study quantum physics, play their own musical instruments and discuss Middlemarch and The Brothers Karamazov. And eschewing everything commercial, they celebrate Noam Chomsky Day instead of Christmas. It has all paid off. Eldest son Bodevan (a fine performance by England’s George Mackay) is so brilliant he’s been accepted for college by mail without entrance exams. But a gripping family drama propelled by unconventional parenting takes an abrupt left turn when Mom commits suicide after a forced hospitalization and at the insistence of his kids, Ben reluctantly travels back to civilization to attend her funeral. The clash is instantaneous when the Cash family’s pure but primitive values collide head on with capitalism.

The shock of television, the extravagant variety of products for sale in grocery stores and the awesome serving of cooked food they didn’t kill themselves opens new windows for the Cash family and Ben is forced to re-evaluate his priorities to improve their lives. His kids can set bones and treat burns, but when they see how their relatives live, they begin to question their alternative lifestyle and visualize other opportunities they didn’t know about before, and Bodevan’s introduction to love with a member of the opposite sex makes the challenge of assimilation a no-brainer. Their grandfather (Frank Langella) wants them to go to a proper school to prepare for the real world and files to take custody of his grandchildren, causing a serious threat to the Cash family’s paradise when they realize there’s more to life than you learn from books.
The final 15 minutes are both unconvincing and too unsettling to justify all that came before. But two hours of thought-provoking filmmaking are superior to what you get most of the time these days, and the writing and direction, both by Matt Ross, are honestly, superbly realized. Above all, Viggo Mortensen overcomes every intrusion of doubt with a performance that is informed, inspired, ideological and overwhelming. He’s so sensational that he makes the film’s title come true with no strings attached. 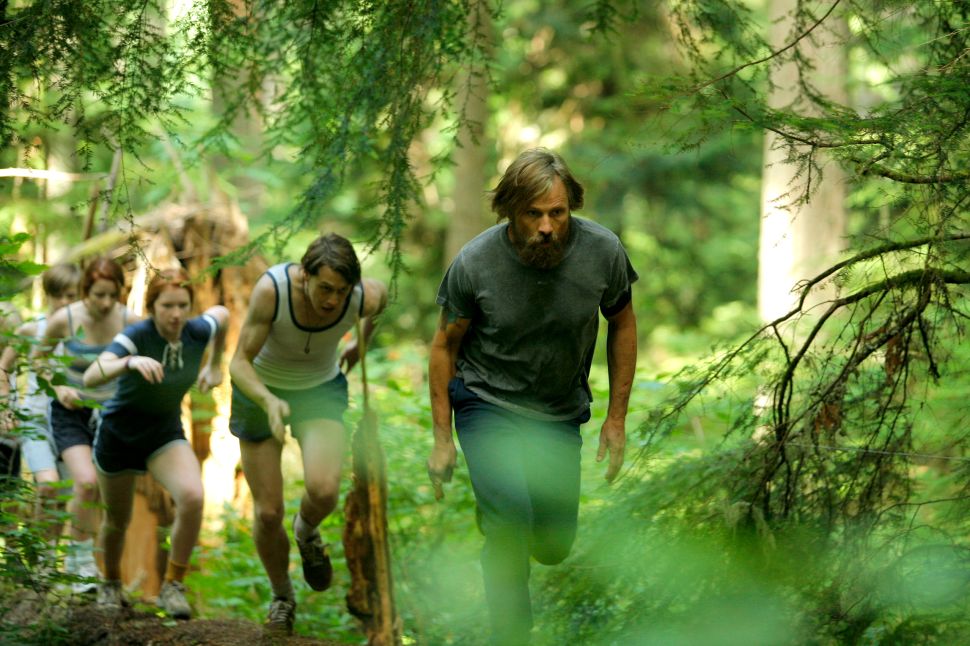