Breaking it down to the barest of bones, the showrunner of Survivor’s Remorse, Mike O’Malley, says, “This is about a guy who’s trying to be a good guy in a crazy world.”

To that end, the series follows the life of Cam Calloway a hard-working, young basketball star, a Boston native from a gritty neighborhood, who’s thrust into the limelight after signing a huge contract with a pro basketball team in Atlanta.

Helping Cam navigate his meteoric rise is his cousin and confidant, Reggie Vaughn. With Reggie’s help, Cam confronts the challenges of balancing the needs of his family with the rewards and responsibilities generated by their newfound wealth and fame.

Cam, Reggie, and the unforgettable group of characters in the Calloway clan, which include Cam’s mother Cassie, sister M-Chuck and his uncle Julius, wrestle with the rewards and pitfalls of stardom, love and loyalty.

Joining O’Malley in this venture is an actual professional ballplayer – LeBron James. James, along with his business partner Maverick Jones, produce the series under the banner of James’ SpringHill Entertainment company.

With this premise and the pedigree behind the series, viewers might think that much of the action of the show takes place on the basketball court, but in reality there’s very little actual basketball in the series.

O’Malley explains, saying, “I don’t want to write about something you can see on ESPN every night. There aren’t a lot of stories on the court that I’m interested in telling – like who are the other players, how’s the team doing, did he hit the game winning shot? This show isn’t about that, it’s about this family dealing with their new life and the life they left behind.”

For a comedy, the series tackles some pretty serious issues, including race, religion, and domestic violence, all with just the right blend of seriousness, wit and humor.

Explaining the underlying process for getting to these topics, O’Malley says, “If you really think about human behavior, you think about the mistakes you make in your life, and that’s when you start having useful stories. We can handle hardship and misfortune but the hardest thing to handle is when we mess up our own lives. That’s how I constructed Survivor’s Remorse. Everyone can relate to regretting something and struggling to figure that out. That happens to everyone in this family in some way or another and that’s how we get into all of these topics and issues.”

The series [amazing!] season two closed out with a tragic event as Uncle Julius was involved in a serious car accident. While the narrative left his life hanging in the balance, astute viewers may have already figured our that Uncle Julius doesn’t survive the accident, given that the actor portraying him was cast as the lead on another show. Sadly, Uncle Julius’ death is confirmed rather quickly in the opening episode of season three.

What’s not resolved quickly is how each of Julius’ family members deals with the loss. Thankfully, the appropriate amount of time and weight is given to this continuing storyline. And, while it’s truly sad to see the terrific character of Julius leave the canvas, this departure gives each ensemble member, and the series overall, yet another terrific obstacle to deal with, and, true to form, it’s done extremely well.

The continued exploration of current topics told in a slightly off-kilter manner, something that Survivor’s Remorse does with a rare deftness, will continue, assures O’Malley. “The stories on our show come from us thinking about, ‘what can we do here that you can’t do anywhere else?’ There’s an appetite for real conversation about things [coming from] fake people’s mouths, things that because of the consequences you can’t say in real life, but things that need to be talked about and explored. We’re always open to tackle those and satisfying that appetite.”

Fortunately for viewers, it sounds like the creatives behind the series are just like their lead character – just trying to do good in a crazy world – and they’re doing it with just the right concoction of humor, depth, and reality that this crazy world needs. 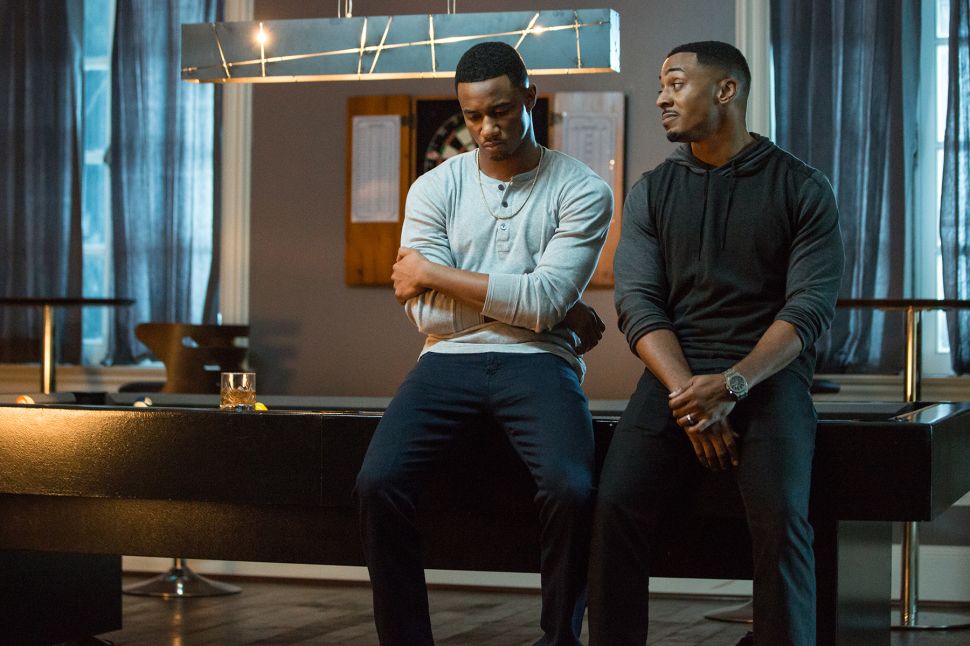