It’s still only July, but the first September issue of the year has dropped and it features none other than America’s first family. No, it’s not the Obamas; it’s the Kardashian-Wests. Kim and Kanye grace the cover of Harper’s Bazaar, but the fun doesn’t stop there: the naturally controversial couple will be honored at a major NYFW bash at the Plaza Hotel this coming fashion week.

The duo were selected for the gig by Bazaar‘s global fashion director, Carine Rotifeld, who has been a longtime champion of their role in the fashion space. She tapped none other than Karl Lagerfeld to shoot the couple, while Stephen Gan creatively directed. Kim and Kanye were clad in plenty of Yeezy outfits, plus some threads by Dior, Ralph Lauren and Prada. But really, the photos are not the main focus of this article. It is, of course, the ridiculous words that come out of Kim and Kanye’s mouth, as if each were competing to win an award for most absurd phrase. To save you the time of reading the entire thing (although, if you want to, head over to Harpersbazaar.com) we plucked the five best quotes from the whole Q&A.

2. “I can smell when someone has a cavity. It’s a very specific smell—not a bad-breath smell—but something that is really strong.” – Kim

3. “I used to have insecurity about my finances, then I announced that I had debt, and now I don’t have any insecurities.” – Kanye

5. “I used to do nude selfies in my single days.You’d get a good cock shot here and there. [Laughs.] Gotta keep it rock ‘n’ roll.” – Kanye 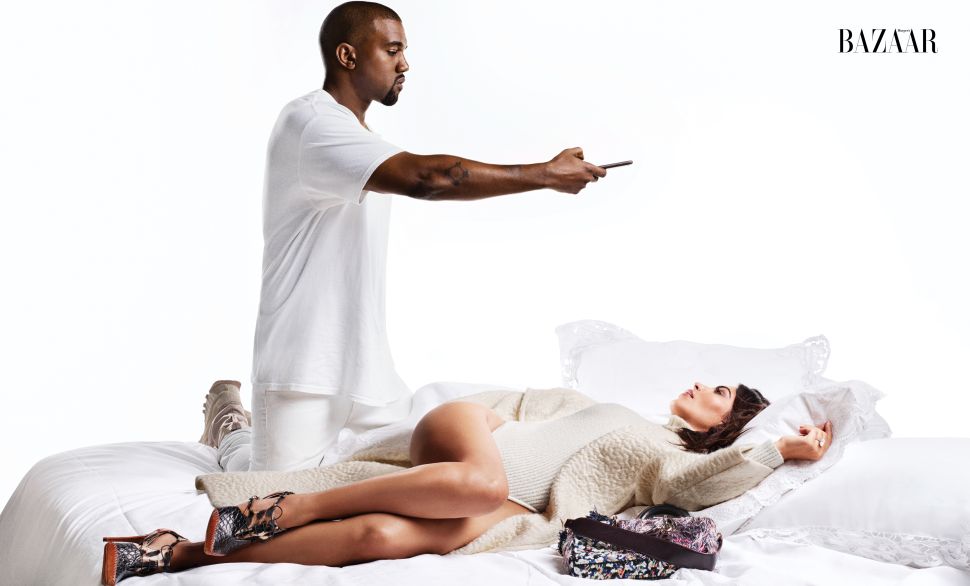