“In Massachusetts Lottery, a Tie Counts as a Win” the Boston Globe headline reads, exposing the widespread practice across the United States, including New York, of state officials statistically counting as “winners” players who get their original lottery ticket purchase price returned, but no more. So that gets me thinking: Are games of chance really games at all? Are lottery players really players? And does counting ties as “wins” amount to cheating the public?

A game, it seems to me, requires strategy and tactics. A player who wants to win enters a contest or competition with a strategy—a general plan of play. During the game, the player adjusts moves as a response to opponent’s moves, all the time trying to win. Now lottery players could argue that playing “lucky” numbers—children’s birthdays or anniversaries—amounts to a strategy. But I don’t buy it. Since the actual payoff often depends on how many other purchasers chose that same combination of numbers, determining “unpopular” numbers may increase the payoff in case you win—it may help you win more. But unpopular numbers will not increase your odds of winning in the first place.

So lottery officials who advertise draws as wins hardly “cheat” at the game, because it seems they’re not administering a game in the first place.

Games offer a wide-ranging mix of skill and luck necessary to win. Chess requires almost all skill—I say “almost” because players sometimes mis-analyze a position and make bad moves—moves that fail to accomplish their immediate objective, but later in the game prove effective for wholly different reasons. When deciding on the move, the player completely missed that move’s hidden potential, but ends up winning because way down the road that piece luckily happens to be placed on the right square. Poker and bridge require much skill with a little more luck mixed in.

Or a game can require barely any skill at all, as in blackjack. And if a game requires opponents to overcome obstacles in order to physically move mass in space we call it sport. Of course sports contestants too, although exercising great strategic and physical skill, often win or lose on lucky bounces. But in the end, to count as a game, players must develop skills that increase their odds of winning.

Others disagree, distinguishing “games of chance” from “games of skill.” In all games of pure chance, observes Roger Caillois, a leading social psychologist of games, “the player’s attitude is the same. He does nothing; he merely awaits the outcome…he does not deploy skill, muscles or intelligence. Winning is the result of fate rather than a triumph over an adversary.” But to me, a “game of chance” is oxymoronic—and those who “play” them…well, you get the point. So lottery officials who advertise draws as wins hardly “cheat” at the game, because it seems they’re not administering a game in the first place.

But leaving that issue aside, is it really cheating to count ties as wins? A person cheats who deceptively attempts to gain an unfair advantage by violating (written and unwritten) rules she has promised to abide by. Assuming the rules require “truth” in advertising, critics argue that lottery officials obtain a deceptive, unfair advantage by misleading ticket purchasers as to the odds of their winning. But that throws us back to the original question: How to count draws? People “play” the lottery for different reasons. Emile Durkheim pointed out that the chance to be super-rich, no matter how remote, keeps the working poor in the game of daily life and drudgery. Most lottery players probably play as much for psychic satisfaction as for monetary gain.

So then the question becomes whether “winning” your original $2 or $3 investment truly counts as winning? In soccer and many other sports, a tie can be a win, qualifying a team for post season play. Against better opposition, psychologically, a draw can be a win. Lotteries are structured, of course, to pay out less than they take in. Thus, against that “superior” opposition, again tie can feel like a win. Many years ago, interviewing Bobby Fischer for a newsmagazine cover story, I had the opportunity to play five games of chess against this great grandmaster in his prime. Had I drawn even once—I didn’t come close—I would have counted it as a great victory. So psychologically, it is what it feels like.

Which gets me to life itself and this game of survival all but the suicides play. We engage in a constant attempt to overcome biological obstacles against a greater opponent that so far always beats us in the end. Give us this day our daily day, we silently pray as we wake up each morning. And if we do strategize—eat right, exercise, and avoid deadly dangers—if this day we don’t effectively foreshorten our lives, if we effectively play Death to a draw today, surely most of us rightly count that as a win. 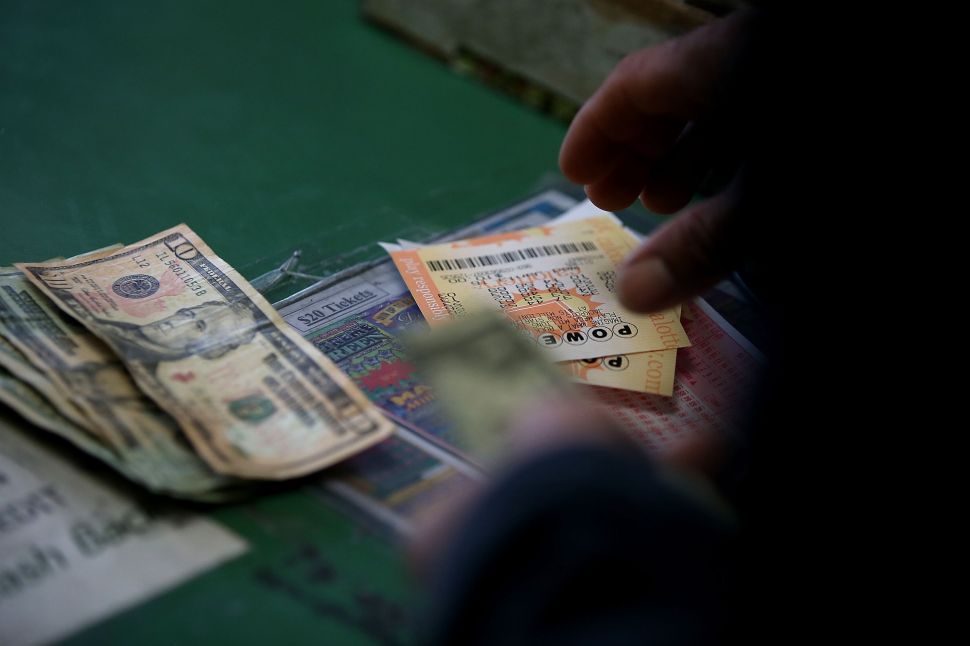